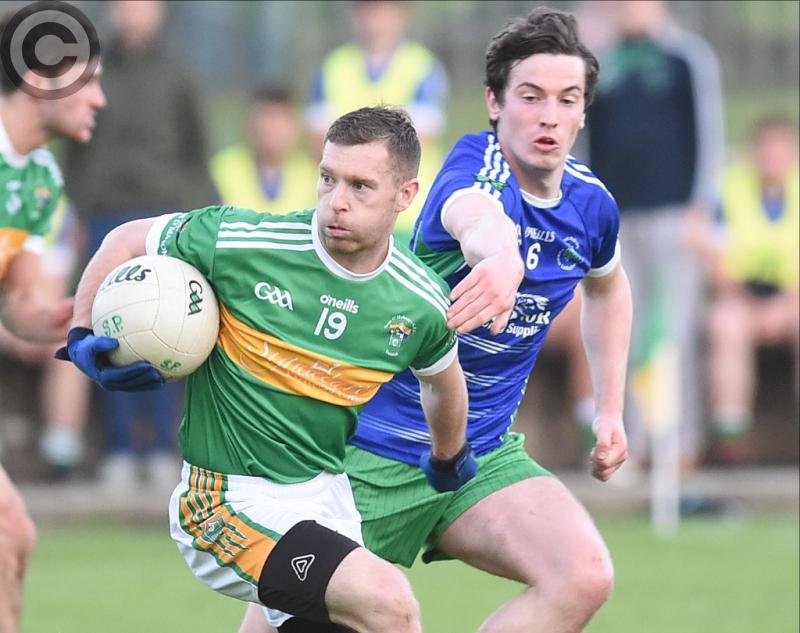 It was much better being a tipster than a Gaelsman over the weekend. The team I’ve played for, coached – yes, coached - and supported for as long as it’s been since Louth last won the All-Ireland, made an inglorious exit from the championship.

We were walloped by Dreadnots at Castlebellingham and that’s it for the season. When we next take to the field it will be in intermediate, the result of us having fared worst of all others competing in this season’s Cardinal O’Donnell Cup. The loss of key players through injury and emigration took its toll.

Though nearly beaten into submission after my Grove sojourn I still had enough enthusiasm to head for Clan na Gael Park. The reason was two-fold: my fancy for the junior championship, Young Irelands, were engaged in the first game on the programme, and Paddy Keenan would be making his return to St. Patrick’s colours in the main feature.

Irelands kept their side of the bargain, and in a few weeks’ time play Glyde Rangers in the final. They’re one of the three I named as my championship fancies in this paper a number of weeks back. If Naomh Máirtín win the senior, and Mattock Rangers the intermediate I’ll repeat a feat I last achieved in 2007, when, incidentally, Irelands were also the selection for the junior. But more than that, I’ll keep the current Demo GAA guru in check. Young Caoimhín has Blues, Mattock and Glyde going for him.

Máirtín’s made short work of O’Connell’s and Newtown Blues did the same on St. Joseph’s on Saturday evening. There was no shortage of goals in the former tie, just as there wasn’t at The Grove. Blues have yet to be tested. Quite obviously, they’ve adopted a different approach than last season, when they only picked up halfway through the year, but were still able to win the championship.

It was feisty as well as close in the Clan na Gael Park senior match. Pat’s got the decision, winning by a point. Keenan, back from America, scored six points, most of them from frees. He kicked with his left and right, and that’s how it was when the Lordship men were in their pomp. O’Mahony’s were without their talisman, John O’Brien, but Conor Crawley was there to do what he’s good at, taking the maximum from a high ball posted towards the goals.

Pat’s might just fancy their chances of bringing their number of title wins to eight after winning a first in 2003. They’ve drawn Máirtín’s in the semi-finals, and word from Páirc Eamoin is that Keenan will be available. Seán Connor, another with seven medals, one of them won as a full-forward the others as a goalie, is also back in the fold; Ray Finnegan and his brother, Dessie, retain the enthusiasm of novices.

Blues and Pat’s know what it’s like to win the championship; Dreadnots can get to finals but have yet to win one. Which leaves us with Máirtín’s. The Jocks have been in several semi-finals but, as they say, have yet to march behind the band. Some life was breathed into the old competition over the weekend; the best might be yet to come.