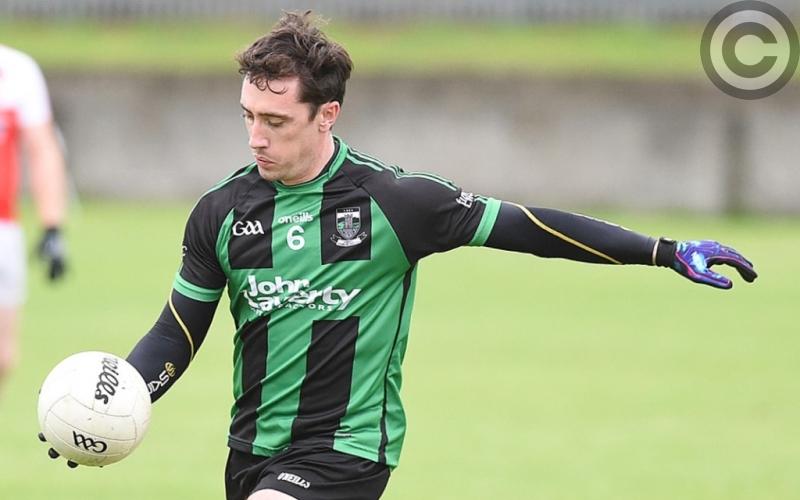 Dundalk Young Irelands will meet Glyde Rangers in the Junior Football Championship final after they saw off Roche Emmets in a dour semi-final at Páirc Clan na Gael on Sunday evening.

A match where scores proved hard to come by, it took Roche 46 minutes to manage a point from play, through their most prominent registrar, Shane Byrne.

Young Irelands were always in control and their seven first half wides were the reason why Emmets remained in touch at the turnaround - the half-time score reading four points to three in favour of the winners.

And while Adrian O’Donoghue’s men performed only marginally better in the second half, they remained comfortable in keeping Roche, who sorely missed the injured Barry O’Hare in attack, at arm’s length.

Roche’s wides tally finished in double figures (11) and while Byrne filled their marksman’s void to a fair extent from placed balls, one feels O’Hare’s presence alone would have been worth a portion of the royals blues’ deficit, at the very least.

Another contributing factor to the outcome was Young Irelands’ superior score spread. Seven of their players were on target, with captain Cian O Nairagh pointing twice from play, whereas only Byrne and veteran Kevin Callaghan contributed to Roche’s eight-point tally - another aspect which O’Hare would have handsomely aided.

Yet Roche could have stolen it at the death. They got a break 30 yards from goal, allowing Byrne to find Dan O’Connell, just the man manager Niall Callan would have wanted bearing down on the advancing Fergal Sheekey. He had two men to his left, who would have had an open goal, but understandably O’Connell went himself, driving the ball with searing pace, only for Sheekey to stop the shot with his left shoulder.

And straight down the field the Irelands went with the ball finding Dermot Mone who stroked over his team’s 11th point, one which, crucially, put three in the difference. Another Callaghan free shaved Roche’s deficit to two, though they failed to engineer another goal opening.

The Hoey’s Lane troops huddled at full-time, sounding something of a war cry to make evident their happiness at reaching a first championship final since 2010, when they claimed intermediate honours. But improvement is most certainly needed if they’re to inflict a second successive final defeat on Glyde.