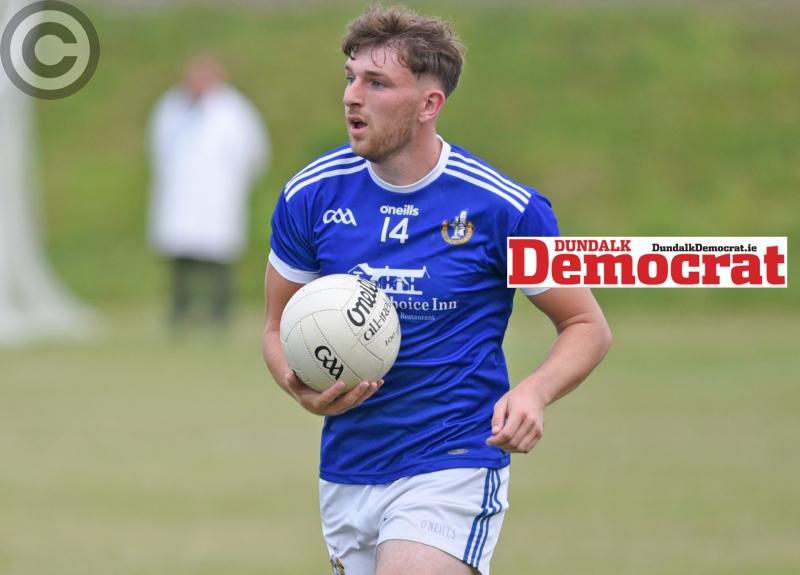 Some of O’Connells' training over the last six weeks would have been of the pre-season variety as they tried to maintain fitness levels ahead of Saturday’s Senior Football Championship quarter-final against Naomh Máirtín.

The league loss to Naomh Fionnbarra a matter of weeks back was something of an anti-climax to their campaign, but they were left ruing the fact that their season went beyond that date after this pummeling in Dunleer.

Paul Gallagher can’t and won’t be laying the sole blame for the margin of defeat at the feet of the County Board fixture makers. How could he considering their repeated mistakes led to them trailing by 16 points at the break.

And it’s no exaggeration to say that it could have been more with Bryan McQuillan cannoning the inside of the post as the Jocks poured through, though, in fairness, it could have been less had the men in maroon taken the goal chances that went their way.

Billed as one of the tussles of the weekend, the encounter was over as a contest fairly quickly with points from Eoghan Callaghan, who is surely in line for the Louth panel in the new year, and Sam Mulroy (free) preceding the opening goal from Mulroy, a penalty after James Clerkin had fouled Conor Whelan.

That battle became increasingly more one-sided with the O’Connell’s corner-back helpless to stop Whelan who was being accurately fed whenever freeing himself in the inside line. And the No. 13 soon got in on the goal-scoring act, converting firstly on 13 minutes after a quick interchange involving himself, Callaghan and Stephen Campbell, before he ruthlessly shot past Stuart Reynolds to make it 3-6 to a single point. Whelan and Callaghan (2) had floated over in between, with Robert Quigley opening the Castlebellingham side’s account.

In fairness, the game generally moved from one end to the other, but while O’Connell’s were blunt and failed to take their chances, Naomh Máirtín were clinical and attacked with conviction, and shortly after hitting the upright, McQuillan picked out the bottom corner for another goal.

Trailing 4-6 to 0-2, O’Connell’s players stood in a huddle at half-time before trotting ahead of their management to the dressing room, and they readied themselves somewhat, beginning the second period positively. But, unable to find a scoring touch, the Jocks went further clear before Jason Carroll blasted a consolation to the net. That came in the play prior to Niall Conlon pointing. For it to have taken 40 minutes for their main threat to get off the mark gave O’Connell’s little chance and so it proved. He added just two more before the close as Jim Farrell’s charges successfully nullified his influence.

O’Connell’s chipped away approaching the close, finishing on 1-9, but at a rate far inferior to that of Máirtín’s, who added 1-8 over the final quarter, with Campbell slotting their fifth major to the net.

A disaster for the Grove outfit. The Jocks march on.