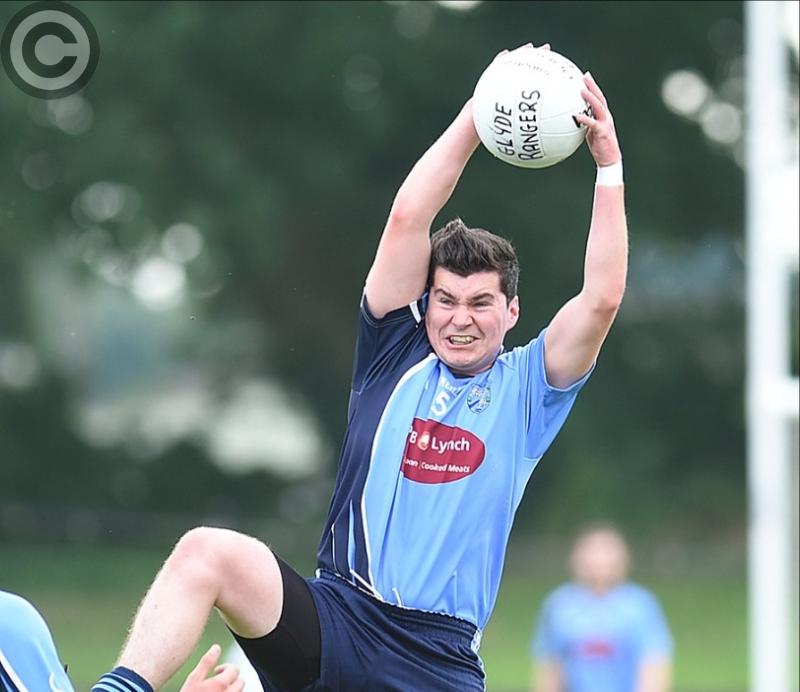 Glyde Rangers produced a strong final quarter to keep their Christy Bellew Cup dreams alive as they edged past Lannléire in an entertaining contest at The Grove on Sunday afternoon.

The Tallanstown men struggled to find their rhythm for long periods in this game as Lannléire came within a whisker of causing an upset, but they outscored their opponents 1-3 to 0-1 in the closing stages to book their place against Young Irelands in the final.

The Dunleer side set their stall out from the opening whistle and with Colin Murphy, Pierce Hawkins, Paul Callan and Killian Gregory all on target, they were fully deserving of a 0-6 to 0-2 lead with just 18 minutes on the clock.

Glyde were given a lifeline when Ciaráin Sheridan found the net from the penalty spot before two excellent points from Gareth Moran had his side ahead for the first time. However, they couldn’t build on that lead and scores from Murphy and Gary Monaghan had Lannléire leading, 0-8 to 1-4, at half-time.

It looked as if Mark Gilsenan’s charges would finally take a grip on proceedings when Niall Sharkey latched on to a Brian Duffy centre and crashed the ball to the roof of the net just two minutes after the restart.

However, Lannléire were determined not to let their chance slip and scored six of the next seven points through Gregory, Murphy, Paul Callan and Shane Kennedy to lead 0-14 to 2-5 with 15 minutes to play.

Once again Glyde found the net just when they needed it and this time it was Moran who fired low to the bottom corner as his side edged ahead, 3-7 to 0-15, entering injury-time.

The Dunleer men missed a chance to level matters when Alan Murphy’s free came back off the post and late scores from Paul Noone and O’Brien ensured it was Glyde who made October’s final.

Subs: Kevin Moran for Devaney, Gavin Duffy for Conlon, Paul Noone (0-1) for Brennan