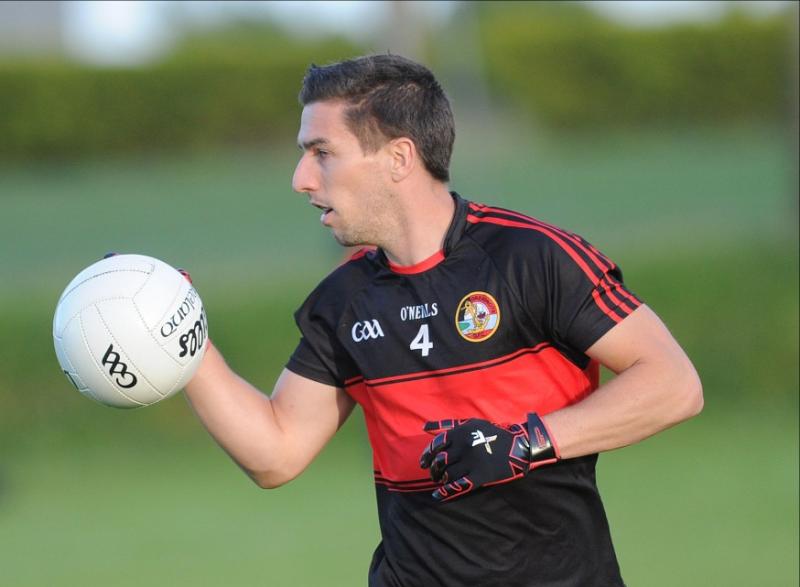 Dreadnots continued their quest for the Joe Ward Cup when they proved too strong for Dundalk Gaels in this Senior Football Championship quarter-final at The Grove on Sunday afternoon.

The Clogherhead men were full value for their place in the last four as they produced a clinical display in front of the posts to end Gaels’ hopes of making a return to the final.

In a game where well-organised defences ensured that space in attack was at a premium, the difference between the teams was Dreadnots’ ability to create goal chances and they took full advantage by finding the net on five occasions.

Gaels enjoyed an equal share of possession, but were too reliant on Gerard McSorley to provide the attacking threat and too often the county player lacked the support he needed to pose any serious questions for the opposition defence.

The Dundalk side’s hopes of a last four place suffered a serious blow within 20 seconds of the start when Cathal Lynch fired a low shot to the net after being set-up by Liam Shevlin.

McSorley got Gaels off the mark in the eighth minute, but they suffered another setback almost immediately when James Califf flicked the ball past Joe O’Donoghue after an effort from Páraic Smith fell short.

That score helped the Clogherhead men 2-2 to 0-1 ahead after Smith followed up with a point and from that stage they always appeared to have the game under control, without ever having to hit top form.

Despite the difficulty of the task ahead of them, Gaels showed great determination to get back into the game and points from McSorley, Éanna McArdle and David Moloney saw them cut the gap to three points approaching half-time.

However, Dreadnots upped the pace and a point from Lynch was followed by a Smith goal to send their side in leading, 3-5 to 0-7, at the interval.

The third quarter saw the men from the Ramparts continue to battle, but they lacked the goal threat needed and Dreadnots reminded them of what they were missing as they sealed the win with goals in the final quarter from Shevlin and Smith.