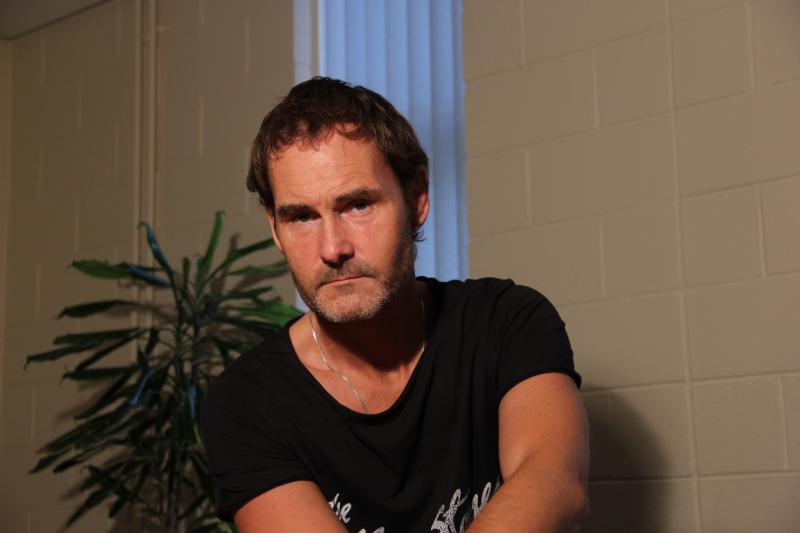 White smoke was seen coming from a chimney last week in Oriel Park that gave supporters the news that their beloved club was back in local hands.

After weeks of speculation, the news broke that a consortium led by Andy Connolly and sports technology company STATsports, owned by Alan Clarke and Sean O’Connor, had got the golden keys of Oriel Park back in local hands.

Along with Andy, the co-founders of STATsports had finally achieved their goal of getting control of ownership of the famous club. Once the consortium from the north pulled out of the race, the way was open for the local business people.

Following talks over a four-day spell between owners Peak6 and the final group left in the race, a deal was clinched. The news was out even before the club’s official statement that there was a takeover agreed. Media reports said that Peak6 were leaving the club €250,000 euro as part of the deal.

Supporters danced on the street in delight with the news. A club that once more seemed to be heading for the rocks dug deep and rose like a phoenix from the ashes with its future secured.

The message from Dundalk to its opponents, particularly some in Dublin, was loud and clear: Dundalk FC was going nowhere. They would remain a force in Irish soccer despite their recent slump. Of course, it’s not going to be an easy road back for the club and the new owners.

Andy Connolly knows that only too well. He and Paul Brown took over a club in 2012 that was on its knees. After surviving the relegation playoffs Andy, Paul and Kieran Bond went about their business diligently.

They had Stephen Kenny signed up to take over as manager by the end of November 2012. The rest is history. The club went into the most successful period in its history.

The local owners sold the club to Peak 6 in late 2017. With Stephen Kenny still at the helm, the American hedge fund saw Dundalk continue to enjoy success. Dundalk won the double and the new owners were in heaven. However, six days after their great 2-1 win over Cork City, came the news that Stephen Kenny was gone from the helm as Dundalk manager.

The Americans were in shock. Kenny was given the chance of first becoming under-21 manager of the Republic of Ireland and a guarantee of securing the top job as senior boss within a defined time frame. It was an offer he could not refuse.

Peak 6 quickly made Kenny’s assistant Vinny Perth the new manager and brought the league title back to Dundalk in 2019.
Vinny Perth started the 2019 season well, but the league came to an abrupt halt in early March due to the pandemic. At this stage, Peak 6 had handed control of the club to Bill Hulsizer, father of the owner Matt.

It was a bizarre and very sad period as the country went completely into lockdown. Football resumed in late July. Rumours began to persist that the new chairman Bill Hulsizer was interfering in team selection. True or not, Vinny Perth was let go bizarrely by Hulsizer.

The eccentric chairman appointed Filippo Giovangoli, who did not have the proper pro license needed to be recognized as a UEFA qualified coach. Thus Shane Keegan took over as manager but only in name. Dundalk won the cup that season and finished 3rd in a league that had only 18 games.

Jim Magilton was brought in as Sporting Director in December 2020. He told a press conference that he would be in charge of bringing players in and letting players go. It made sense in many ways. But even at that stage, I knew that was not going to happen. Bill Hulsizer would call the shots.

After a rough patch with swaps between Shane Keegan and Filippo Giovangoli as manager, Jim Magilton took over as caretaker manager. Jim’s short period as the boss was fiery. His weekly press conferences often made headlines. Magilton’s spell as caretaker boss saw Dundalk installing their fourth manager of the season. Ex-boss Vinny Perth was the choice.

Perth was not Magilton’s choice. This time Bill showed a good deal of sense by bringing Vinny Perth back. The club was a mess when he returned. He did not quickly turn performances round as Dundalk continued to linger near the playoff zone.

Perth stubbornly refused to hear talk that Dundalk would be caught up in a relegation playoff. But when Dundalk slipped into that place he said they would deal with it if they were faced with it.

Dundalk’s form improved hugely and they swiftly climbed to safety. As it turned out, they just missed out on Europe on goal difference. Perth always said that Europe was always a possibility and he proved it by coming so close.

During the Peak 6 ownership, the club won two league titles, two FAI cups and qualification for Europe over three years.
But despite all the money they spent they became alienated from the local community. Supporters staged protests outside Oriel as fans still could not gain entrance due to the Covid lockdown rules.

The supporters were protesting the way the club was being run by Bill Hulsizer and Peak6. When the supporters returned they let Peak6 know in no uncertain terms they wanted their club back. The Americans failed to understand that Dundalk FC lives in the hearts and souls of the local community. They failed to understand the club means everything to the people of the town.

When it became clear Peak6 were pulling out as they had bought a share in Wolverhampton Wanderers and had taken over Womens’ football in Monaco, we wondered who would come in and take over.

The setting up of a new supporters club in midseason was also great news. It will go from strength to strength now the club is in local hands.

For me, Peak6 did many things right and a huge amount wrong. They wasted a huge amount of money unnecessarily. They had no interest in developing Oriel or looking for a new stadium. To allow the club to be run from Florida was crazy. Its fortunes nosedived massively as it fell down the table and missed out on Europe next season.

But they seemed to have no business plan as to where they wanted to take the club to. Every organization needs a long term business plan and Dundalk was no different. But the Good Ship Oriel several times looked as if it was heading for the rocks until suddenly it found calmer waters as it began climbing up the table.

Bill Hulsizer’s policies of one-year contracts for players must come to an end for next season. The policy of two-year contracts must be resumed by the new owners. It will put to an end the poaching of key players as Derry have done by getting 3 key midfielders to sign pre-contract deals.

Changes are already happening at Oriel under the new owners. Sporting Director Jim Magilton has departed. Former club Secretary Colum Murphy is back. This is great news as he has been a huge asset to the club.

The new owners must decide on the future of Vinny Perth as manager. His contract was only very short term when he returned to the club earlier in the season. There are many that say the club needs a new manager. Vinny’s frequent defence of Peak6 when the club seemed to be falling apart irked supporters. He also got on well with Bill Hulsizer.

To his detractors, I would say that it would be an act of utter folly to remove Vinny as manager. The man walked into the club in the summer when the house was falling down. Did he make mistakes? Yes, he did. But in the end, he kept Dundalk in the Premier Division and stabilized things on the pitch.

Pat Dolan was full of praise for the new owners in Friday’s Irish Daily Star. Pat said as well that manager Vinny Perth’s success in stabilizing the club on the field and keeping them away from the playoff zone was an even bigger achievement than him winning the League and EA Sports cup in 2019 and only being a penalty shoot-out away from the treble.

It would be a serious mistake to remove Vinny as boss. He knows the league better than anyone. His style of attacking football will continue to bring the crowds in. However, it remains up to the new owners.

STATsports are very eager to replace Dundalk’s plastic pitch at Oriel and install a proper grass pitch. I have no idea if they can get this done for the coming season.

Dundalk played Derry in the last game of the season on Friday. I am sure it was a tense affair after the way Derry signed three of Dundalk’s players for next season. Dundalk has used the pre-contract way of securing players in the past for the following season.

Derry did nothing wrong by securing the three Dundalk players for next season in a pre-contract deal. Had these players been on two-year contracts Derry would not have got them.

Finally to the new owners thank you so much for returning the club to local hands. I have one request. Please start on a plan to totally redevelop Oriel or develop a new stadium. You must do this. It has to be at the top of your priorities.
Have a safe week.