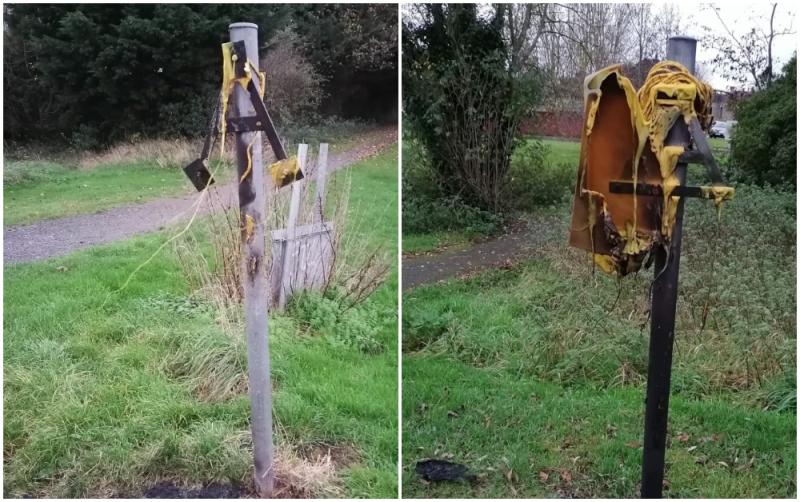 The two lifebouys destroyed on the Navy Bank

A Louth Senator has said that the vandalism of two lifebouys on the Navy Bank is "disappointing" to see, after they were found to be destroyed.

Senator McGahon told the Democrat that it was "really disappointing" to see the vandalism of the lifebuoys and that he cannot understand why anyone would do it.

"It's just really disappointing that someone would vandalise and burn lifebuoys. Lifebuoys are there is save someone's life in the event of an emergency, and it's just really not acceptable," said Senator McGahon.

"What possesses someone to want to destroy something that's been designed to save a life? I just don't understand it and over the years, the Lifebuoys on the Navvy Bank have always been a target of vandalism."

Senator McGahon said that he has spoken to Louth County Council about the vandalism and that the council have begun the process of replacing the two lifebuoys.

This is set to cost a minimum of €1,000 per lifebuoy, according to the Senator.