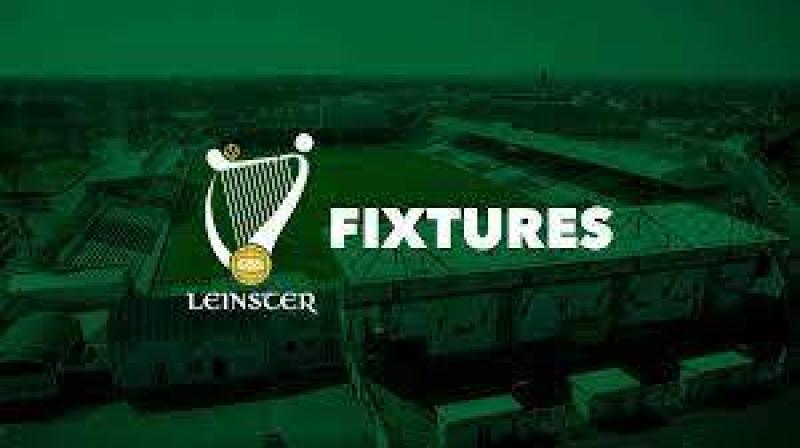 After a long hiatus following their cancellation last year due to the Covid-19 Pandemic, the Leinster Club Championship makes a triumphant return this weekend with three Louth teams in action and all at Louth venues.

First up on Saturday afternoon in Drogheda is the Glen Emmets who after successfully bagging their place back into Intermediate football at their first time of asking with their win over John Mitchels take on St Vincents of Meath in the Junior Championship (Throw in 1PM).

St Vincents have gone unbeaten through the group stages, as did the Tullyallen men at home too, before then being pushed in the knockout stages. They defeated St Ultan’s by a point in the semi-final, 0-16 to 2-9 and then narrowly saw off the challenge of Dunsany in the final by 1-4 to 0-6.

The most interesting narrative going into the contest is that current St Vincents manager, Ardee native Hugh Durrigan was the Emmet’s manager for the last two seasons before joining the Meath club in 2021.

Meanwhile at the same time over in Dowdallshill, St Fechins will look to build on their Louth Senior Hurling title, a first since 2016, when they take on Westmeath side St Oliver Plunketts in the Leinster Junior Hurling Championship.

The Mullingar based side defeated Ringtown to land the Westmeath Intermediate title by 1-18 to 1-11. The club have fallen down the ranks in their county having been in the Senior final eight years ago but are rising back to power and offer a formidable challenge.

They actually won the trophy back in 2001, while St Fechins were defeated by eventual All Ireland finalists Mooncoin from Kilkenny 1-19 to 0-10 in the 2016 quarter final having earlier beaten Wolfe Tones from Longford when last competing in the competition.

County Senior champions Naomh Mairtin make their Leinster debuts on Sunday in Haggardstown (throw in 1PM) and after dismantling all that fell before them in the Wee County they will now look to put the Carlow champions Rathvilly to the sword.

As Sam Mulroy was boasting in the limelight and lifting the Joe Ward Cup in Ardee, over in Netwatch Dr Cullen Park the Slaney men were easily beating Bagenalstown Gaels by 0-17 to 1-9.

Last weekend while the men from Monasterboice were busy preparing for a historic first Leinster campaign, their opponents this Sunday were ending another club’s date with the history books as they shocked Eire Og to end their bid for five county titles in a row.

It was Rathvilly's eight title, a first since 2014 however they now face into a third game in as many weeks against a Martin’s side that will no doubt have had their spies down the country investigating every possible chink in their armour. Yet both teams will fancy their chances on Sunday.

Meanwhile on Wednesday there will be more Provincial action for St Fechins who will make trip to Ashbourne to face the Meath Intermediate Champions Trim (Throw in 7:30PM).

The men in green and gold had to work to earn their county title when overcoming a gallant effort from Cooley Kickhams but had showed serious promise in early encounters throughout the campaign.

Trim on the other hand romped home in their local decider against Oldcastle, goals from Eoin O’Connor, Aaron Lynch and Declan Dowling helping them clinch the trophy by 3-13 to 0-7. Having bagged 13 goals in their campaign so far, the Fechins may have their work cut out for them.