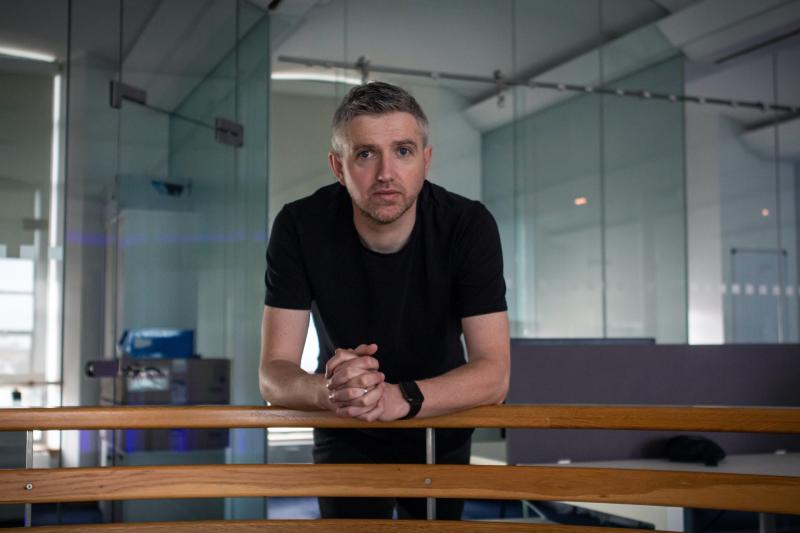 After four years of American Investment firm Peak6 ruling over Dundalk FC, the club is now firmly back in the arms of the locals as former owner Andy Connolly linked up with STATSports founders Alan Clarke and Sean O’Connor to seal a takeover of Oriel that was confirmed by the club last week.

Already you can sense the excitement around the town as they look forward to once again being owned by a group that cares about the football team, its results and it's ability to make an impact on Dundalk as a whole.

No longer is the club’s sole purpose to get into Europe, buy and sell players and ultimately make an already successful investment firm more money. Regaining the roots within the community is their key objective as they look ahead to next season and beyond.

"Myself and Sean always had conversations around this being something we would like to do in the future but the reality is you can never choose when you get to take up this kind of opportunity and if we didn’t step up now, it might not be there in the future," said Alan Clarke co founder of STATSports on the club’s website.

"It all happened very quickly over the past couple of weeks. It went from being on the cards to being off and then being back on again but the more we spoke about it, the more we looked into it, and the more conversations we had, the more excited we became about it."

Clarke and O’Connor are involved in a very well respected and highly successful sports technology company that provides an unparalleled, all-encompassing sports science and performance analysis service within the elite sporting industry.

They know how much those links with top clubs in places like the Premier League could help bring the Lilywhites to the next level and are keen to utilise their experiences there to help the club while also showcasing Dundalk and Irish football as a great place to develop young players.

“From our end of things at STATSports, we are lucky that we get to see inside and behind the scenes at the world’s best clubs and organisations, not just in football but across various sports” stated Sean O’Connor.

“We can bring the experience of what works and what doesn’t work. There’s no rocket science involved in it. The places that perform well; the common thread is that they get the basics right. Our links with other clubs have already been mentioned.

“We’ve already spoken to some teams and over the years we’ve always said that Dundalk and the League of Ireland is the perfect platform for English clubs, or clubs beyond that, to send their players to play in an adult league, at a competitive level, as opposed to U23 or reserve team football.

"We are hoping to build on some of the relationships that we have to avail of at that level that would be able to bring a different dynamic to the team and the club and excitement to the fans."

The STATSports duo are not just involved with GPS Trackers, they are engrained significantly within the fabric of sport in the town. Sean’s late father Michael O’Connor is a former director of the club back in the 1990’s and was well known also for his time working with Bellurgan United.

Meanwhile Sean’s business partner Alan was a gifted player who won a plethora of medals with local clubs such as Rangers, Rock Celtic and Glenmuir and has coached schoolboy and Senior teams down through the years. His family is also synonymous with Clan Na Gael.

O’Connor was saddened by what has happened at the club and is hopeful they can bring back the community elements that have been lost in Dundalk FC since the takeover by the US giants in 2018.

"We know, and everybody knows, what Dundalk FC means to the area. When the club does well, the town does well and we want to make sure that the relationship with the local community, local businesses and with individuals are tangible and alive and well.

“That the connection between the club, players and supporters is real. I think that’s something that only community ownership can bring.”

While STATSports bring a huge deal to the table through their links within the wider football and sporting worlds, O’Connor was keen to stress that both Andy Connolly and brother Martin (who has returned as Chief Operating Officer) were vital cogs to any success they might have in this venture.

“Part of the appeal for myself and Alan in all of this is that Andy and Martin come with the experience of knowing what works and what doesn’t work at Dundalk FC” he continued.

“That was fundamental. We have a business that consumes all of our time, and we won’t be able to commit all of our time to Dundalk. That’s why the blend of ourselves and Andy works really well.”

The first game under the new regime will take place this Friday night when Derry City come to Oriel Park for the final game of the SSE Airtricity League season.

Patrick McEleney and Michael Duffy have already stated that it will be their final game for Dundalk but O'Connor said that discussions had started and were ongoing with the current staff and playing squad. They hope to announce some exciting news in the coming days.

"We’re not sitting on our hands," he said. "This has happened later in the season than any of us would have wanted. A couple of weeks could have made a huge difference but we are trying to move things forward and move them quickly.

“There are certain things that take time but we hope to bring positive news in the next couple of days on that. It’s going to be a hectic few weeks but once we get a few key appointments in place, we can start to build on it."