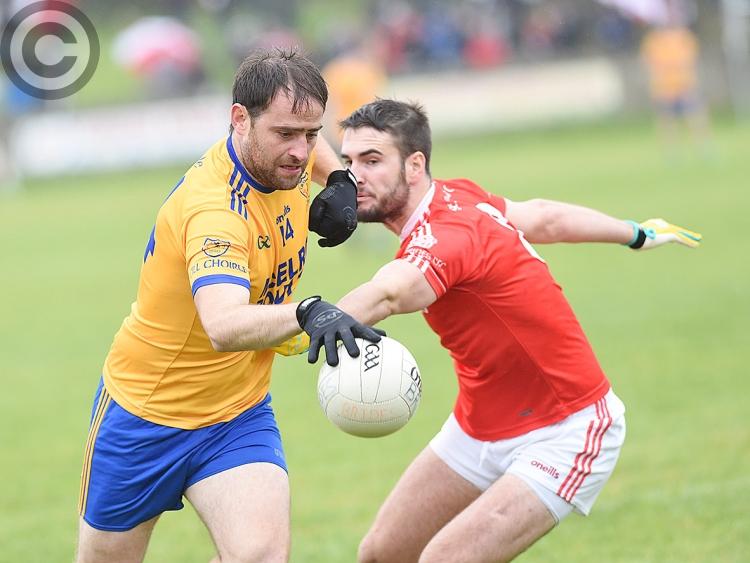 Kilkerley Emmets' Shane Lennon will have a big say in whether his team can get over Mattock Rangers in Sunday's CTI Business Solutions IFC final in Stabannon. (Pic: Arthur Kinahan)

When it was put to members of the Mattock Rangers and Kilkerley Emmets camps that staying senior is easier than winning the intermediate championship, both felt they were capable of competing at the elite level. For one, that will be the reality of the situation come Sunday evening.

In one corner you have a pack of serial Joe Ward champions and a glut of talented newcomers, who have come together to earn the Collon men a solid Division One finish and, of course, entry to a first IFC decider since 2016.

Meanwhile, Kilkerley, The Democrat’s favourites for this weekend’s Stabannon meeting, are aiming to uphold an intriguing trend of recent years, with each of the past three Seamus Flood Cup victors having come in mid-table of Division Two.

Assessing the final, it appears as though Emmets have a style of play that complements their respective components. Through withdrawing a member, or a few, from their forward line, space is left for Tadhg McEnaney and Shane Lennon to exploit, while Daniel McKeown has really come into form as Micheál Begley has begun to leave his mark.

In Cathal Bellew, at centre-half, they have got arguably the grade’s standout player and how Mattock go about curbing, or at least reducing, his influence will be interesting.

However, Rangers aren’t a top-flight contender for no reason and by drawing from their semi-final pain of the last two years, they have confidently negotiated their way to this point. Yet they will need a display they are yet to produce if their exile from the top tier is to be prevented from entering a fifth season. Moving the ball at pace, something which they haven’t done through their run, will be of paramount importance if Emmets’ defence is to be put under the necessary scrutiny.

If a ready supply of ball can be forwarded David Reid’s direction their title tilt can gather momentum, but semi-final goalscorer Shane Hickey could well be the match-winner, especially if Mattock can manoeuvre him into a position whereby he can maximise the effect of his pace.

All in all, Mattock have the better team, but Kilkerley have outstanding individuals. It’s hard to see how McEnaney and Lennon will be stopped.