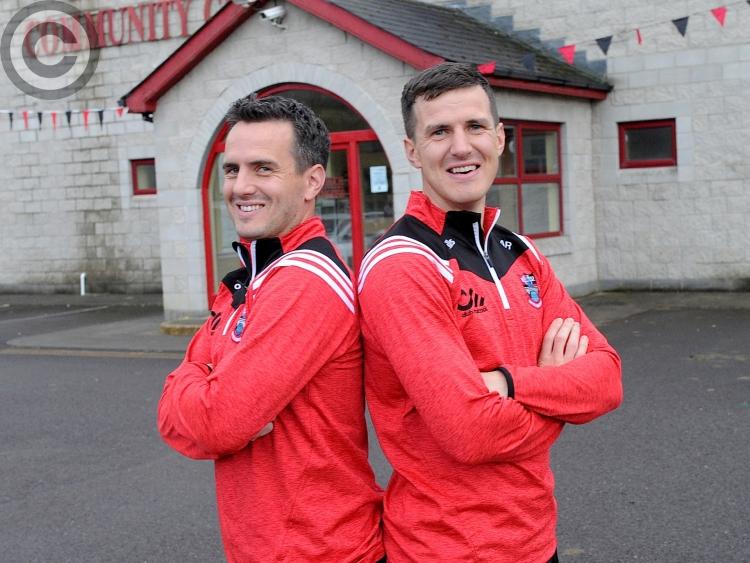 David Reid recalls the seconds after Mattock Rangers were declared senior champions in 2002. A landmark triumph in the Collon club’s history, it was their first time as Louth’s premier side.

“I suppose I was an 18-year-old and maybe the emotional side of me wasn’t developed,” the now Mattock veteran tells The Democrat, as rain begins to drizzle on the roof of their home ground’s stand.

“He came straight over to me afterwards. He said: ‘We did it, we eventually did it’.”

At that moment, there is emotion in the eyes of the Reid brothers, David talking as Adrian listens.

The ‘he’ is, of course, their legendary father, Damien, one of The Wee County’s best-ever footballers, a Mattock Ranger who Joe Ward avoided in his heyday.

“He was a very modest man who absolutely lived for football. We travelled to Cork to see Louth playing league matches growing up,” David adds.

“I think the significance of the first championship win was probably lost on us as the younger players, but to him and a lot of people around the village, to get over that line eventually, you could see what it meant.”

But “it’s gone full circle” now, he concedes, and as the Reids approach Sunday’s IFC final against Kilkerley Emmets, seeking to win their fifth and fourth championship medals, they realise the importance of victory, of returning Mattock to the place where it’s felt it belongs, in the senior grade, the level where they have enjoyed so much success. 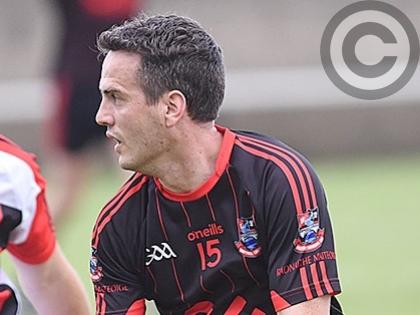 Take 2005 for example, when they saw off Newtown Blues to take home Mr Ward for the second time. Adrian, 15 in 2002, featured alongside David, while Damien was a selector. The triumph meant an awful lot.

Fast forward four years to their next senior title, the demolition of Cooley Kickhams in the Clans. With the prize in the bag well in advance of full-time, a wave of fervour hit Adrian and he found David afterwards for consolation. Damien had passed away and wasn’t there this time. Likewise, the year after, when a two-timer was turned up.

They’ll search for the other on Sunday evening, if referee Thomas Brennan is calling for the ball with Mattock in front. Their father will be looking down as Mattock jump up.

It would be the perfect outcome to end a “sour” and “hugely disappointing” few years in the second tier.

Adrian: “The semi-final in 2005, we were after beating Monasterboice (Naomh Máirtín) in Drogheda.

“Me, being the sensible one of the two of us, I was home and around 4 o’clock (in the morning) I heard something outside. I just assumed we were being burgled, but this lad (David) had decided to bring most of the team home.

David: “Our selector at the time, Earnie Roche, had a Micra. I’d say there was about 11 of us in it.”

Adrian: “Eleven lads in a Nissan Micra at four in the morning…”

David: “We lived up a road with a very steep hill and I think halfway up the hill lads had to get out because someone said it was going to roll back. We couldn’t get the gears to change.”

Democrat: “Who was driving?” 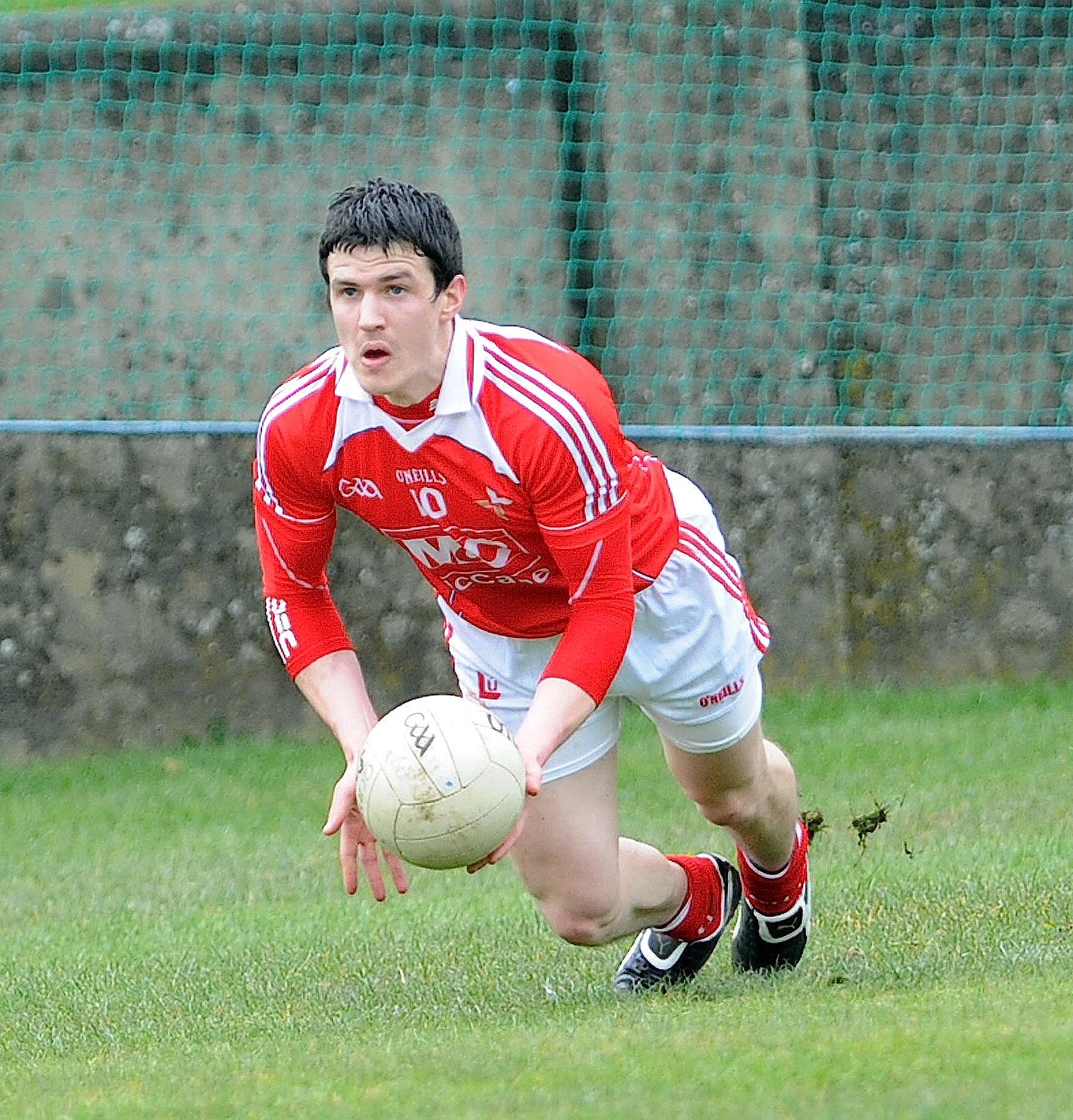 Adrian: “He was a selector…”

David: “Those were the times…

“I remember Shane Grimes was gonna bury the Joe Ward one day. Lads started to get worried because he’s the type of fella who would do it and not tell anyone where he put it.”

Adrian had earlier said that it was “important not to get side-tracked”. A bit late for that...

Fourteen years on, the lads are married and have two kids apiece, all of whom will be there to cheer their fathers on in Stabannon. Win, lose or draw, a repeat of David’s ’05 brainwave is unlikely, although no-one has ruled out Seamus Flood being buried alive!

Priorities have changed, as have circumstances. Football is no longer the chief focus of life. It’s now more about organisation and juggling domestic commitments to suit the demands of playing.

Adrian retired from inter-county duty two years ago and it took some getting used to. Although it has helped him enjoy his “strongest” season in years, an Achilles problem having been a plague towards the end of his decade-long term with Louth.

David, on the other hand, is one of the outstanding club players whose elite-level career never truly clicked like it ought to. All the talent, ability and attitude necessary, but just not an ergonomic fit.

How many times did they play alongside each other for Louth? 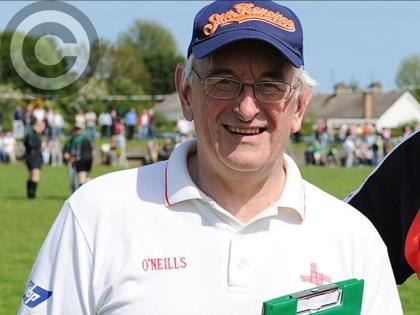 “God rest him, Paddy Clarke would have told you straight up,” says David, who doesn’t know.

“Not too many, I suppose”, adding: “My form didn’t transfer to the county, I’d be the first to admit that. Was it my physique or something to do with my build at inter-county level? Possibly.

“There were other times I felt I possibly could have been utilised better, but that’s not putting blame anywhere, it’s just looking back now that I’m a year or two more experienced.

“It didn’t materialise for me county-wise. I don’t really have many regrets, just a bit more disappointed that it didn’t work out.”

It hasn’t worked out for Mattock at the intermediate grade either. They had aimed to replicate Kilkerley’s ‘straight-back-up’ achievement of 2015 when dropping down a flight the following year, but St. Joseph’s knocked the stuffing out of them in the decider, before brutal semi-final losses to Clan na Gael and St. Mochta’s over the seasons to follow.

“We’d two completely under par semi-finals in 2017 and last year against the Mochta’s, and we got our comeuppance,” Adrian asserts.

“It’s like this: We’re intermediate for the last four years. Should we be there? That’s not for us to say, we’re there and in that position.

A wise man once said: “We did it, we eventually did it”. They live in hope.