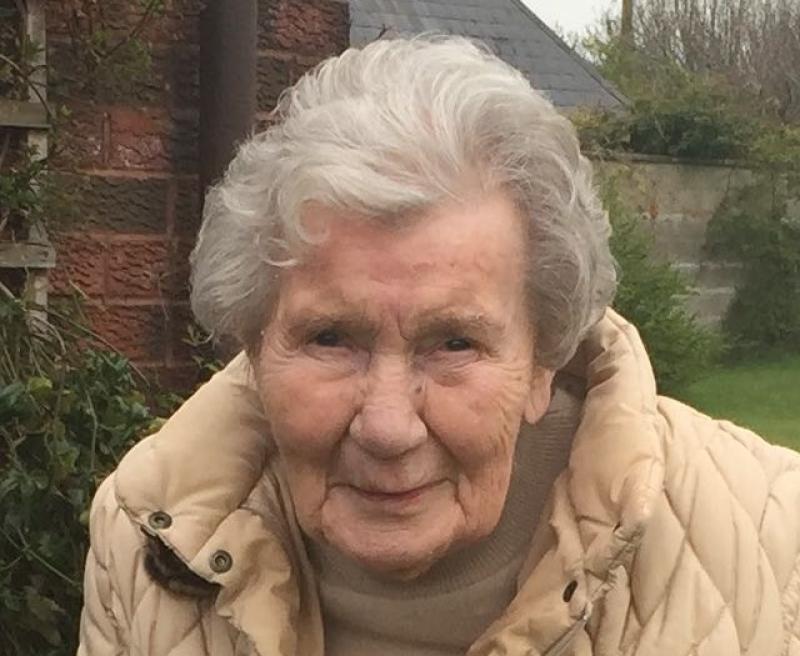 Oonagh was a qualified Vincent’s nurse prior to her marriage to the late Pat O'Hagan MRCVS (Royal College of Veterinary Surgeons), and they had five children.

She is survived by her daughters, Mary (Mc Keown), Dairina (Mc Keown), Kate (Scott), and her two sons, Pat and Michael. She is survived also by her brother, Rev. Fr. Michael Kelly S.J. who lives in Lusaka, Zambia, and by her 16 grandchildren and 11 great grandchildren.
She lived most of her married life in Ballymascanlon, which the couple and their family loved. When the family had all flown the nest, the couple moved to Faughart.

Pat died in 1996 and a few years after Oonagh moved to Elm Park in Blackrock. It was a wonderful home for her, surrounded by lots of good neighbours and friends. She loved living there and was a keen bridge player and a very good one by all accounts.

She was a very enthusiastic and accomplished gardener, evidenced by two nights after her death her garden was awarded a commendation in the tidy towns’ competition. Her gardener of 31 years, Paul Sharkey, rightfully collected it on her behalf.

While attending the blessing of the graves in Calvary Cemetery in Ravensdale on May 29th, she fell and broke her hip. She was admitted to the Lourdes Hospital in Drogheda and after several weeks between three hospitals, her family took Oonagh home to Elm Park on July 19th, four days before her 89th birthday.

There she was cared for by four wonderful carers and family members. After a long five month struggle, she finally lost her battle. She passed away really peacefully and serenely on Sunday 30th October. She may have lost the battle, but she won the war.