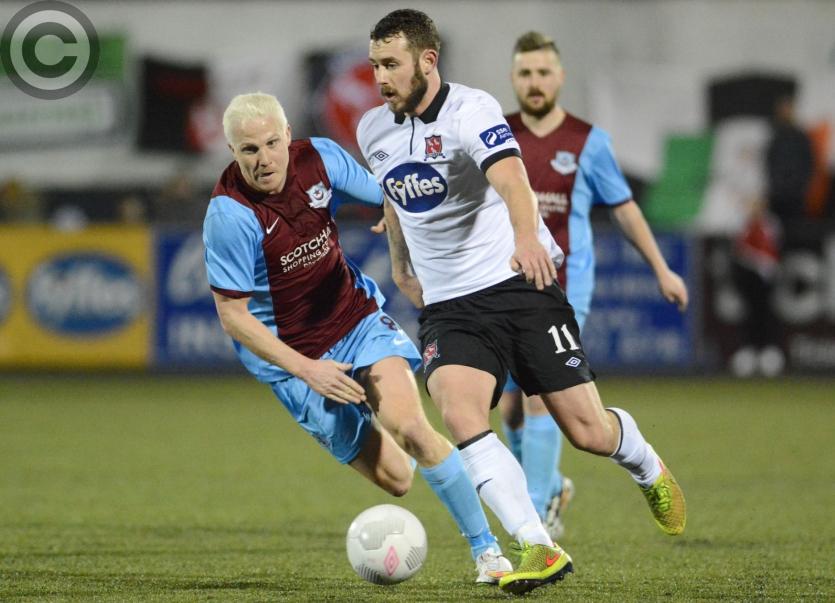 Stephen Kenny is not jumping to conclusions over who will fill the void left by captain Stephen O'Donnell's potentially season-ending leg injury.

The Dundalk FC manager says the team were left in a similar situation when O'Donnell suffered a cruciate injury against Shamrock Rovers in 2014 - something which kept the Galwegian out from April to October.

“It can happen in strange ways. In 2014, when Stephen got injured, it seemed like an absolute catastrophe because he was our main player. We thought ‘who would step up’ and we thought maybe John Mountney or Keith Ward (would fit) in that position.

“But the man who stepped up in his absence was Kurtis Byrne and he ended up playing every week. That was a surprise because Kurtis was really a striker who we converted to the number 10 position.

“So other players who you may not expect to step up possibly can and we’ll have to wait and see how that evolves over the next few weeks.”

Prior to his injury, O'Donnell had shaken off an ankle problem and played regularly in recent weeks.

“His diet has been impeccable and he’s been really light and in good condition,” said Kenny.

“We had been easing him in, we’re always conscious (of rushing him back). He played 120 minutes in the League Cup and then he played 70 minutes against Derry before he then got 90 minutes against St. Patrick’s.

“He was so good in that match and the team were so good that I went with the same team again (against Waterford).

A player who Kenny perhaps envisaged stepping into midfield in O'Donnell's absence - just as he did before being replaced through injury in last night's game with Bohemians - John Mountney could now be absent for a period of time due to the recurrence of the knee injury which kept him out earlier in the campaign.

Daniel Cleary's hamstring injury is to be assessed in the coming days ahead of the match with Sligo Rovers on Friday night. He is, however, suspended for Monday's trip to Derry City.

Meanwhile, midfielder Karolis Chvedukas is to visit a specialist in London over the ankle problem which has kept him sidelined in recent weeks. Kenny confirmed that, despite several injections, the injury has remained unhealed.  He has not played since the March 16 match against Waterford.