The 'skipper is due to undergo surgery in the coming days 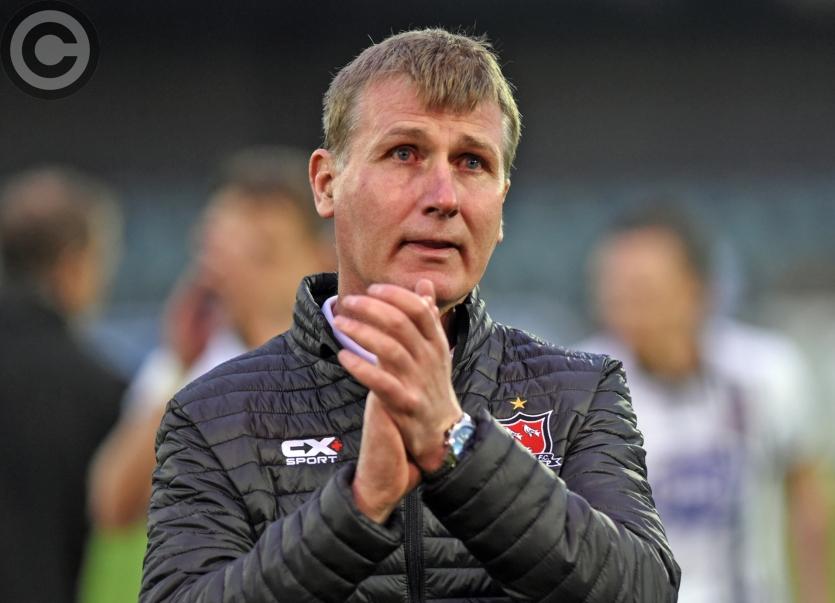 Dundalk FC manager Stephen Kenny has called the leg break sustained by captain Stephen O’Donnell during Friday night’s league defeat to Waterford FC “a catastrophe”, but is refusing to rule out the midfielder from returning to action this season.

The 32-year-old sustained a broken tibia in his right leg shortly before half-time in the 2-1 loss at the RSC and is due for surgery in the coming days, once the specialist knee surgeon becomes available.

It is the second major injury that O'Donnell has suffered at the club having damaged the cruciate ligaments in his left knee in April 2014, only to return later in the year and inspire the Lilywhites to the league title.

“It’s a massive blow to Stephen and the team, but especially to Stephen himself,” Kenny told The Dundalk Democrat on Sunday.

“It’s just one of those catastrophes for him to break his leg like that. It’s a really bitter pill to swallow. It was just a freak situation because he hasn’t had a problem with that leg before.

“Everyone’s very disappointed for Stephen personally. I know how hard he works, and how dedicated and focused he is. He’s a terrific footballer. But I still have a strong feeling that he’ll have a big impact on our season.”