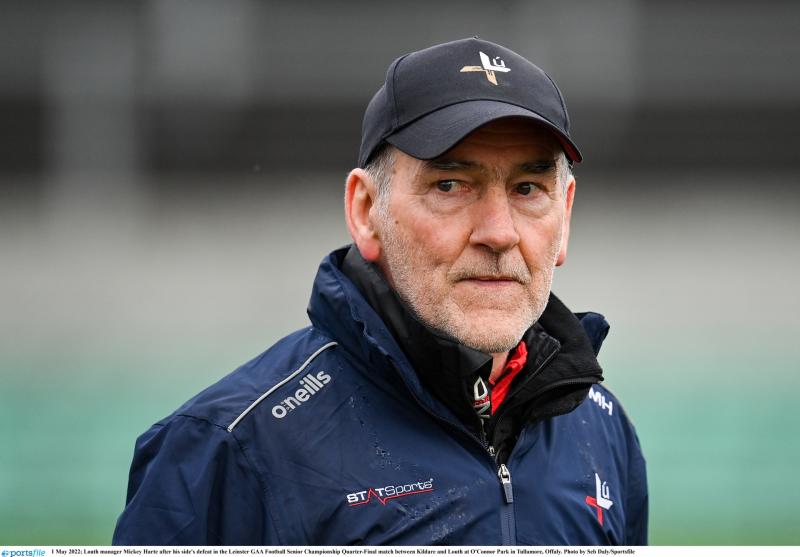 After a couple of weeks to regroup following their Leinster Championship loss to Kildare, the Louth Footballers are back in action this Saturday when they make the trip South to face Cork in Pairc Ui Chaoimh (Throw in 2PM).

Last night manager Mickey Harte announced his starting 15 for the round one Qualifier clash with the Rebels, a team which sees two changes to the side that were defeated in O’Connor Park last month.

The Tyrone native has shuffled both his attack and defence but does so at the expense of his two wing backs as both John Clutterbuck and Eoghan Callaghan drop to the bench. They have been replaced by Tom Jackson and Craig Lennon.

Tom takes up Clutterbuck’s role down the channel while his brother Liam reverts to the flank having started the last game at wing forward. The Full back line and keeper remain unchanged with James Califf, Dan Corcoran, Bevan Duffy and Donal McKenny retaining their jerseys.

Liam is replaced on this channel by Conal McKeever who will be partnered in the half forward line by captain Sam Mulroy in the centre and Ciaran Downey on the far wing. This allows Lennon to slot in at corner forward alongside Conor Grimes and Ciaran Byrne.

The team in full is below:

Division 3B Roundup: Stabannon come out on top in top of the table clash