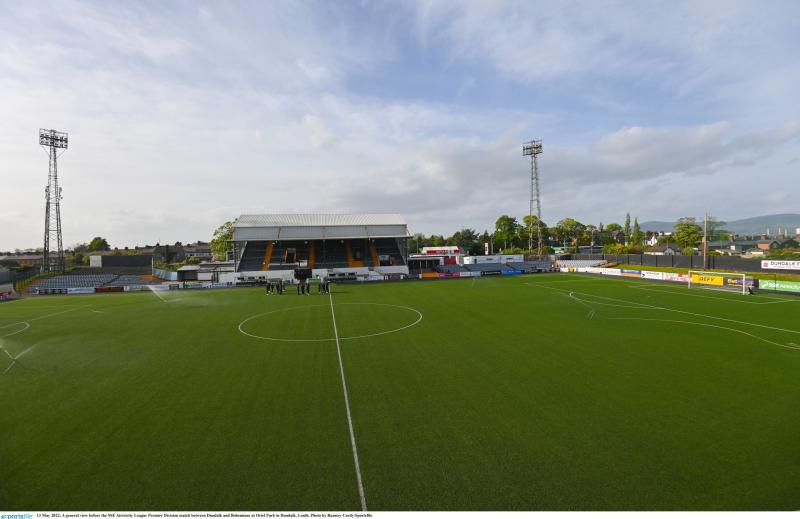 As of earlier this month, Jim McCourt had still to make his Oriel Park bow for the 2022 season. But don’t bet on it not happening before the league is decided or the Cup is tucked away in some club’s trophy cabinet.

You don’t, after all, have over six decades – maybe seven – of trooping up the Carrick Road and not retain an affinity with the old grounds and especially the team that peddles its wares there. There’s also the season ticket, bought, as always, before the season got underway.

Jim’s most recent missive tells us of his grapple with a few issues, the kind of which are constant companions of those of us whose weekly chores include a visit to the Post Office on a Friday.

Nothing serious, it’s good to hear, just enough to have him wait until the light lasts longer at night and it’s not necessary to wear your heaviest coat.

Technology that was only a thought in some fertile mind when the man from Bay Estate first made it up to Oriel allows him to take in most matches.

He’s a regular streamer, and it keeps him in touch. He thinks Steve O’Donnell is doing “okay in my book”. It’s a young team, and “considering the mess left behind by Peak6, I cannot complain”.

Less ambitious than the Dundalk Gaels clubman who is also an Oriel regular and who said here last week he’d be happy if O’Donnell’s team finished third in the league, Jim believes it would be “some feat if we finished in the top four”. We’ll see who is closest.

Inside Track said Jim is probably taking more than a passing interest in the Waterford hurling team’s progress, due to the inclusion on it of a number of the Ballygunner players.

As those who have nothing better to do than read this page on a regular basis will know, Ballygunner is not only the best team in Waterford but the entire country. It was founded by Jim’s uncle, James McGinn, who, when he left this part of the world to teach in the south-east back in the 1950s, knew very little about hurling.

James was, however, well versed in soccer, but found that as there was no appetite for the head-the-ball game among those in his new base he had no alternative but to reach for the more familiar caman and sliotar when it came to engaging his young charges in sport.

He couldn’t have imagined such a rewarding outcome, though he had long gone to his reward when the ‘Gunners’ collected club hurling’s greatest prize late last year.

Jim says he has always followed Ballygunner’s fortunes, and, not for the first time, mentions the fact that a Dundalk Gaelsman once brought him along to an All-Ireland hurling semi-final. (I have a feeling he’s taking a bit of a dig at me. Like, me, a soccer head, was there and you probably couldn’t get a ticket.) They were in the “dear part” of Croke Park , and along with the game enjoyed a nice lunch.

It’s good to hear from Jim; the hope is that it won’t be long – if it hasn’t happened already – before he’s back among the faithful.