Division 3A Round Up: Easy wins for Na Piarsaigh and Glyde Rangers 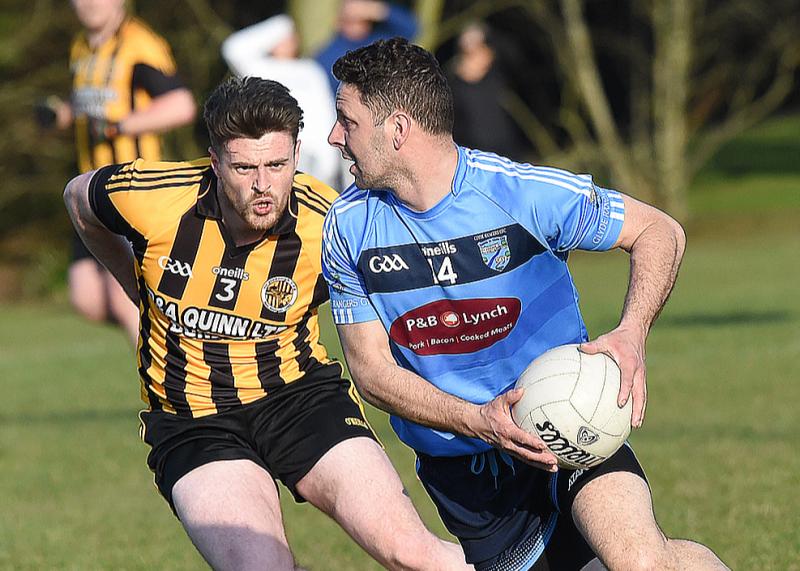 The enthusiasm of youth saw Glen Emmets overpower Lannléire by four clear goals last Saturday night in Cusack Park. Alex Carolan had a debut to remember bagging a hat-trick on his first league start as the Tullyallen men have brought that early season form with them into Division 3A.

Carolan and full forward Kealan O’Neill combined to find the net in the 16th and 20th minutes either side of Dunleer corner man Killian Gregory’s goal. Gregory ploughed a lonely furrow all evening for Lannléire with 1-7 on the night.

At half time, Glen Emmets led 2-5 to 1-6 and Carolan bookended the half with two goals while Cian Talbot found the net in between. Dunleer were outplayed and could only respond with four second half frees.

Kyle van Rijhn however could hold his head up with an excellent performance, but Carolan looks to be a real find for Ray Lambe’s side.

Another season and another familiar tale. David Boyle continues to find the back of the net for Na Piarsaigh Blackrock and did so again in their opening day victory over the Westerns in Reaghstown.

Boyle poached home two goals in the one sided affair but credit to Patrick Kerley who found the range with three points from play for the hosts. Mark Larkin and Robbie O’Hanlon both found the net too and cancelled out Justin Cunningham’s major.

Sean Geeney came off the bench for the Rock Road side to finish out the rout as Na Piarsaigh Blackrock look to get out of Division 3A fast with a victory under their new name.

Alan Kirk was once again the difference for Glyde Rangers in their triumph over Naomh Malachi in the league. The left footer’s goal in the first half set up the home side last Friday night.

In a tight opening half, Glyde led 1-2 to 0-3 at half time on the back of the former Ardee St Mary’s man’s strike. Malachi’s were right in the game, but the goal took some momentum out of their sails.

An early goal from Padraig Moley reinvigorated the visitors charge and they found themselves two points down entering last 8 minutes.

Fergus Flynn’s side then powered on and scored the last five points of the game. Fitness, and the clinical Kirk and Trevor O’Brien clipping over four in total helped them record an opening day win.