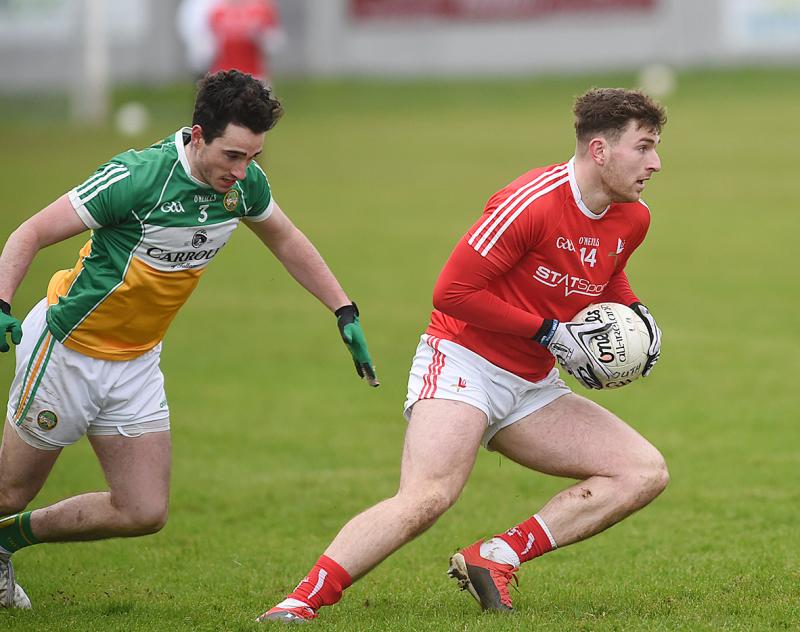 Safety was the word before the campaign got underway. If Louth can retain their Division Three status they’ll be doing well and supporters will be happy. After all, Laois are hanging about - the widely-held opinion is they’re punching below their weight in this grade.

Then there’s Westmeath - their recent-year record against Louth is good. And Limerick are now probably Munster’s second-best team, given how badly Cork have slumped and Tipperary have failed to advance after winning the provincial championship a few years ago.

On top of all that there’s the draw – seven games, four of them away from home. A little over a month after the competition left the traps, and with four rounds played, Louth find themselves not looking over their shoulder but firmly ahead.

A place in next season’s third division is still not guaranteed, but with five points on the board, one behind the leaders, thoughts of relegation are not being entertained. Instead, the prospects of playing in a higher grade are considered a real possibility.

One point from the first two rounds didn’t augur well. But then came the deserved away win over Limerick, when seven points without reply in the last quarter turned what appeared an inevitable defeat into a two-point win.

Good as the win by the Shannon was, it was eclipsed at Ardee on Sunday, the Reds winning a thoroughly entertaining game by 1-15 to 1-13. Westmeath were unbeaten when they arrived at Pairc Mhuire, favourites to make it three from three.

A solid first half performance had the visitors well placed at the interval – with a strong wind favouring them more than Louth in the second half, there’d be enough chances for John Heslin and his mates to run up a winning score.

One thing this Mickey Harte-fashioned Louth team has and that’s, well, heart, and a refusal to give in. They wouldn’t have plucked a draw from the Longford match without either of these qualities, nor would they have made up the deficit against Limerick a fortnight ago.

It was evident again this time out, Westmeath hauled backed whenever they threatened to pull away. It happened inside the last quarter.

Three points in succession had Westmeath on level terms - and with Louth struggling to gain parity at midfield, it seemed only a matter of time before the scorers would come leaving the points stamped ’for export’.

That might have happened had Heslin not been wide of the mark with some scoreable frees, or, indeed, had Tommy Durnin not been reintroduced to midfield about ten minutes after he’d been replaced.

In contrast to Heslin, Louth’s ace marksman, Sam Mulroy, was deadly accurate with every chance he was given from a placed ball. His ball-striking was a joy to watch, and bear in mind, the wind did place-kickers no favours. In contributing to his side going four clear with the game winding to a close, the Naomh Mairtin man was eagle-eyed.

You would probably have to go back to when the great Kevin Beahan was putting them over the bar on the same pitch for club and county to find a better score than the one the No 11 claimed from a free from beyond the 45-metre line. This completed his side’s tally, 1-15 being the highest they’ve had in their four matches to date.

Mulroy is a vital cog in a forward-line that’s beginning to move with more cohesion than before. Conor Grimes has the strength and pace to make it bothersome for any of the full-backs he comes up against, and Conall McKeever is making the best of his chances.

Tom Jackson was a livewire in this game and would have come out of it better had he been more accurate with some first half-chances. It must happen soon that Ciaran Byrne goes in from the start.

Valuable as the others’ contributions were, it would have counted for nought had Mulroy left his scoring boots at home. Eleven points have him on 1-29 so far, and you’d have to think that will be added to before the seven rounds are played.

Fermanagh – away, a week from today – are next who’ll have to try to be disciplined at the back.