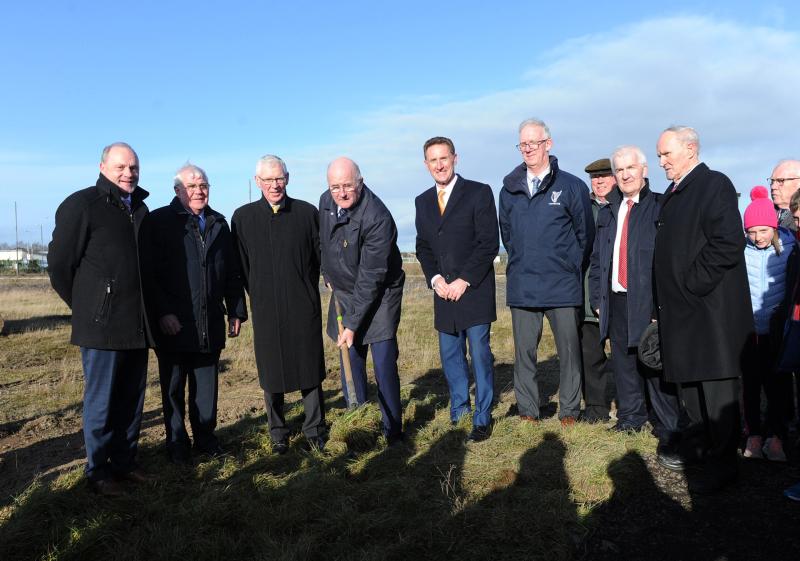 Louth GAA's dream of finally having a new stadium has gone one step closer to fruition with the news that Minister Simon Harris has approved a request from DKIT for a long term lease of 3.2 acres to the county board.

The news came through this afternoon from local TD Fergus O'Dowd, who had been in contact with the Minister for Further and Higher Education over the project.

"This is fantastic news and signals that we are now closer than ever to seeing this 14,000 seater stadium finally becoming a reality" stated O'Dowd.

"This will be a state of art county grounds when complete and is nothing more than the people of Louth deserve."

The new stadium on the grounds of DKIT will serve as the home of all Louth teams. It will feature a 4,080-seat stand, a large upgrade on the former home of the county in Drogheda, along with two kiosks, four dressing rooms and a physio room.

The standing terrace on the far side of the ground will see 8,470 fans enjoying the action, along with housing a spectators’ tea room, two kiosks, three press boxes and a storeroom.

Behind both goals there will be room for 725 people to stand, while the pitch itself will measure 145m by 90m. A smaller 90m by 65m warm-up pitch is also included in the plans.

The county footballers currently play their home matches at Pairc Mhuire in Ardee and last season they played their matches at the home of the Geraldines in Haggardstown, both of which offer much smaller capacities.

The hurlers have used St Bridget's Park in Dowdallshill along with The Louth GAA Centre of Excellence as their base of operations in 2022. Before the pandemic home ties for both teams tended to take place at the Gaelic Grounds in Drogheda, a 3,500 capacity venue.

Preparations for the new ground have already started with planning permission granted for the site last year. There has also been plenty of prep work done such as drain operations, tidying the place up, as well as putting 5,000 loads of filling into the Dundalk inner relief road site.

It is estimated the project will cost in the region of €12 million, with Louth GAA committing to funding at least a third of the project. The rest is expected to come from the GAA and government grants.

Fans out in force to see Louth defeat Westmeath - did our photographer snap you?