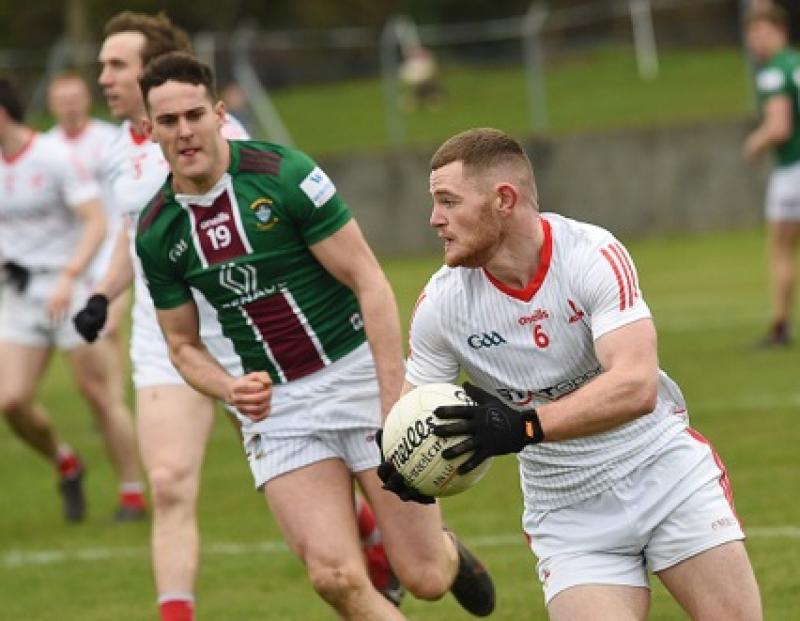 Louth produced a stunning display to shock Westmeath in Ardee, as their clinical edge proved decisive.

The Wee County trailed early on as John Heslin bagged a fortuitous goal, however they bounced back in style, Sam Mulroy slotting over 11 frees from all over the park in a stunning two-point win.

It was the visitors who started the brighter, with Heslin, whose prowess in the air was utilised all over the field as a way of creating attacking play for the Midlanders, grabbing two points to open up an early lead.

Louth were favouring kicking the ball long early on, but as the game progressed it was their ability to solo through the heart of the Westmeath defence that proved the key to success. Two fine runs from Tommy Durnin creating opportunities taken by Tom Jackson and Sam Mulroy to level the tie.

Defensively the home side were very solid, but they found themselves three behind when Heslin grabbed a goal on 12 minutes.

The Mullingar man managed to get free in the corner before his shot dropped short and ended up catching James Califf out, floating it into the back of the net. However, the Wee County never buckled and straight away piled the pressure on Westmeath.

It was the Mulroy show from here as from all angles the Naomh Mairtin man was slotting over free after free and on 23 minutes they led for the first time, 0-6 to 1-2.

Westmeath were still dangerous, particularly when moving the ball fast, but they could not get to grasp with the wind and finished the half with five wides.

Heslin was dropping deeper and deeper to try and reignite their attack and grabbed three more scores, but they were all cancelled out via more frees from Mulroy and a superb score from range by Ryan Burns that left Louth 0-9 to 1-5 up at the break.

Just as they had done in the first half, Jack Cooney’s troops struck back with two early scores to regain the lead.  Once more Louth bounced back, bagging a goal of their own on 43 minutes.

A Mulroy free would hit the posts and it was Conor Grimes who reacted fastest, punching the ball past Jason Daly to leave the men in red in front by 1-9 to 1-7 before a lovely effort from substitute Ciaran Byrne from the resulting kick out left them three in front.

Westmeath soon got a foothold on proceedings, winning three Louth kick outs in a row and forcing them into errors. But the misses continued to mount with Heslin registering three in quick succession.

Yet with so much possession the points were bound to come, two frees from Heslin coupled with a score from Sam McCartan leaving the sides deadlocked for the fourth time.

After trading one apiece, the Wee County turned the screw into a tiring Westmeath. Four in a row, three from the boot of Mulroy coupled with another from Byrne, seeing them once again open up a three point lead with five minutes to play.

Two more frees from Heslin resulted in a nervy final few moments for the vocal home supporters and they nearly stole the tie at the death. After missing a goal chance seconds earlier, Ronan O’Toole had a great chance to grab the win only for Califf to make a superb save to wrap up the points.