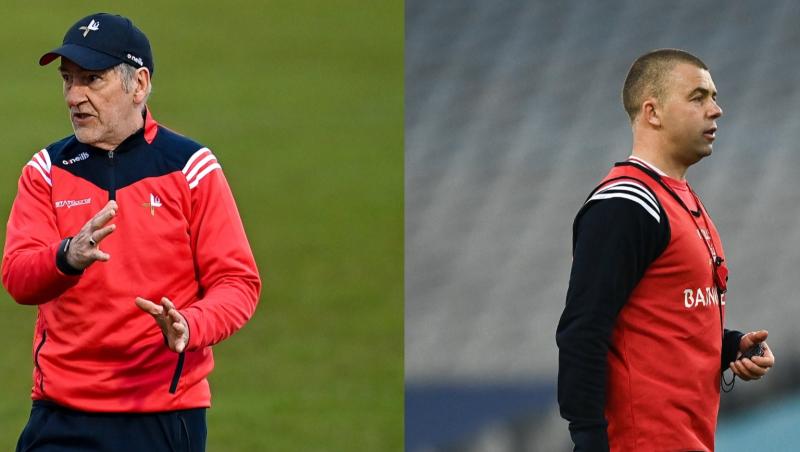 Mickey Harte and Paul McCormack have learned their Allianz League schedules for 2022 following the release of the Master Fixture list for next season by the GAA yesterday.

Both the footballers and the hurlers gained promotion last year with Harte's troops now in Division Three alongside Westmeath, Laois, Fermanagh, Wicklow, Longford, Limerick and Antrim.

Now into Division 3A the hurlers face a much a stiffer task then last year as they face into the likes of Tyrone, Armagh and Roscommon who are used to playing at a higher championship level then the Wee County. The other teams that make up the league are Warwickshire and Monaghan.

While last season games were played in Haggardstown and Darver in front of next to no spectators, in 2022, pending this current phase of restrictions being lifted, supporters will be able to return once again to league matches.

Ardee has been chosen to host all three of the Footballers home games this season, while the home of the Geraldines McGeough Park will again host National League games but instead cater for the hurlers in their two home ties.

The action gets underway for Mickey Harte's team on January 30th, when relegated Laois travel to Pairc Mhuire in what is sure to be a tough test of Louth's promotion credentials.

Six days later on February 5th  the hurlers get their campaign underway when they take on Paul McCormack's native county Armagh in the Athletic Grounds on Saturday afternoon (Throw in 2:30PM). Meanwhile the next day the footballers head to the midlands to face Longford in Glennon Brothers Pearse Park (Throw in 2PM).

Hurling takes centre stage on Sunday February 13th with no football fixtures taking place that weekend with Roscommon, who were playing at the Christy Ring level of championship two tiers above Louth up until last year's relegation, making the trip to Haggardstown (Throw in 2PM).

The footballers are on the road again on Sunday February 20th, when they make the trip to the banks of the Shannon to take on Limerick in the Gaelic Grounds (Throw in 2PM) while the hurlers have the week off.

Saturday February 26th and Sunday 27th sees both the footballers and the hurlers playing at home, the footballers hosting Westmeath while neighbours Monaghan are in Dundalk to take on the hurlers. Both games are currently fixed for 2PM.

On Saturday March 5th the hurlers will need to travel across the Irish Sea as they head to Birmingham to take on Warwickshire, who return to the sport having been left out in 2021 due to the pandemic. The footballers are not in action that weekend.

They return a week later, March 12th where they face into their only evening fixture of the campaign, making the trip up north to face Fermanagh in Brewster Park (Throw in 7PM).

On Saturday the 20th of March they face off against fellow promoted side Antrim who they lost out to last season narrowly (Throw in 2PM), while the hurlers finish their league campaign on the road when they collide with Tyrone in Healy Park Omagh (Throw in 1PM).

Meanwhile Mickey Harte and his side end their Division Three campaign away to Wicklow in Aughrim (Throw in 2PM), where they come up against former Louth manager Colin Kelly on the final day of league action across the country on the 27th of March.

There will be no semi-final in the football leagues, with first and second battling it out for the crown on the first weekend of April. In hurling it is a slightly different scenario with second and third place going into a semi-final with the winner taking on the side which finished top of the group in the League final.

That possible semi-final, should they reach it is fixed for the weekend of 27th/28th of March, with the final taking place a week later.