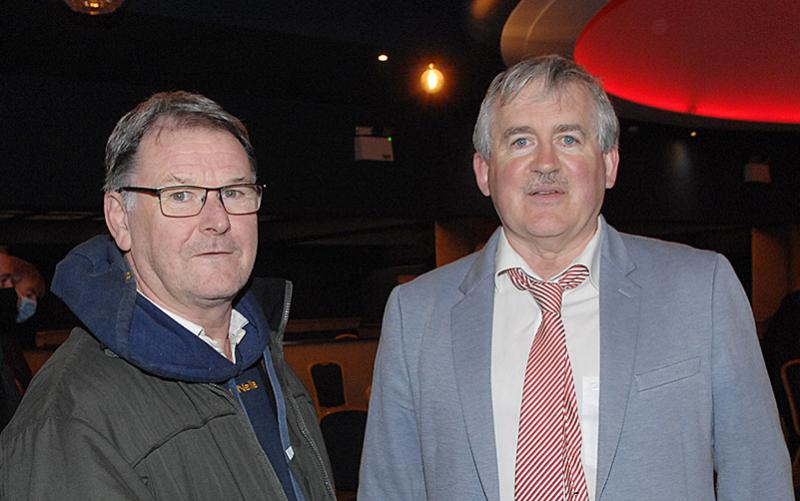 Louth GAA will have a new PRO for 2022 following the announcement that Aidan King will step into the role, after running unopposed in the race to replace Mark Byrne at last week's County Convention held in the Imperial Hotel.

The Lann Laire Clubman, who has played on county teams from U16 up to the Senior Grade alongside winning a Junior Title as captain of Lann Leire in 1985, takes up the role following a decade in a similar role with his club.

“I was a bit reluctant to take up the role, but Mark Byrne was stepping down, a decision which I think sort of landed on the county board” stated King. “I had been attending the county board meetings as a representative from our club, as our own delegate couldn’t go because of Covid.

“I stepped into that breach and ended up being approached over the PRO position. I had a quick think about it, maybe even thought about it too quickly and put my foot forward and here I am now, my nomination went through and I’m really excited.”

The North Louth club has not had much representation on the County Board for some time, with Patsy Mulroy serving as Vice Chairmen when Louth won Sam Maguire in 1957, while slightly more recently Jimmy McShane filled that same role.

Having played to a high level himself in the past, King is eagerly awaiting the opportunity to get to meet and work with current Louth Senior Manager Mickey Harte as they look to push on next season.

“I’ll be at every game, so watching Mickey Harte up front is just going to be fascinating. He is such a legendary figure in the game, and I believe Louth is very lucky to have got him in. He has already got us one promotion and we’re looking forward to hopefully going forward further next year.

“I think Louth should be up at a Division Two level, competing up there, that is where I would like to see us, being one of the 12 top counties in football and fingers crossed we can do that.”

You're a mean one Mr Grinch

Dundalk's Shed Side Army blown away by response to food drive