Inside Track: Naomh Mairtin weren’t alone in their disappointment 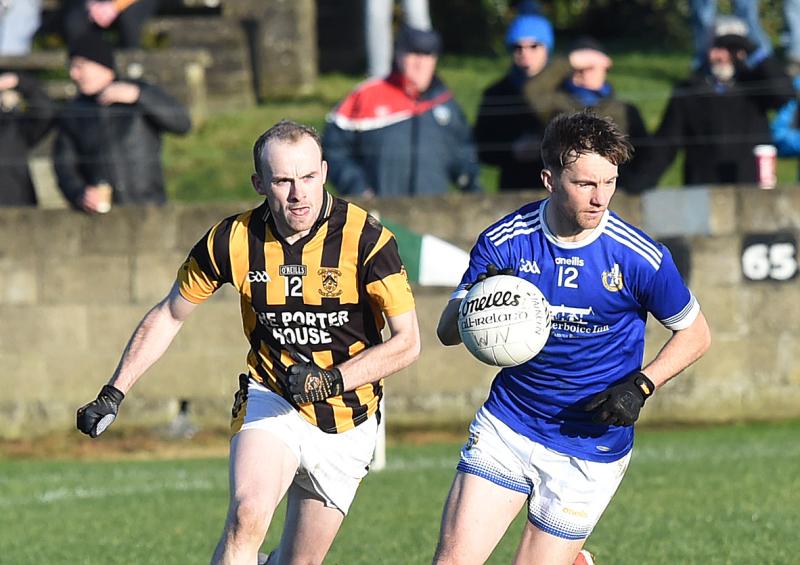 Sam played it again at Haggardstown, scoring six of his Naomh Mairtin side’s eight scores in their Leinster championship joust with Wexford’s Shelmaliers. All of them came from frees, one of those straight from the Maurice Fitzgerald copybook.

It wasn’t, however, a vintage Mulroy display, nor did Mairtin’s deliver in a manner expected from them. They were a couple of points in arrears at the finish, and while they could have snatched it at the death, no-one can say Shelmaliers were undeserving of a win that hoists the men in black-and-amber into the semi-finals for the first time.

Acknowledged as above-average county champions, having won their local games with independence, an extended run in the provincial series looked to be well within the Monasterboice side’s compass.

Hopes were heightened by a rout of Carlow’s Rathvilly in the opening round at the same venue, and with news emanating from their training camp that all was well, a trip to Croke Park was firmly on the cards.

More than their supporters thought so. The bookies had Mairtin’s virtually unbackable to win and made them second-favourites behind Kilmacud Crokes to bring the title to Louth for the first time.

Without dominating at midfield, where they’d been so strong in their hunt to retain the Joe Ward, Mairtins had the better of things for most of the first half; but that didn’t reflect on the scoreboard.

Coming to the break they had just 1-3 to their credit, when really it should have been much more. However, they were in a comfortable enough position, having conceded just one point.

But when half-time was reached, the sides were level and Mairtins were down to 14, goalie Craig Lynch having been black-carded for what could only be interpreted as a lack of discipline, something there’d been little evidence of during his team’s summer run.

What it all meant was, the Louth champs were below strength for most of the third quarter, and it was during this period that Shelmaliers mounted what would prove to be a winning run, scoring enough to put them five points clear.

That was a ten-point turnaround from just before the break. When have Mairtins conceded so much in such a short space of time and without registering a score themselves?

It wasn’t catch-and-kick and hope for the best that got the Wexford champs in front. To use one of the modern phrases, Mairtins ‘lost their shape’, and Shelmaliers were there to exploit it, playing their own brand of very controlled football. Neither were the Wexford men shy in the tackle.

If Mairtins can take anything from the outing it’s the way in which they went about trying to rescue the game. Taking advantage of Shelmaliers being down to 14 – they, too, having lost their goalie to a black card – Mairtins got to within a point, relying entirely on Mulroy’s boot,

And at this stage extra-time was on the cards. But they were soon looking for two points to draw the game after Graham Staples had scored for the visitors.

Mairtins will regret missing two good point chances and Craig McCabe returning to action. The Shelmaliers ‘keeper made a great save to deny Val Leddy what would have been a winning goal in a hectic last minute’s play. It came in between Mairtins hitting the post and then having another shot stopped on the line.

Mairtins team, their huge backroom entourage and supporters weren’t alone in their disappointment. Those who care about where the county is going wanted the runaway local champions to make a statement at this higher level, at the very least getting to Croke Park for the semi-finals.

Mairtins haven’t become a poor team overnight, and in all probability will supply a handful of players to Louth’s National League panel, and maybe make it three county championships in succession. But the county’s profile remains clouded. It will take a good league run for Mickey Harte’s team to improve matters.