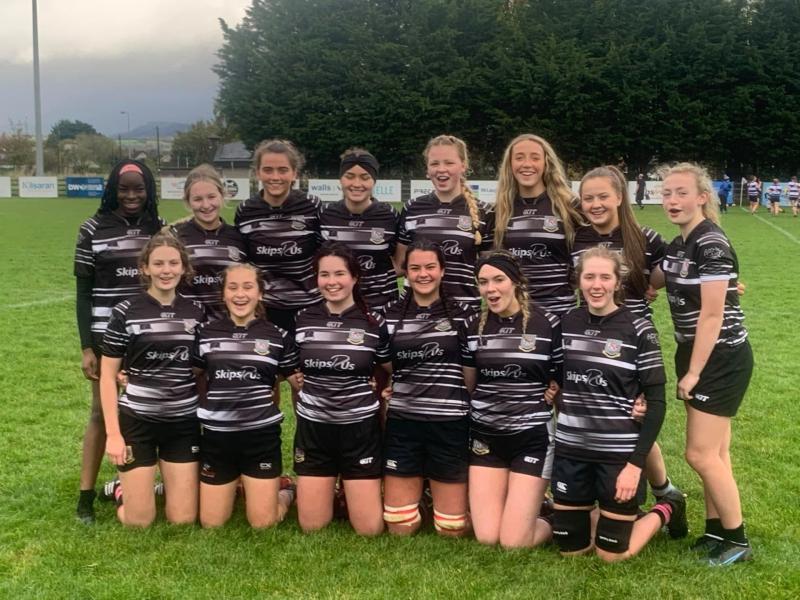 There is a great buzz down the Mill Road this week in anticipation of what could be defining day for Dundalk RFC and women's rugby in the county.

On Saturday the club's U14 and U18 Girls sides take part in a historic double header in Carlow IT, after both sides managed to navigate their way to the finals of the Leinster Plate.

First up will be the U14 side who will go into battle with Arklow (Kick off 11AM). The U14's earned their place following a thrilling contest with Enniscorthy where they ran out 26-10 winners.

It has been a great competition for these stars of the future, who have made a habit of racking up a high score on their way to the final, bagging 55 and 43 points respectively as they put Clontarf and Tullamore to the sword in earlier rounds.

The Dundalk RFC U14 Girls have been fortunate to have a coaching team led by the experienced Eddie Conroy, who has been a driving force in the development of the Minis Girls section At Mill Road.

Under his guidance the U14 Girls gave learned to work as a team, build confidence, develop rugby skills and form lasting friendships. Conroy have been given a helping hand too by a very committed coaching team in Paddy Malone, Paula Fearon, Brendan Kerin , Niall McEnteggart and Andy Buttery.

Next up is the U18 Girls who will face into a showdown with local Meath rivals Navan RFC (Kick off 3PM).

The U18 Girls were due to take on Tullamore in their Semi-final but that tie was conceded by the Offaly club, creating the Louth-Meath matchup for the final. They too had a great run this season, defeating Naas 50-29 and Clontarf 36-12.

The Final will be of particular interest to Aoife Purcell, Sophia Murdock, Lila O’Molloy, Jennifer McElroy and Sophie Woulfe as they get the chance to face off against many of their teammates on the Leinster Northeast team they worked so hard to make earlier this season.

This will be their toughest test to date as the Meath club were only defeated in the first round of the Cup competition on the basis of scoring less tries having drawn 22-22 with Wicklow who went on to make it all the way to the Cup Final. They also boast 12 members of the Leinster Northest team versus the five that made the squad from Dundalk.

After gaining a bye in the first round, Navan obliterated Ashbourne 71-19 in the quarter final and then duly defeated Edenderry 36-26 in a hard fought semi-final victory.

"With the girls game experiencing unprecedented growth worldwide, participation levels at Dundalk RFC are at an all time high with a thriving Minis Girls Section combined with the success of our Youths Players at Club, Provincial, Interprovincial and International level" stated club PRO Mary Murdock.

"The talent and dedication of the girls, as well as the premise within the club that girls rugby should be promoted and developed to take an equivalent place within the club to the boys game has seen and contributed to the phenomenal growth in the girls game.

"The ethos for Girls Rugby at Dundalk RFC has been 'Why Fit In When You Were Born To Stand Out?'. It is something that continues to be promoted by the Dundalk RFC Girls Coaching Teams who continue to encourage the Dundalk girls to be the best they can be.

"Saturday will be another defining moment for all of these players. they are ready for the next step towards success in their rugby journey. We wish the players and their coaching and management teams the best of luck. We want them to hear the roar of the home crowd to get them to where they want to be."