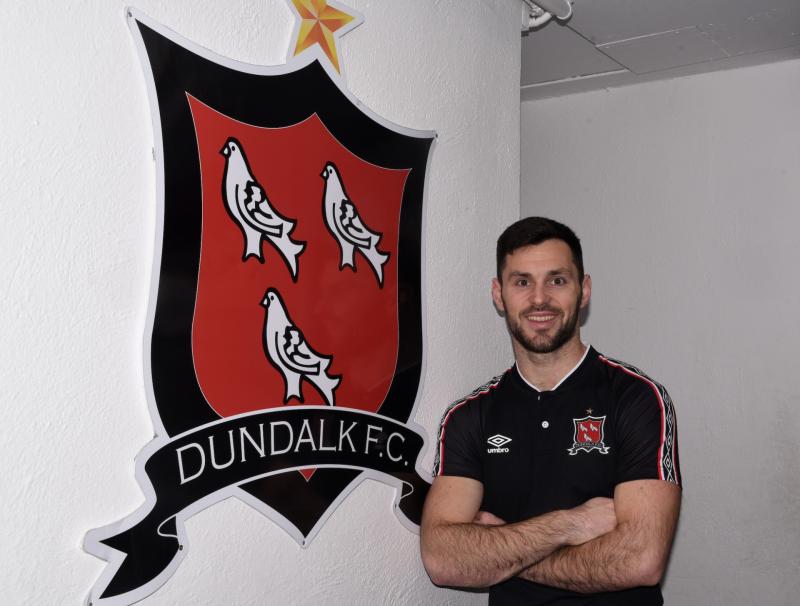 Pat Hoban is chasing down Joey Donnelly's record of 142 goals in all competitions for the club. (Pic: Dundalk FC/Sportsfile)

It was a long time coming but after news of departure after departure from Oriel Park over the past few months, head coach Stephen O'Donnell has made his first signing for 2022. And what a signing it is.

To the delight off all lilywhites fans, prolific striker Pat Hoban has committed his long term future to Dundalk FC. Speaking to the club's media team, the Galwegian spoke about how the new owner and coaching ticket effected his decision to stay in Louth.

“I’m absolutely buzzing to sign a long-term deal" stated the wily forward who has been the Lilywhites top scorer during his last six seasons with the club. "Seeing Stevie come in the door definitely made things clearer for me to sign back and, hopefully, finish my career here.

“Last year, no one knew where they stood but it’s good now that the takeover has happened and the new owners have brought Stevie in as head coach. That is massive for the club and I’m really excited to start working with him.”

With his long term future with Dundalk, Hoban will now look to get him himself into the history books as one of the club's greatest ever strikers.

Currently on 125 goals, he is just 17 off the record number of goals scored for the Lilywhites which is currently held by Joey Donnelly. He is determined that he can break that record, while also noting how his love for the town effected his decision to stay.

“I have a record in sight and I want to create history here,” he said. There’s only a small minority of people who set records like that at clubs and I want to be one of them. I want to smash the record and leave something there for a player to try and emulate in the future.

“I didn’t want to go anywhere else. My life is here and I love being here and being in town. There is a real buzz around the place again and now we can start to concentrate on working hard next year and building something again.”

Stephen and Pat played together under the tutelage of Stephen Kenny in what was one of Dundalk's most successful periods on the pitch. With both being from Galway, O'Donnell is looking forward to linking up again with Pat at Oriel Park again in 2022.

“We’re delighted to have Pat on board,” said O’Donnell. “I really enjoyed playing with him and I can’t wait to get hands-on with him on the training field now.

“I thought his form towards the end of last season was tremendous. Everything about his play was exactly what you would want from your frontman and we’ll be looking to get that from him again next year.

“This is the start of something new and exciting at the club and Pat is really keen to be a part of it. He will be a mainstay of it in regards to his character and his presence around the place. Getting him on board is a great starting point to build around.”

At the time of writing Stephen O'Donnell now has Andy Boyle, Pat Hoban and academy graduates Ryan O'Kane and Mayowa Animasahun signed on for next season.