Inside Track: Kearney’s retirement a reminder of a great try 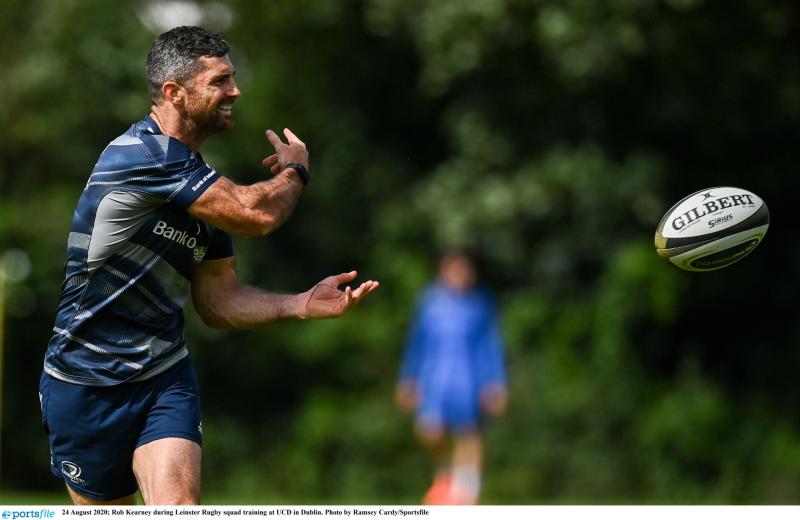 Rob Kearney missed out on the chance to bow out in the colours of the Barbarians when the match against Samoa was cancelled. (Pic: Sportsfile)

Rob Kearney, planning to bring a stellar career to a close playing for the Barbarians at Twickenham – the game with Samoa was cancelled – was a reminder of what is said by many to have been the greatest ever try.

It was scored close on a half-century ago, and, therefore, can only have been seen ‘live’ by the older generation of rugby aficionados. But it is certain to have been sourced many times over by the younger element.

It was scored almost a half-century ago, so therefore can be recalled by only the older generation of today’s rugby aficionados. But it’s certain to have been sourced many times over by the younger element.

The All-Blacks were on their 1973 tour of these parts, and their meeting with the Barbarians at Cardifff Arms Park was the parting shot. Unlike today, the Baa-Baas line-up then was comprised entirely by players from Ireland, Wales, England and Scotland.

Wales were the dominant force at the time, and they supplied seven to the team. Among them were two of the finest to wear the red jersey, Phil Bennett and Gareth Edwards.

Ireland was well represented, with Mike Gibson, Willie John McBride, Fergus Slattery and Ray McLoughlin, who sadly passed away just over a fortnight ago, taking their place.

Again, the names of Joe Karem, Grant Batty, Sid Going and Ian Kirkpatrick would only have been seen by today’s younger followers in books and films; but it can be accepted they would be in the running for the greatest-ever All-Blacks fifteen.

The Barbarians won by 23-11, Slattery getting among the try-scorers. But it was the four-pointer claimed by Edwards that had the capacity crowd gasping and the headline-writers digging deep into the bag of superlatives.

Six were involved in the move which ended with Edwards scampering down the wing before crossing over. (That’s simplifying it to the extreme; check out Barbarians v All-Blacks 1973 on You Tube to see exactly what it was like.)

There’s no reason for Kearney to have any regrets as he surveys a career that brought him all honours rugby has to offer, with the exception of a World Cup.

It’s just a pity injury prevented him from joining the list of Irish ‘centurions’, taking his place among the likes of Brian O’Driscoll, Ronan O’Gara, Paul O’Connell and Johnny Sexton. Still, 95 international caps is a hugely impressive haul.