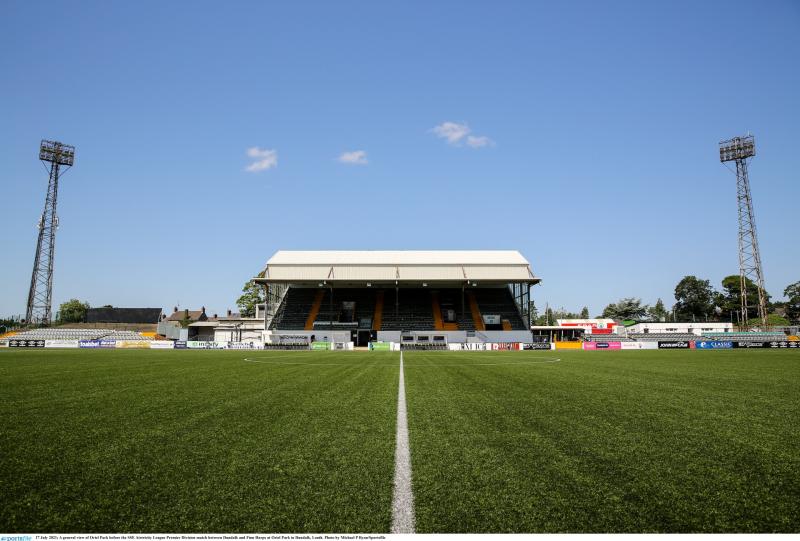 Stephen O’Donnell may not be officially into his role as the new coach of Dundalk FC, but that doesn’t mean that players are not still coming and going as the club looks to finalise its squad for 2022.

As it stands the Lilywhites have just three names on their books for next year, club captain Andy Boyle alongside up and coming underage stars Ryan O’Kane and Mayowa Animasahun who both graduated from the academy and made sporadic appearances for the Senior side.

So far news has been solely focused on departures, with Will Patching, Patrick McEleney and Michael Duffy all heading North to sign with Derry City.

Sadly this trend continued in recent days with the Candystripes, backed by owners who have not been afraid to splash the cash, recruiting the services of Cameron Dummigan.

The Lurgan native got his start in football with Cliftonville before getting a big move to England when signing on with Sean Dyche’s Burnley in 2013.

He was put out on loan to Oldham Athletic and after impressing there earned a full time move to Boundary Park in 2016. Three years later his services were snapped up by Vinny Perth.

He went on to play 73 times for Dundalk, where he won the FAI Cup, the Unite the Union Cup, The EA Sports Cup, two President’s Cups along with the league title during his three-year spell at Oriel Park.

His one goal came early into his career when he neatly slotted home the fourth goal of a 4-0 win over Waterford back in March 2019.

However it is not all doom and gloom down the Carrickmacross Road, with the Irish Independent reporting that the club have made their first signing for 2022 in the shape of Keith Ward, who announced his departure from Bohemians on social media.

The Swords native has had two stints with Dundalk in the past, playing 33 times under Ian Foster in 2011 helping the club reach the final of the now defunct Setanta Sports Cup.

He was re-signed by Stephen Kenny in 2013 following a season with Bohemians. He made another 18 appearances and was part of the squad which brought the league title back to the town for the first time in 19 years in 2014. Between both spells he scored four times.

The midfielder has since had stints with Sligo Rovers and Derry City, but really came to prominence with Bohs under the tutelage of Keith Long in 2017, helping the Phibsborough based club rise from the ashes having gone through some lean years.

He played 122 times during his five years at the club, scoring nine times, memorably becoming a rare scorer of an away European goal in the colours of the Gypsies, having bagged their opening goal away to Fehervar of Hungary in August 2020.

While both Ward and O’Donnell have yet to be announced, they will not be strangers to each other having been teammates at Oriel in 2013 and 2014.

That camaraderie was seen to full effect in the recent FAI Cup Final, where having missed the penalty that helped St Pats win the cup, the Galwegian still went up to console Ward before going off to celebrate with his own players. Fans will hope that friendship will help him be a success in 2022.