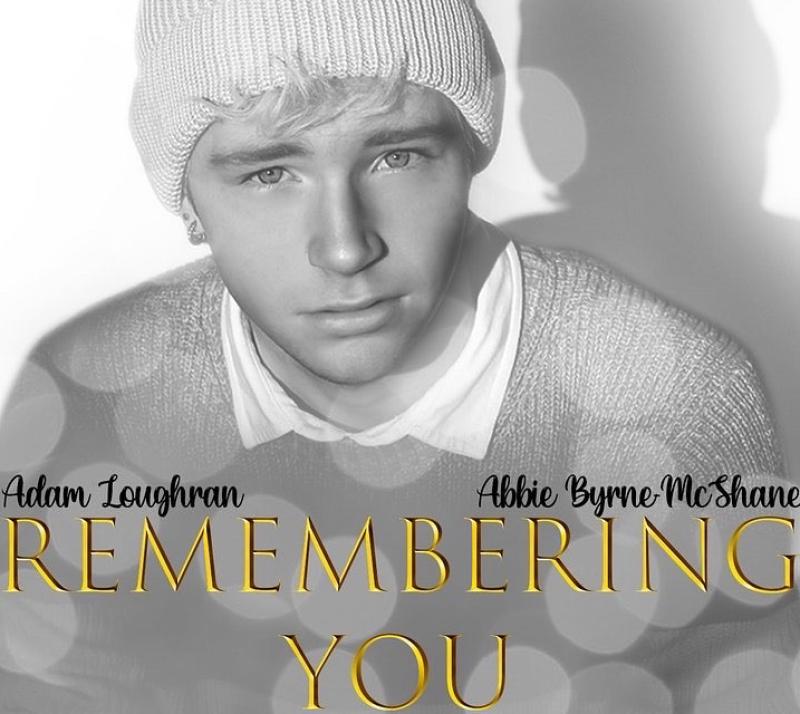 A Local teenager has released a charity album ‘Remembering You’ in memory of his grandfather who died last January.

Adam Loughran from Carlingford began working on the album in the Summer after raising money for its recording through GoFundMe.

Sixteen-year-old Adam came up with the idea after performing Ed Sheeran’s “Supermarket Flowers”at his grandad’s funeral and deciding he wanted to help raise money and awareness for a number of charities.

Needing another voice for the album, he turned to his friend Abbie:

“I had a few duets in mind for the album, and needed another singer to sing the female parts, so I asked my friend Abbie.

“This was our first time in a recording studio. The first song we recorded together was ‘This Is Me’ and it was honestly one of the best ones to record.”

“My timing is horrible. It’s quite funny, actually. Abbie sometimes had to stand next to the window in the studio counting with her fingers so that I didn’t go off timing.”

Timing issues resolved, and with the help of sound engineer Jason Varley, they set about recording a number of covers including songs by Snow Patrol and The Cranberries along with a few songs for the festive period including ‘O Holy Night’ and ‘White Christmas.’

The album also has one number, ‘ I’ll write a song,’ which Adam composed himself.

“The process was intimidating at first. The song I wrote is very personal to me and singing it to someone was very scary.”

“Sharing it with the world was terrifying, but so far it has received great feedback and there have been a lot of people relating to it.”

All proceeds from the sale of the album will go to The Irish Kidney Association, The Maria Goretti Association, and Our Lady of Lourdes Hospital.

Despite the cancellation of a launch night set for 3rd December due to pandemic regulations, Adam remains thoroughly upbeat about the whole venture:

“Overall the recording process was amazing, and it was such a great experience.”

Adam’s CD ‘Remembering You’ is available in local shops and to download on most digital platforms for €15.