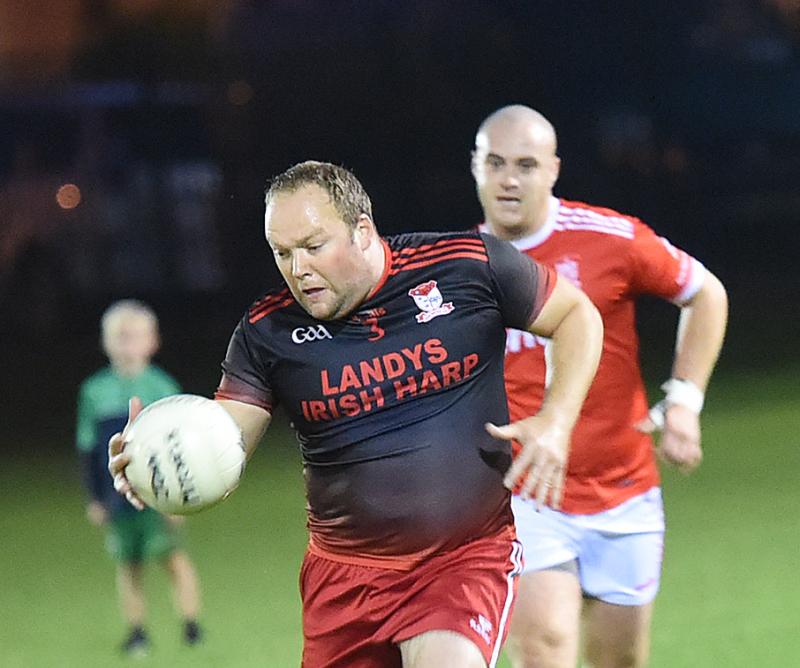 John Mitchels put themselves in pole position to top Group B of the Junior Football Championship when they proved too strong for St Nicholas at the Point Road on Friday night.

The Drogheda men went into the game on the back of their confidence-boosting win over the Westerns in the opening round as they sought the point that would have booked their place in the last eight.

For most of the first half they were very much in contention, but it was a different story in the second half as the Mitchels stepped up a gear and eased to a comfortable win.

After an encouraging start to the league campaign, the Mitchels form was mixed in the later rounds but in the early exchanges of this tie they found their rhythm and with the help of Gavin Kane they eased into a three point lead.

The Nicks battled their way into the game and pulled back a point through Jimmy Murray before Paudi Downey landed a brace.

The Ballybailie side responded well to that setback and points from John Gallagher saw them restore their three point advantage but the Nicks had the final say of the half through a Brian Carter point to reduce the deficit to 0-6 to 0-4 at the break.

The first half exchanges suggested that a close second period was in store but it didn’t prove to be the case as the Mitchels completely dominated. Although the Nicks battled well, their challenge faded as they finished the half without adding to their tally.

At the other end it was goals from John Bingham and Andrew Bingham that proved decisive as their side ran out 12-point winners. A win or draw in their final outing against the Westerns will see the Mitchels advance as group winners and also see the Nicks go through as runners-up.