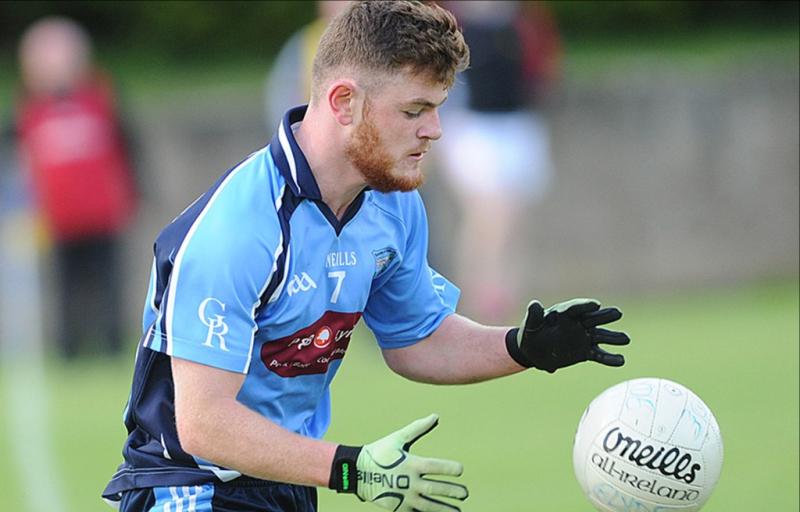 Glyde Rangers are up and running in the Louth Junior Championship after an emphatic opening night Group A victory over Stabannon Parnells in Darver last Friday.

Coming into the game cold and playing a confident opponent who picked up an opening weekend win, Glyde shook off any apprehension to blow Stabannon away in the two quarters either side of half time.

Trevor O’Brien’s goal four minutes into the second half more than settled the contest by opening up a commanding eight-point lead, but the major would damage Stabannon’s morale more than anything. As a result, there would be not so much as of a flicker of a comeback.

That made the remainder of the half one to endure for the neutrals but Glyde supporters on the bank would have enjoyed Martin McArdle’s three-point cameo off the bench and the vision of Alan Kirk as the game opened up.

Credit to Stabannon’s Harry Butterly, who never gave up, running at Glyde and coming deep to collect kick outs and doing his best to cajole his teammates around him. Two Butterly frees in the opening quarter had the sides level going into the first half water break.

However Stabannon, who were without Bobby Butterly to injury and Shane Sweeney to suspension were wasteful early on and would rue that bright start on the scoreboard once Glyde got up and running.

Glyde came out in the second quarter with a clear message: pressure the Stabannon kick outs. With full back Seán Halpenny taking the restarts, Glyde were awarded the luxury of an extra player around the middle for breaking balls.

Once they figured that out Glyde were always favourites to win possession. As well as the kick outs Niall Sharkey was central to all of Tallanstown’s good play.

The county man was electric on the wing. His accelerating runs caused havoc to the already under pressure Parnell’s rearguard. Sharkey would finish with seven points, four in the first half and one really well taken free from the left which made it 0-9 to 0-3 in Glyde’s favour.

Niall Cluskey pointed for Stabannon before O’Brien’s devastating goal. Glyde were playing more direct in the second half and a high ball into O’Brien was spilt and the former Louth man was on hand to punish. Brian Duffy also grew into the contest and he clipped over a point for himself too.

Despite being under worked, David Brennan in the Glyde goals had to keep his concentration to superbly deny Robbie Callaghan before the second half water break. The ball would work its way back to Callaghan to clip over the bar.

Substitute Martin McArdle came in with something to prove off the bench and his three points were a highlight as the game petered out. McArdle might well start next weekend as Glyde now look to top the table with a win over Naomh Malachi.