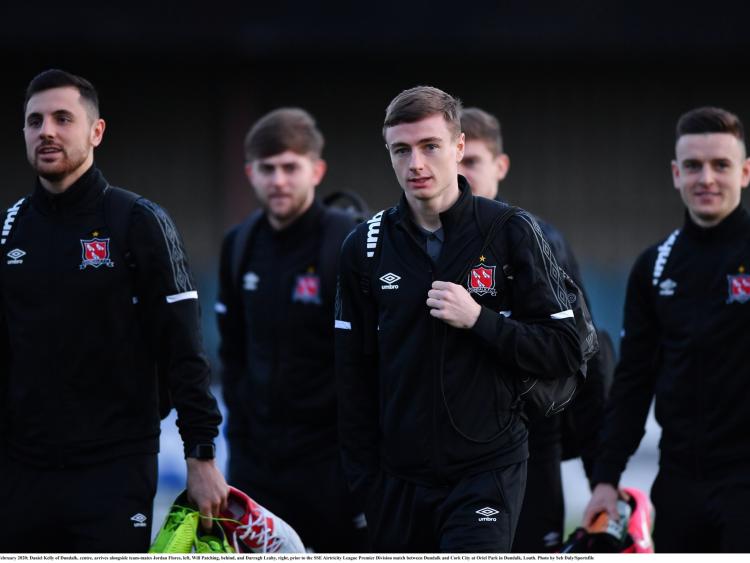 'Dundalk did remarkably well against Rovers last season and, as I said, their past performances in Tallaght will inspire belief.' (Pic: Sportsfile)

I’d be confident that Dundalk will get a result on Friday night - in fact, I’m going to go for an away win in Tallaght.

The Lilywhites have a good record at Shamrock Rovers in recent seasons and even though the FAI Cup winners have broken out of the traps, starting the year so impressively, Dundalk are well able to match them in every department.

I don’t see it being a game of many goals. Both sides will cancel each other out, so it could come down, as it did last season with Seán Gannon taking his chance, to one player capitalising on an opening.

And this is where Dundalk, I believe, have the upperhand. Any team Vinny Perth picks will be full of lads who are capable of scoring. Look at Gannon at Shelbourne on Friday night, he was getting in behind constantly, as was Dane Massey the other side. Dane could even have scored at the death.

Patrick Hoban getting off the mark at Tolka Park will have done his confidence the world of good, Michael Duffy is prolific in terms of what he offers both creatively and in the goals he can score, while any of the centre-halves, be it Brian Gartland, Daniel Cleary, Seán Hoare or Andy Boyle, who continued his fine record of registering at Shels, are potential match-winners.

Especially on foot of how good Dundalk are from set-pieces and the manager has been very keen to stress that. Even listening to Greg Sloggett and John Gill afterwards, they spoke of how hard the team works on creating goal chances and developing routines.

And it’s clearly having the desired effect. At Shels, in a game of few chances, they struck twice from set-plays. This time last year they were creating plenty, but struggling to put the ball in the back of the net. Now they’re clinical when the chances arise, and, defensively, they’re giving very little away - which was crucial at a windswept Tolka Park.

What team Perth selects for Tallaght remains to be seen. You can, though, be guaranteed it will be one good football side against another, with both outfits’ play revolving around attack. So I expect a rip-roaring affair.

But, by the nature of the contest, I wonder if the Dundalk management will veer on the side of caution with Patrick McEleney and Georgie Kelly - who missed the first two weeks through injury - considering their lack of match practice. I’d be surprised if either of them start, though they may be options off the bench.

Chris Shields, who was a class apart at Shels and my man-of-the-match, and Sloggett are knitting a nice partnership together. Neither shy away and are able to track almost the full pitch, which is invaluable.

In a tight game, how they fare will be crucial to giving Dundalk a platform to earn a result. And these matches are ultimately where the league will be won, or lost.

An early goal, either way, will give the scorers confidence and rattle the opposition. Rovers have been banging them in, though Dundalk have enough experience to come from behind should the worst unfold.

Nobody, however, should underestimate the importance of a result on Friday night, despite the campaign being so young. Dundalk did remarkably well against Rovers last season and, as I said, their past performances in Tallaght will inspire belief.

But Rovers will know if they’re to mount a title push that they’ll need to bring their A game.

Last season, it was in these matches where the title was lost - three defeats to Dundalk and no wins; three losses to Bohemians. They’ve already redeemed one of those shortcomings, beating Bohs on day one.

Can they repeat the feat? All will be revealed by 10pm on Friday night.