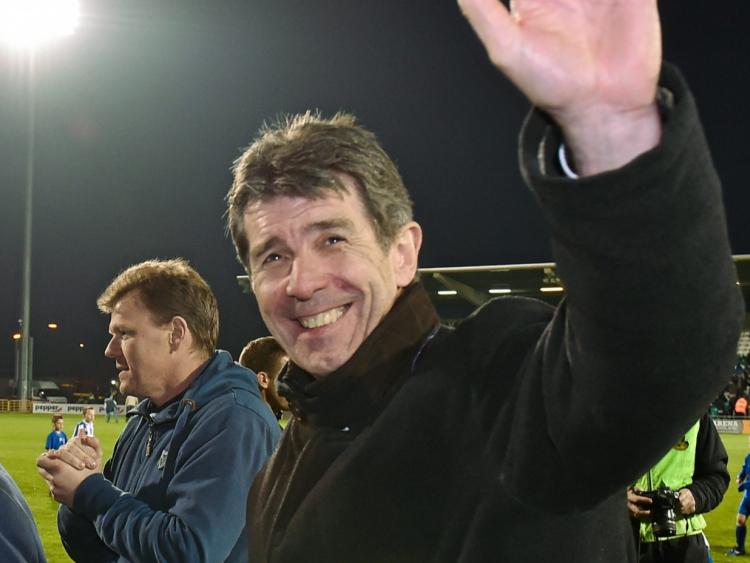 Alan O’Neill reckons “a bit of magic” will be required to separate Shamrock Rovers and Dundalk FC on Friday night. (Pic: Sportsfile)

Alan O’Neill reckons “a bit of magic” will be required to separate Shamrock Rovers and Dundalk FC on Friday night.

A title-winning goalkeeper with both clubs, O’Neill was between the sticks when The Lilywhites landed the double in 1988 and he remains a hugely popular figure at Oriel Park.

However, despite 30 years having passed, the Dubliner sees the basics of a championship push remaining the same: gaining the upperhand in the head-to-head battles is crucial.

“Back when I was playing and I still think it’s the case, to win a league, you’ve got to hold your own against the top teams,” O’Neill told The Democrat.

“There’s four games and 12 points up for grabs, but a win over Dundalk for Rovers is a big one.”

In saying that, O’Neill isn’t necessarily questioning Rovers’ mentality or ability to overcome Dundalk, despite their failure to pip the champions in 90 minutes last year. November’s FAI Cup final win, via a penalty shootout, has, he says, provided Stephen Bradley’s men with a renewed sense of belief.

“I think they have got closer,” O’Neill adds, in relation to the gulf between the sides.

“The Cup win, albeit on penalties, it was silverware for them when they hadn’t won anything for a couple of years. It’s a huge shot in the arm for Rovers and they now see themselves as major challengers to Dundalk this year. 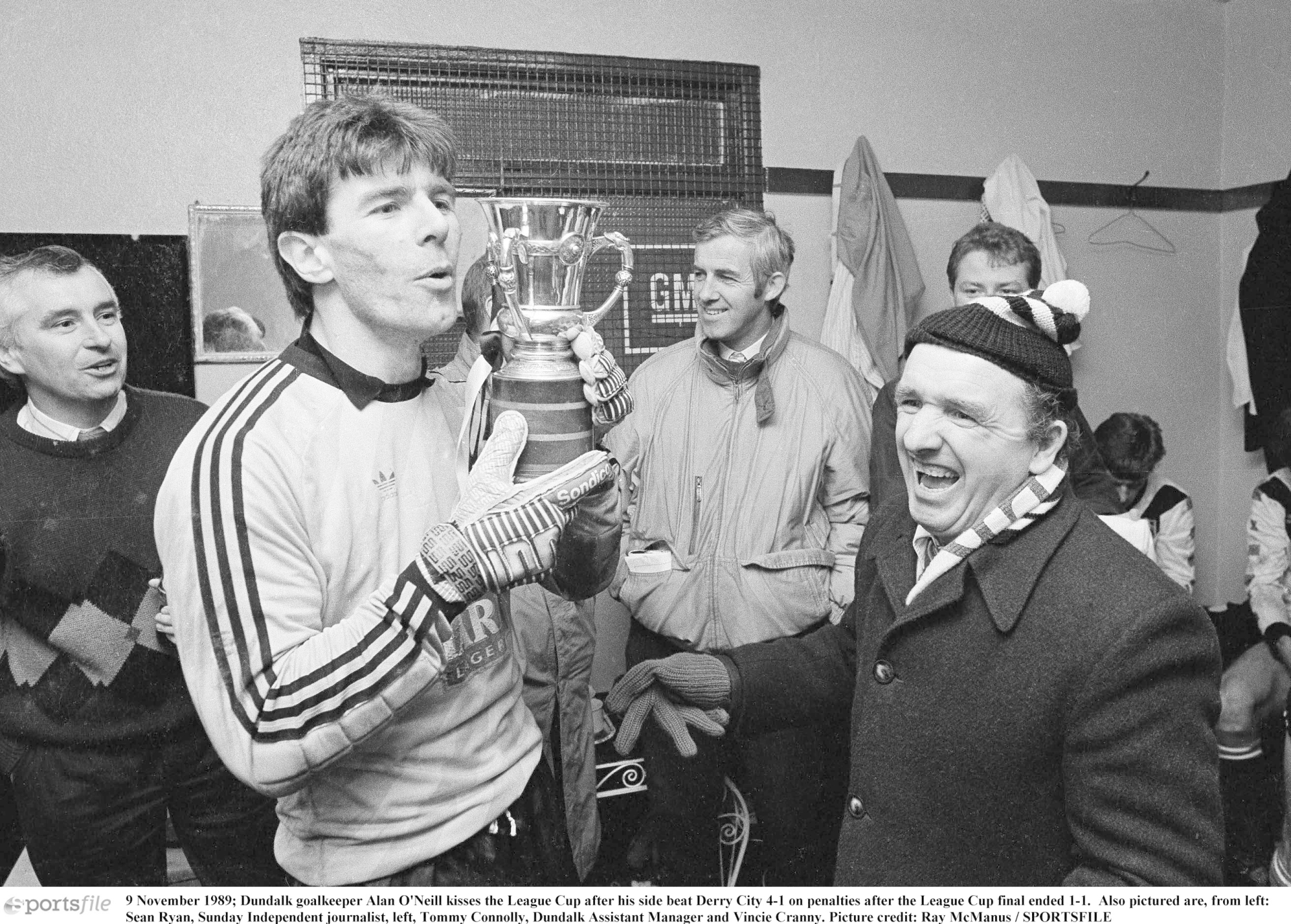 He added: “If you finish ahead of Dundalk, you’ll win the league. They are the best team and they’ve proven it over the years. Rovers have had a stepping stone in winning the Cup so their gauge is Dundalk, who’ve won five in the last six years. Who else have you to aim for?

“Fixation? I wouldn’t say that’s what it is, but they know that Dundalk are the team they have to beat to win a league.”

There has been a higher turnover of players at Oriel during the off-season, with Jamie McGrath and Robbie Benson high-profile departures, whereas Rovers have largely retained the group which ended their 32-year wait on FAI Cup glory.

However, O’Neill feels Dundalk’s newcomers will relish the environment they’re stepping into, with success now being a rudimentary expectation.

“They both have very good squads. Rovers are probably a little bit more settled, but I wouldn’t read too much into it going into the game on Friday night.

“When I was in the Dundalk dressing room and we brought players in, they just adapted. They saw the experience and what it took to win a league. ‘I want a piece of this’ is what they were saying if they were players worth their salt.

“Players coming in, they want to impress and they know it’s an opportunity to play with lads who are used to winning. It’s why they’ve joined Dundalk or Rovers. It should be an incentive, not extra pressure.”

“It’ll be a great occasion and it’s a hard one to call,” O’Neill added.

“Something will happen, a bit of magic. I’m not expecting it to be a very open game. It’ll be tight, so that’s why I’m expecting some little incident, be it Jack Byrne or Pat Hoban. It’ll be a little bit of magic that might clinch it.

“If you were to ask me how I think it’ll go, I think I’ll sit on the fence and say it’ll be a draw. But a little bit of magic could win it.”