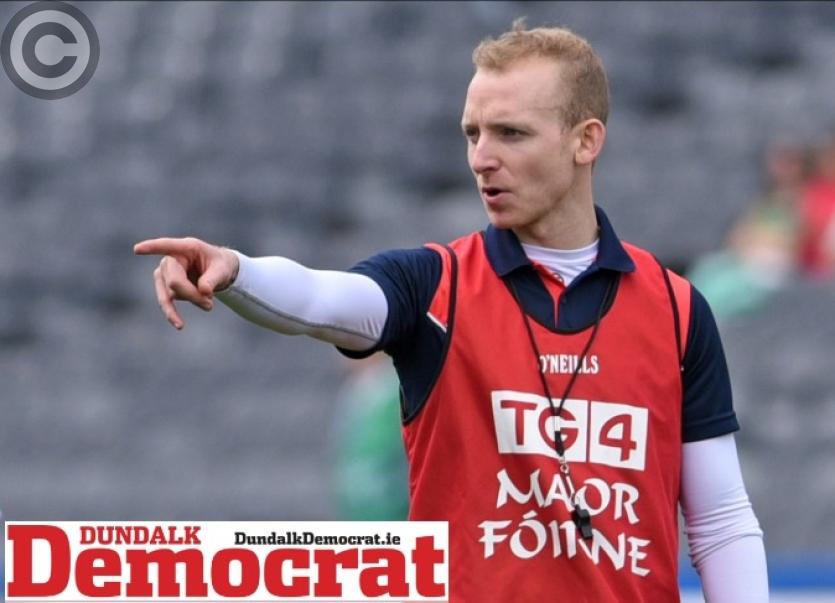 Darren Bishop remains undecided over whether he will lead Louth on their intermediate return in 2020. (Pic: Ciarán Culligan)

Darren Bishop remains undecided over whether he will lead Louth on their intermediate return in 2020.

The Cremartin clubman guided The Reds to the All-Ireland junior crown on Sunday, capping a successful year-and-a-half at the helm since taking over from the late Micheál McKeown, but with a young family and outside commitments there was a sense that his time in charge would draw to its natural conclusion following the Croke Park outing.

However, Bishop stated his intent to attend this week’s club championship finals before holding talks with the County Board executive over his future in the coming weeks.

“I’ll not answer anything just yet, as the man says. We’ll sit down over the next couple of weeks,” Bishop told The Democrat.

“It’s a hectic schedule, but I really enjoy it and I’ve really enjoyed working with the girls. After last year I had to do a lot of soul searching to see would I commit to it again.

“But when I thought back on it and knowing what they gave for me only having known me from June, it was just a great bunch and team.

“The County Board were very easy to get on with and that made my job a lot easier.”

On the lessons learned from 2018’s final humbling by Limerick, Bishop added: “The planning that goes into it, not everyone manages teams to Croke Park and it was my first ever time.

“But over the course of the year I do feel that we were pretty strong and strong in the style I wanted them to play.”

Nonetheless, Louth still took to the field with no fewer than 13 players who featured in the previous decider. Bishop spoke highly of several of them, especially captain Kate Flood, suggesting that they had learned from their prior experience.

But it was one of the additions, Foxrock-Cabinteely player Sarah Quinn, who was singled out by her manager.

“With Sarah Quinn added in from last year, she’s marked the best footballers in Ireland and she adds that bit of calmness in the full-back line. She made some key interceptions there that if she hadn’t it could have been a totally different story.”