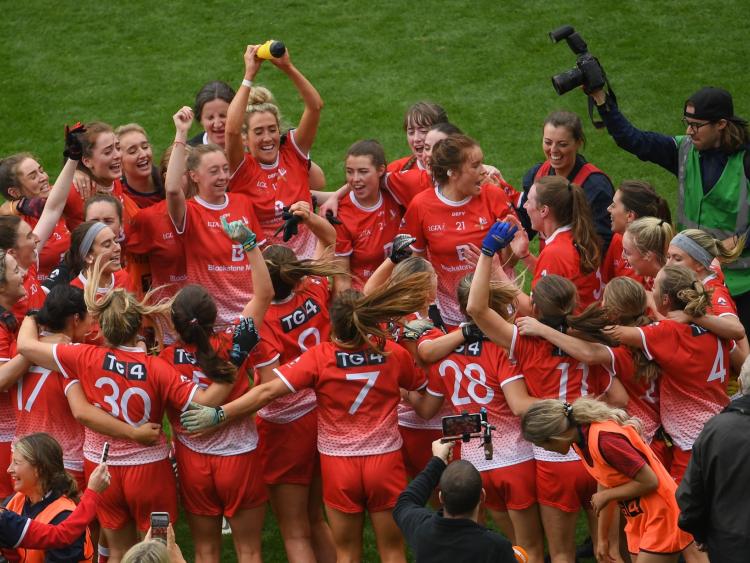 Lauren Boyle said there were “no words to describe” the feeling of winning an All-Ireland medal at Croke Park.

The Cooley Kickhams star bagged 1-2 as her side romped to junior glory on Jones’ Road on Sunday, earning a return to the intermediate grade following a two-season exile.

“There’s no words to describe it,” Boyle said.

“It’s just something you dream of from when you were three years old, kicking a ball around the pitch and in your back garden, never knowing that 15 years later you’d be lifting a cup in Croke Park.

“The hard work we put in since November last year, we just couldn’t leave here without a win, especially after last year. You can’t lose two years in a row and we made sure that didn’t happen.”

She added: “I thought last year winning a county championship was unreal, but this is just something else. We’ve worked hard and we’ll work hard next year in the intermediate as well.”

On scoring a goal at Croke Park, Boyle said: “I thought it was never going to happen, but eventually I got my scoring boots on.

“I wasn’t expecting to score a goal, but there is no better feeling than scoring a goal at Croke Park. You just see it dipping into the back of the net. It’s unreal.