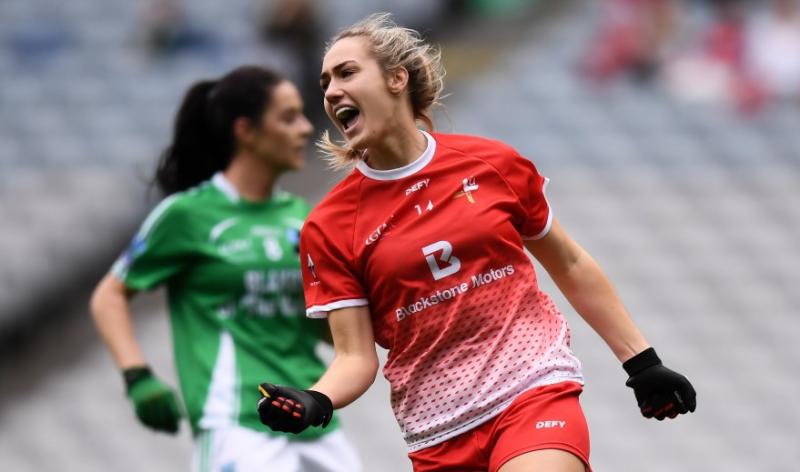 Kate Flood played a captain’s role as Louth delivered their fourth-ever LGFA All-Ireland title - and third of the junior variety - at Croke Park on Sunday.

The Wee County’s leading forward performed the stuff of dreams, scoring 1-8, before replicating Cathy Clarke (1998) and Michelle McMahon (2015) in climbing the steps of the Hogan Stand to greet the West County Hotel Cup.

There is, of course, the achievement of a return to the intermediate grade following a two-season absence for Louth, a stint which they will hope to prolong as they graduate several of their exciting underage prospects into the fold.

But in the here and now - albeit the management have been keen to stress otherwise throughout the campaign - this will serve as sweet redemption on the back of last year’s decider defeat by Limerick. 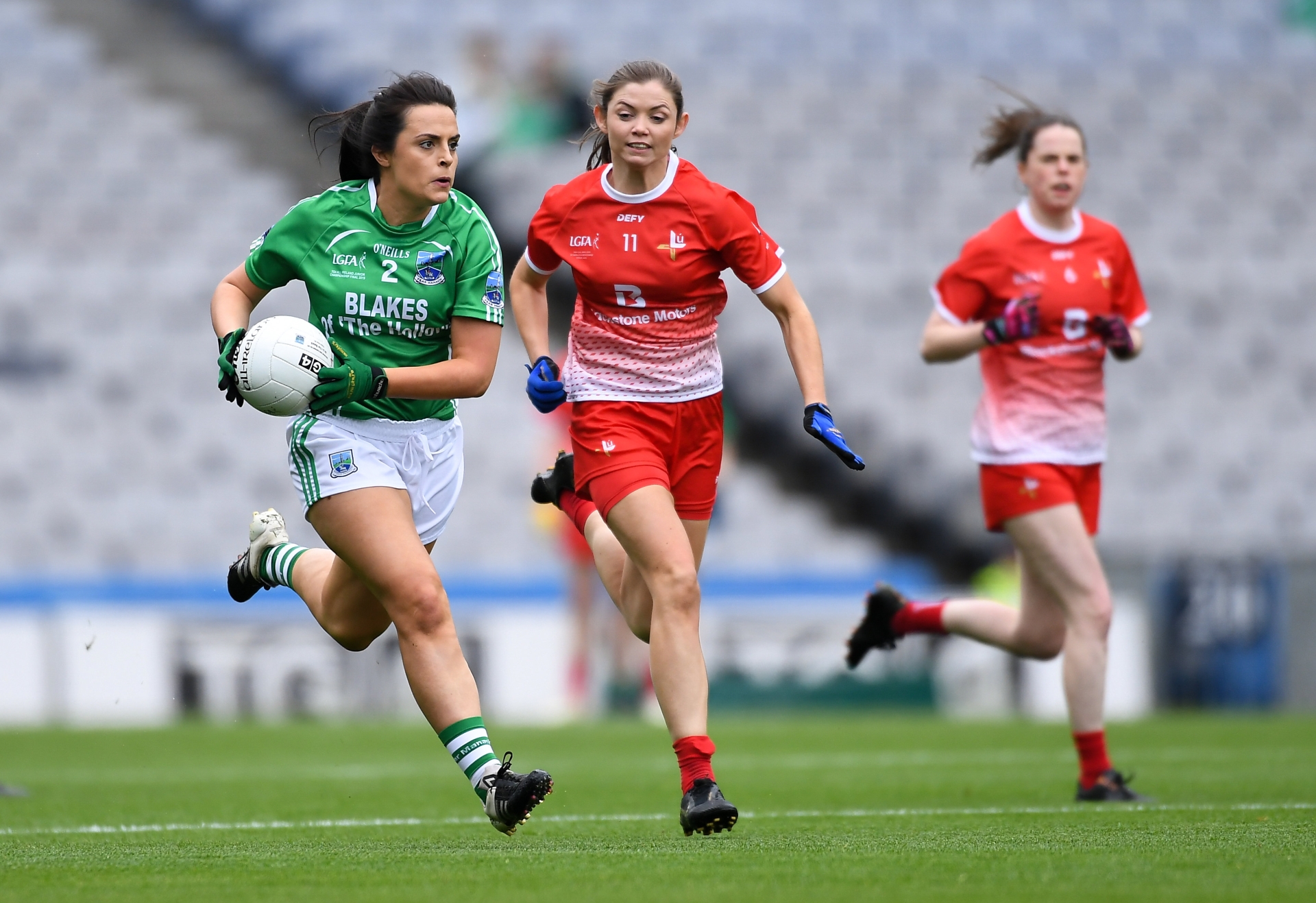 Louth have simply been a different proposition 12 months on, a full season under Darren Bishop’s watch has clearly served them well - a Leinster title, bringing up two-in-a-row, followed by an unbeaten championship run to the ultimate crown reflects as positively on the Monaghan native as it does his relentless charges.

They had the look of winners from a very early juncture at Jones’ Road, their pockets of followers spread stadium-wide having plenty to cheers about, especially where Flood was concerned. The St. Patrick’s star shot all bar one point of her team’s first half 1-6, including lifting the net with an incredibly-taken goal approaching half-time.

She was ably assisted for the major by Niamh Rice - who would later rocket Louth’s second three-pointer to the net in sealing the victory - and Eimear Byrne, who had a powerful match at midfield, probably her best of the year. Michelle McMahon and Sarah Quinn were outstanding, too.

Fermanagh looked impressive during the opening quarter, but were unable to translate their good build-up into scoreboard currency, as was underlined by their failure to register from play until Lisa Maguire’s goal in the 38th minute. 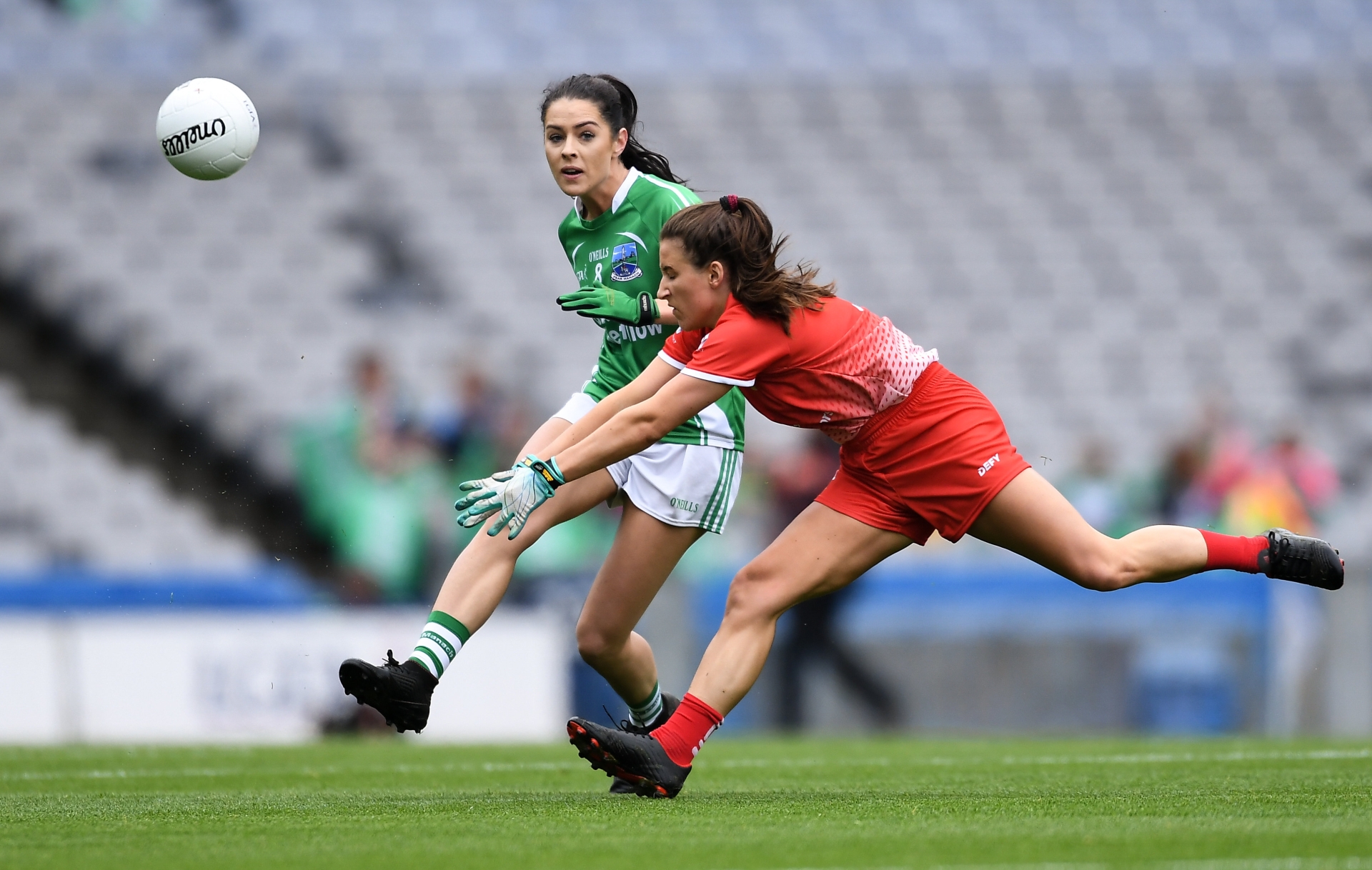 That brought the deficit back to 1-9 to 1-2, and six a minute later, though a comeback was out of the question, even before Rice’s incredible finish into Hill 16.

Louth’s day and Flood’s hour, the way it was meant to be. And, with less than five minutes to go, lethal Lauren Boyle capped it coolly, slotting past Shauna Murphy to the bottom corner.

Substitute Aisling Maguire struck a second Fermanagh goal at the death, but it was a score well and truly of irrelevance.

The Reds are champions!