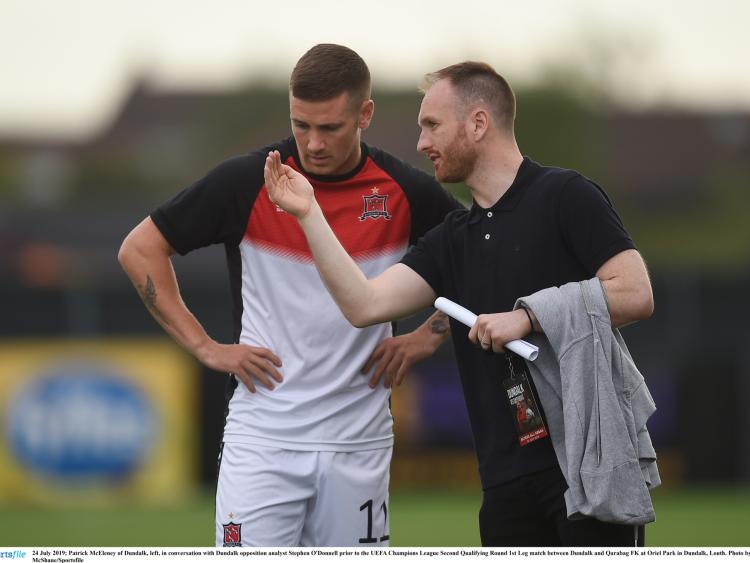 And so, five years and a week to the day since Dundalk FC produced the first major result of their modern European history, The Lilywhites are in with more than a fighting chance of adding another significant epoch to their fairytale in Azerbaijan tomorrow night.

In 2014, having lost the first leg 2-0 at Oriel Park, Stephen Kenny’s men memorably pipped Hajduk Split 2-1 in Croatia, almost pulling off an incredible victory which would have sent them to Kazakhstan for the next round.

The likely prize for progression this time around is another trek of an inter-continental flavour, Cyprus’ APOEL resounding favourites to progress past Sutjeska following their first leg triumph in Montenegro.

Arguably the most important aspect of the situation is that the dream remains alive, following the score draw at Oriel. Dundalk went to Split with little chance and trailed 3-0 in the tie at one stage, which makes their present predicament all the more manageable if they can develop what was a tremendous second half performance last week into a 90-minute effort in Baku’s searing heat.

Luck, to a large degree, has deserted Vinny Perth in his debut campaign at the helm, injury and absence levels being off the analytical scale. But while some contrarians may point to the Michael Duffy affair - which saw him miss the second game against Riga, for the birth of his first child - Dundalk have arguably had their fair share of good fortune during their European campaign thus far. 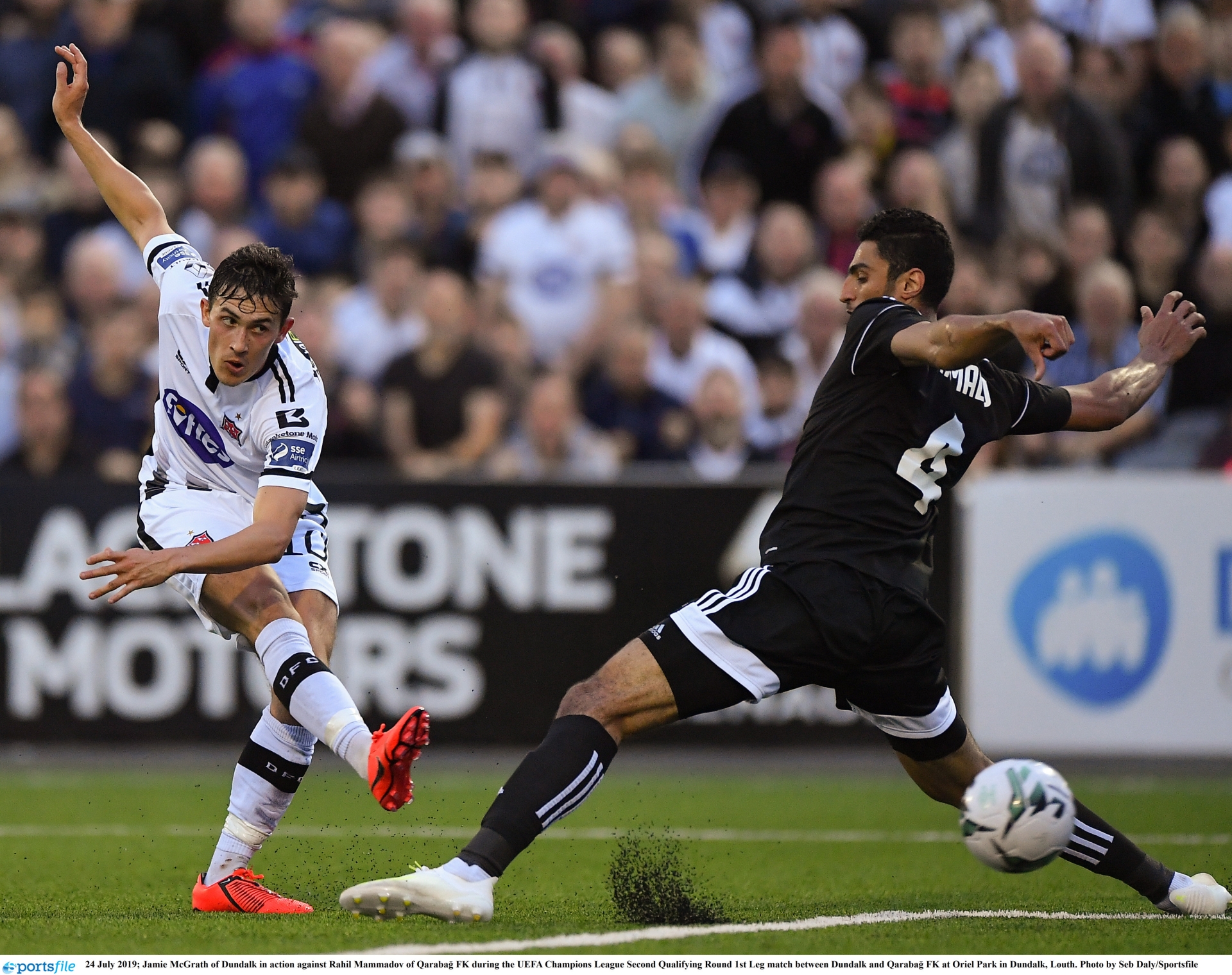 Especially during Qarabag’s visit, where the tie could so easily have been over at half-time, had Gary Rogers - among a few others - not made a few critical interventions. This point essentially renders Dundalk’s second half ascension to the fore redundant. Had it been 3-0, The Lilywhites’ improvement would certainly have been in vain.

And so bringing forth that resilience is but a rudiment for Perth and co ahead of the return fixture, where the conditions, like they did Split, will be mounted in Qarabag’s favour, the plus-30 degree heat being one of the major factors.

Yet this team, Perth’s model specifically, have shown themselves to be adept at soaking up pressure before capitalising ruthlessly on the breakaway. Take the June 28 victory over Shamrock Rovers, where Seán Gannon scored the sole goal at Tallaght Stadium, as a relevant example.

Though, in a more front-foot sense, it was encouraging to see Dundalk create so many chances last week, coming off a 210-minute wrestle against Riga where the play was bogged in midfield. They were back to somewhere in the region of their best offensively, if just lacking the killer touch. Getting Patrick Hoban, as opposed to some of the more creative sparks, on the end of a move in Azerbaijan will be high on the roleplay Perth has devised.

In terms of his team selection, with Robbie Benson out, Dundalk must surely restore John Mountney to the starting XI. They looked a far more dynamic proposition with the Mayo man offering conventional right-wing tendencies upon his introduction in leg one. The back four, one would imagine, will remain the same, with Gary Rogers and Chris Shields gate-keeping either side. Hoban will lead the line, with Duffy on the left, as the dilemmas pertain to the midfield positions.

in #BoyleInBaku@Aboyle_4 talks us through our first day in Azerbaijan as the Lilywhites prepare to take on Qarabağ FK in their #UCL clash tomorrow. #QARDUN #DundalkInEurope pic.twitter.com/767UWDAk8w

Seán Murray may be the best option alongside Shields, although Patrick McEleney has also filled that duty this season. For balance, Murray may get the nod, with that leaving McEleney and Jamie McGrath - who continues to grow into the player his promise suggested he would - to contend for the No.10 void. On form, McGrath has to be favoured, but leaving McEleney - the one with the most ability to unlock a defence - on the bench would be a significant sway for the management.

Indeed, the team selection will declare a lot as to Dundalk’s intentions. Albeit Qarabag have the advantage of an away strike, The Lilywhites would be wise to take to the field with the emphasis on keeping it tight, while bearing teeth on the inevitable occasions they break away.

Partizani, the Albanian outfit who were pipped by tomorrow night’s hosts in the opening round, provided a blueprint, having maintained parity until after the interval. Dundalk would take a similar outcome, as you would back them to score.

Then, the questions would be: Can Qarabag score twice to progress, as they’re expected to? Are Dundalk able to keep a clean sheet? How determinative will the heat be?

Brace yourselves for an evening of deep intrigue.