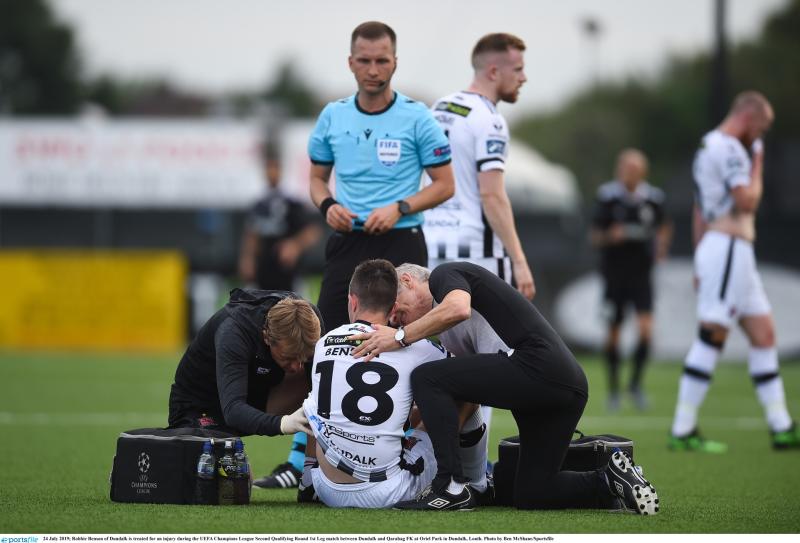 Robbie Benson has been ruled out of Dundalk FC’s UEFA Champions League qualifier against Qarabag on Wednesday night through injury.

The midfielder went off after sustaining a knock to the ribs in last week’s first leg encounter at Oriel Park, which finished 1-1, and wasn’t a member of the party that departed Dublin Airport this morning.

Confirming the news, Lilywhites first-team coach John Gill told reporters: “He’s struggling with that bang he got and there was no point in him getting on a seven-hour flight.”

The Athlone man, as expected, wasn’t involved in Saturday’s 1-0 victory away to St. Patrick’s Athletic, which, following Shamrock Rovers’ 1-1 draw with Cork City on Sunday, means the champions lead the Premier Division by seven points.

However, they could be waiting some time before having the opportunity to add to their 59 points, after confirming that this weekend’s fixture away to Sligo Rovers has been postponed due to The Lilywhites’ European involvement.

Monday’s EA SPORTS Cup semi-final against Bohemians has, too, fallen by the wayside.