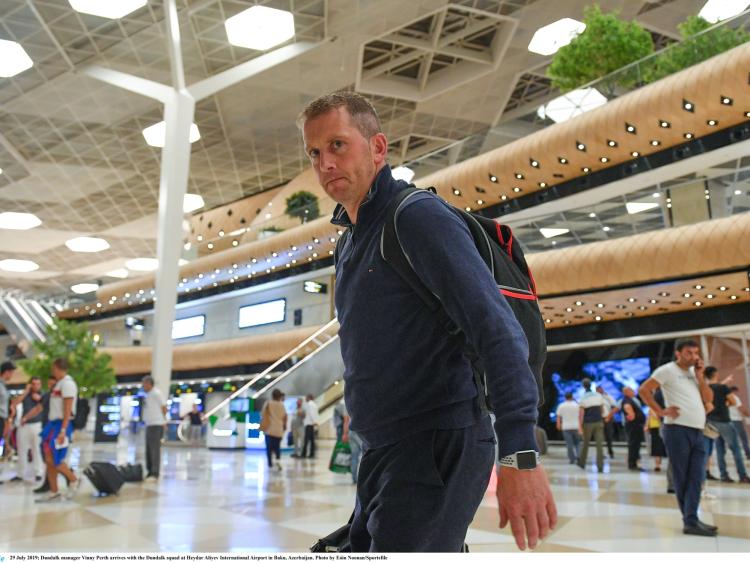 In a week where the Galway Plate takes centre stage in Ireland, on the opposite side of Europe – some 22,000 furlongs away – Dundalk FC say “we’ll back ourselves” against The Horsemen in a bid to land a €500,000 pot.

Unfortunately – for some – the feature event of the week-long action in the West (7:20pm) clashes directly with Dundalk’s UEFA Champions League second qualifying round decider against Qarabag in Baku (Wednesday, 6pm Irish time, 9pm local time).

Azerbaijan is a country where horses are heroes. The Qarabag horse is its national animal and, based on that, the football club’s crest contains two rearing steeds. The club’s nickname is ‘Atlılar’ (The Horsemen).

The European group stage regulars are, of course, strong favourites to clear this fence and go head-to-head with APOEL (Cyprus) or Sutjeska (Montenegro) in the next round. 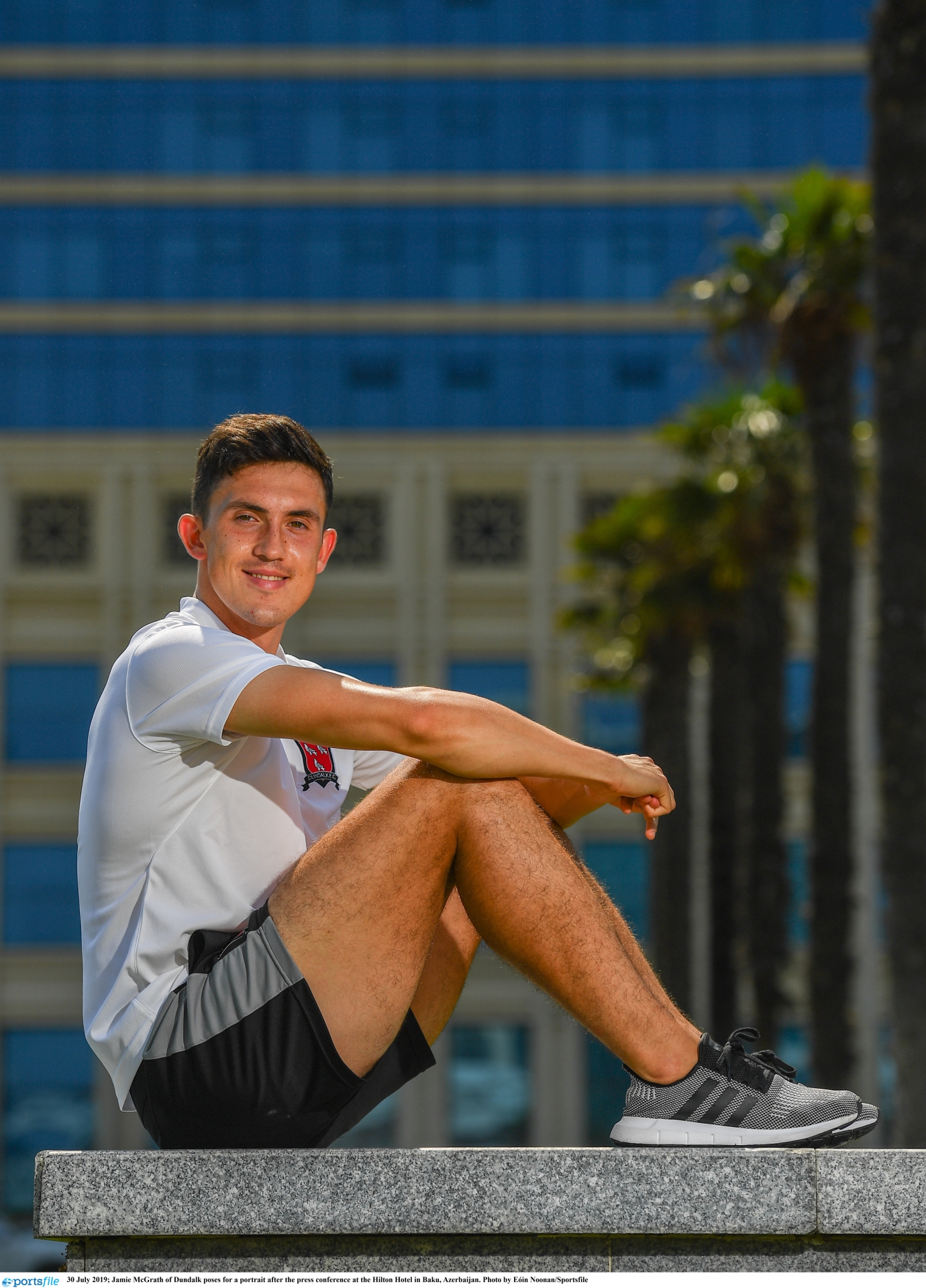 However, like the Plate – one of the biggest events on the Irish horseracing calendar – Dundalk have been known to produce a shock, and there’s an air of confidence in the camp as they approach this latest obstacle.

The Lilywhites have to score to cancel out Qarabag’s away goal at Oriel Park as they look to upset the odds. Midfielder Chris Shields fancies their chances of doing so at the Dalga Arena, but is also well aware that they must keep the stable door shut.
“It’s slightly different to the league, but we’ll be going out there to back ourselves,” Shields says. “I think we will get chances and it’s just about keeping the door locked at the other end.”

The 28-year-old knows “Qarabag are a good, experienced European side”, but Dundalk have displayed quality on the continent, too.

Their head coach Vinny Perth has also thrown weight behind his players to deliver on the big stage. 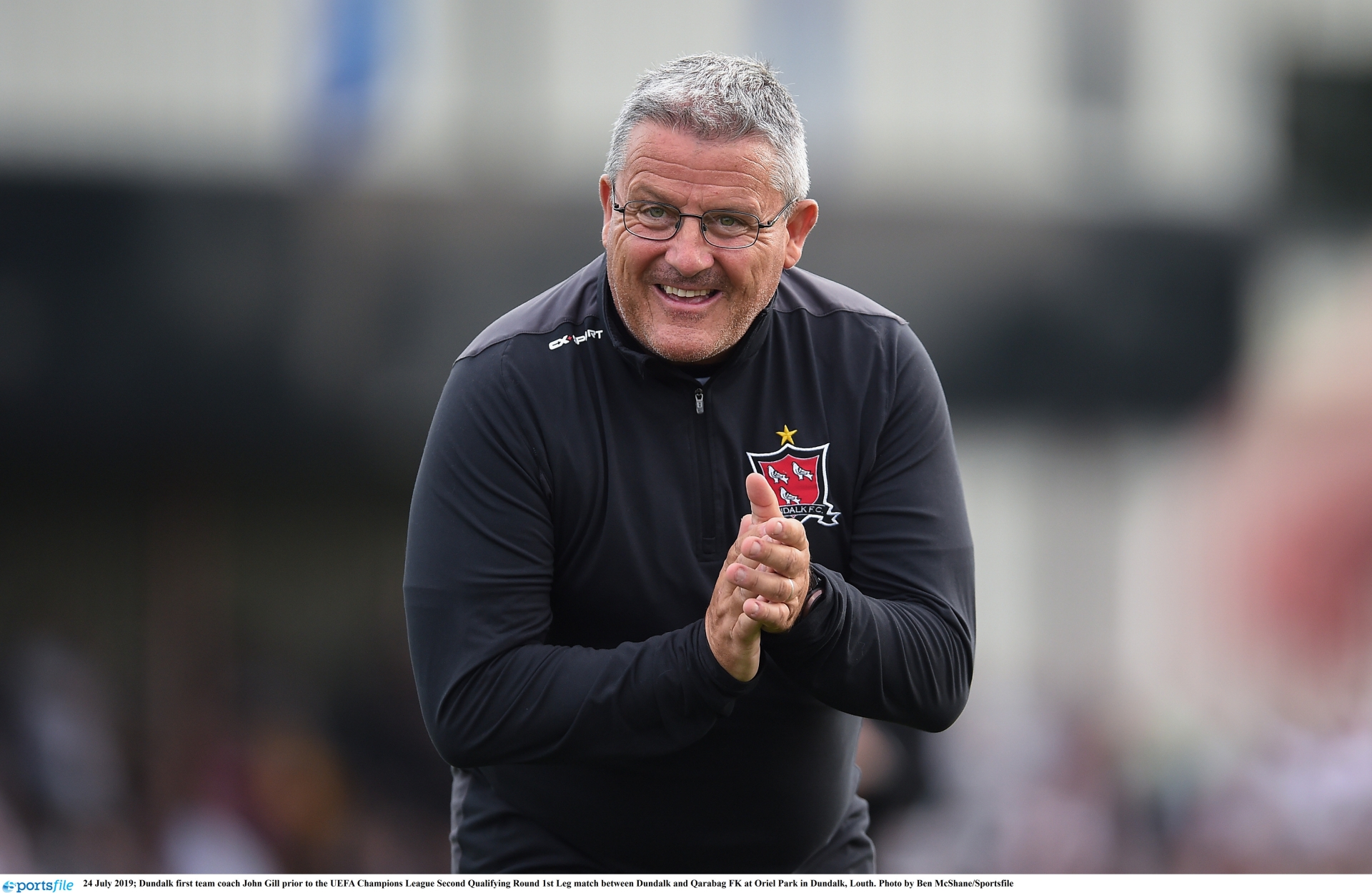 “Listen, we need someone to step up to the plate and make a big moment,” he says. “But we’ve got big players in that dressing room, we’ve got big characters.

“McEleney, Duffy, Hoban – they won’t be found wanting. If the moment comes for them, I’m confident they can take it. We just need to create that big moment.”

Qarabag – still in pre-season – have been champions of Azerbaijan for six successive years, having started to dominate the domestic game there in 2013, just months before Dundalk did likewise here.

They have certainly conquered Europe quicker than their Irish opponents, with five consecutive group stage appearances – one in the UEFA Champions League and four in the UEFA Europa League.

Some of their players, particularly Frenchman Abdellah Zoubir and Brazil-born Azerbaijan international Richard Almeida, were classy in their first leg performances.

But how good are Qarabag?

Dundalk defender Seán Gannon has seen his side come up against Zenit St. Petersburg, Legia Warsaw, Rosenborg and, among others, BATE Borisov – the latter eliminated Qarabag from the Champions League last season, which in itself gives encouragement.

#UCL PREVIEW | "We're over here to go through," says #DundalkFC right back Sean Gannon ahead of tomorrow's @ChampionsLeague tie with @FKQarabaghEN.#DundalkInEurope #QARDUN

“But I thought we showed that we’re more than a match for them. We don’t feel inferior to any team. We always go out to try to win.

“They’re a good side, they’re up there, they’ve got great European pedigree. But we have to be confident in ourselves going over there and that’s what we’ll be doing.”

He adds: “They’re a good side, they’ve got good movement and they’ve dangerous players up top. We need to concentrate at the back, but we have shown that we can create chances – I thought we had the more clear-cut chances – and there are plenty of positives going over there.”

Should Dundalk lose – with €1.2 million already banked – they would have a consolation prize of a place in the Europa League third qualifying round, against either Slovan Bratislava (Slovakia) or Feronikeli (Kosovo). However, that scenario has not even entered Gannon’s thoughts.

“We’re not worried about the Europa League or anything like that at the moment. We’re in the Champions League, we want to stay in it. If that happens, then we’ll deal with it, but for now, it’s all to play for in the tie.

“It’s all level and we’re probably unlucky not to be going over there leading the tie. We have to just concentrate on that.”

For all their brave displays on the road, it must be noted that Dundalk – the very first club to claim an away European victory, in Zurich in 1963 – have only once won away on this stage since 2015. That was a 1-0 success at Levadia Tallinn in Estonia last year.

#DundalkFC's #UCL 2 QR, 2nd leg tie with Qarabağ will be shown live in the Lilywhite Lounge on the big screen and in the newly-refurbished Enda McGuill Suite.

Matchday prices on all drinks and complimentary finger food served at half time.

Doors open at 4.30pm - KO is at 6pm pic.twitter.com/vvNYkRcMct

Of course, a 2-2 draw in Iceland was enough to eliminate FH three years ago, while they probably would have seen out a 1-0 win against Legia in Poland had they not needed to commit players forward. They also brought Rosenborg to extra-time in Norway in 2017.

They may well need to do ‘an Iceland’ on it, but John Gill says you cannot bet against this team.

“It’s 1-1 and people will be writing us off, okay,” the first-team coach predicts, “but never write this team off.

“This team has gone away to big venues before and got results, like Hajduk Split (2014). We won’t be going over there to sit in and score a moral victory. That is not what this team and this club is about.

“We’ll be going over there to win the tie. Look at how many chances we created in the second half; there’s no reason why we can’t go over there and do the same.

“Now, it will be a difficult night at the office – temperatures, travelling, that all comes into it – but that adds to it. That adds to the excitement of it. But we fully believe we can go over there and get a result.”

With three draws from their three European outings already this season, it could be another photo-finish for Ireland’s champions, who would certainly accept the returns of a Riga repeat.