REFLECTION | Dundalk FC, the greatest, it was said. Some skitted. Who’s laughing now? 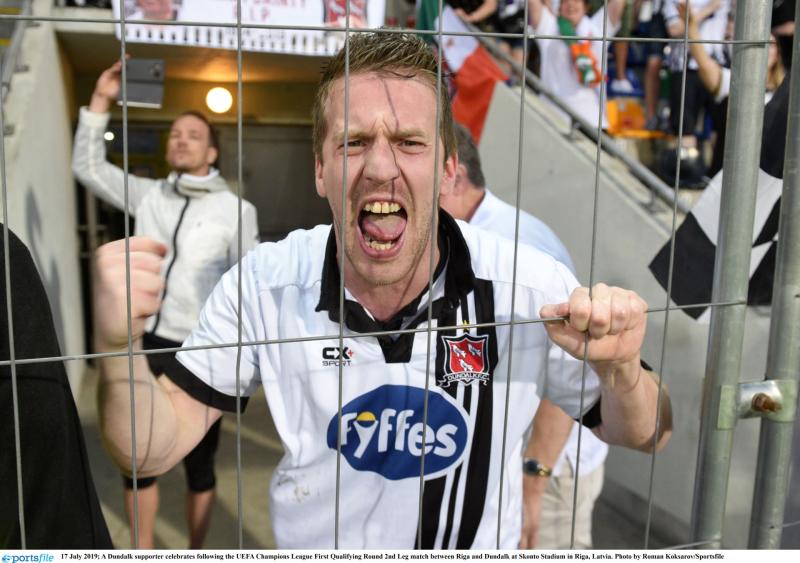 The club chairman’s remark wasn't made in the context of a European qualifying tie, that exposes The Lilywhites to the type of fortune that the success of this season hinges upon, but it seems uncannily applicable. Last night’s second leg win over Riga was simply chaos in its extremest form.

Now Dundalk will do something 2016esque, and play in three European qualifying ties, with the possibility of another in a bid to make the lucrative group stages. Although that may be getting slightly ahead, as upcoming opponents Qarabag will arguably be the strongest of the teams The Lilywhites have faced in their six successive seasons of playing football on the continent.

But it’s set to be a pleasant experience, and, above all else, how could you not be delighted for the like of Seán Gannon, Chris Shields, Dane Massey and, more than anyone, Gary Rogers? 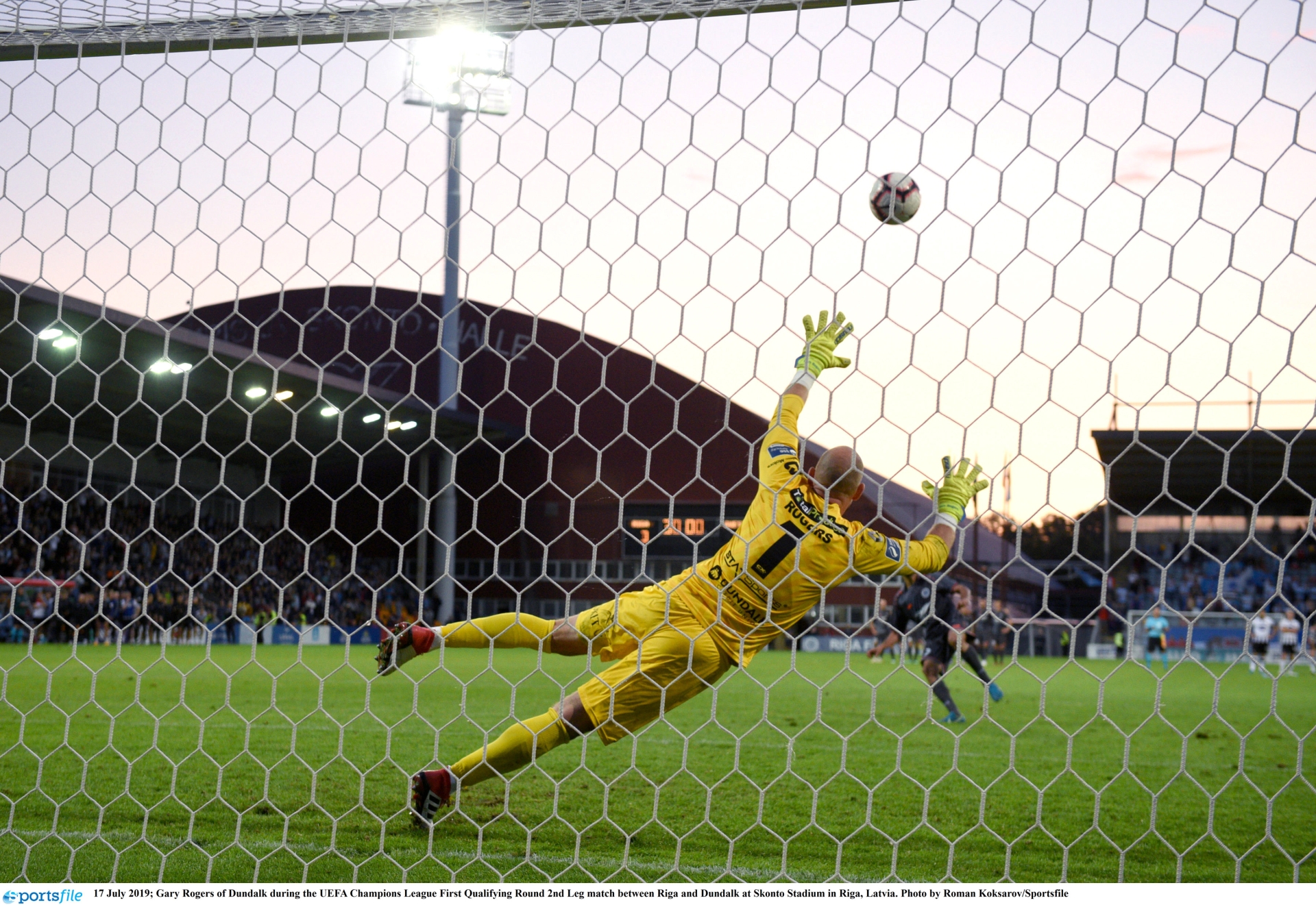 It was written in these pages a number of weeks back that this Dundalk team, given the longevity of several of its parts, was the greatest in the history of Irish club football. Some skitted. Who’s laughing now?

With regularity, Dundalk are season after season the country’s flagbearer in Europe. Always, it seems, dutied with flicking the switch on their way back to fully concentrating on domestic concerns.

There are of course detractive elements to the great run of recent times, Oriel Park and its abundant inadequacies chief among them, but nothing can take from the rollercoaster ride, of which the memories are worth more than even the Americans’ money can buy.

A picture tweeted by Ruairí Murphy of his father, Jim, and nephew embracing emotionally at full-time tells a tale of how much football - and the Carrick Road club - is embedded in the lives of so many. Dundalk FC may be owned by men of foreign descent, but it belongs to The People.

In several ways, there was a touch of Trondheim about last night’s mission. Dundalk deserved to pip Rosenborg in 2017, but came up short in extra-time of the second leg. The reaction of those involved that night would have tugged on the heartstrings of a misanthropist. Similarly, in Latvia, it would have taken a cruel twist of fate had Dundalk’s course been prematurely diverted towards the Europa League. 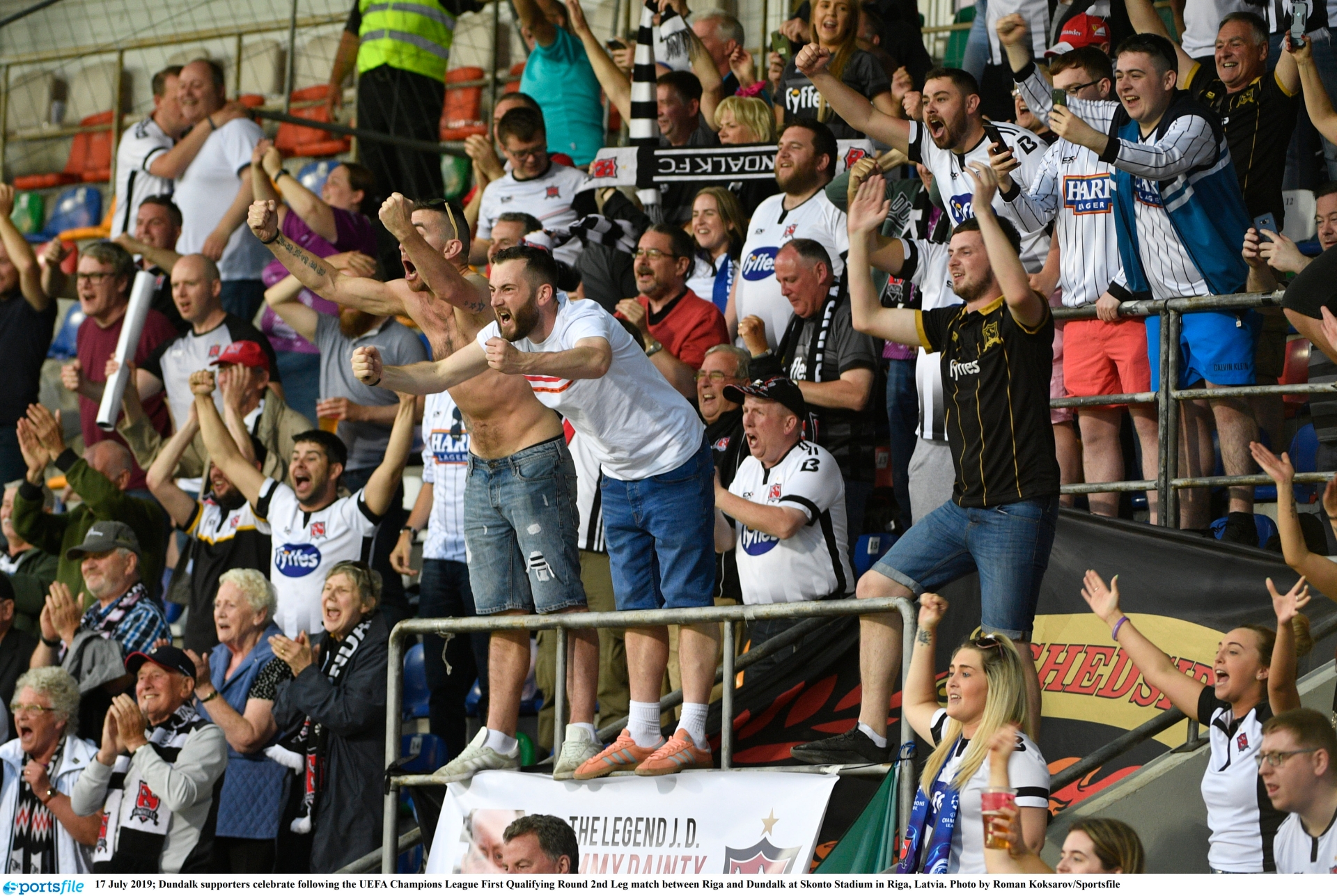 This team’s shootout record hasn’t been great, either, the most painful of all being the 2017 FAI Cup final experience, where Michael Duffy - who became a father on the night of the team’s next lottery - saw his decisive effort saved.

Vindication and redemption, in equal doses, on several fronts.

For all of the victories of the past six years, there have been numerous heartaches. While the 2014 Cup quarter-final defeat by Shamrock Rovers wouldn’t rank with the next season’s anti-climatical draw with BATE, or 2016, when Seán Maguire’s shot nicked off Brian Gartland’s heel…, or the Trondheim tragedy, or the Zenit losses, it’s the first that comes to mind as I write.

These anguishes have been the making of a tremendous and bonded group. It’s easy to stick together when the times are good, but the integral parts of this team are unified by more than temporary motives.

It’s no coincidence that the club’s focal points remain those who Stephen Kenny signed as this dominance got underway - Gannon, Massey, Brian Gartland, Shields, Andy Boyle, Rogers, Patrick Hoban, John Mountney. Jamie McGrath, Robbie Benson and Seán Hoare have immersed themselves, as, too, have Patrick McEleney and Duffy.

There is a brotherhood, an affinity to the town and its tenants at this stage. And the role Vinny Perth, someone who was there as these dressing room relationships grew into something more than just a fickle understanding of mutual accord, has played can’t be understated. He knows, he just knows. Simply put, he’s the only man who could have continued what Kenny started and maintained it.

But, regardless of their tight-knit nature, defeat last night, thus depriving Wednesday’s ‘opportunity’, would have been possibly the heftiest of all the blows sustained.

Every element was against them. There would have been merit in falling short under the circumstances. Duffy absent, their every probe being repelled by Rigan resilience, the dead weight of expectation, etc.

This was all explained in the outpouring of emotion after Hoare stroked home the winning effort from 12 yards.

“There is no pain in the wound received by victory.”