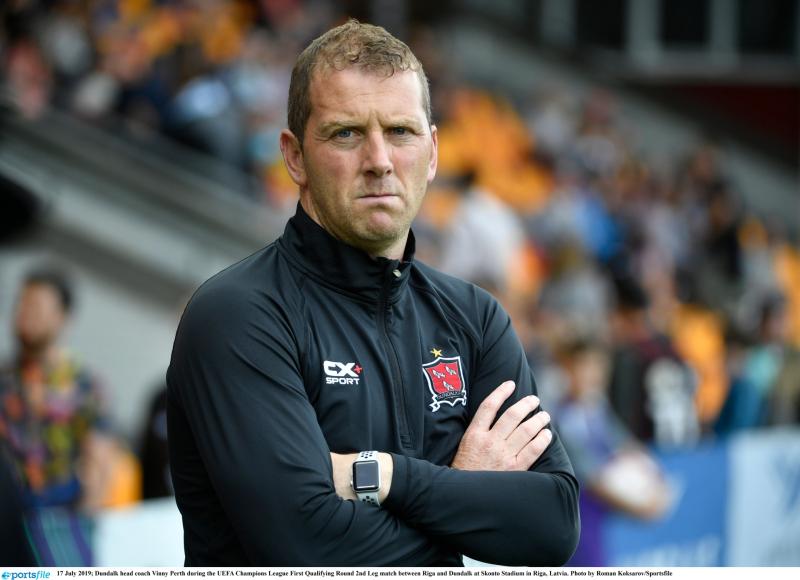 The Portuguese supremo is friendly with Andy Burton - an influential figure at Oriel Park under Peak6's ownership - who is believed to have beckoned Perth to a FaceTime call with Mourinho in the minutes after Dundalk's penalty shootout triumph.

It was, perhaps, the crowning glory on a crazy night, where winger Michael Duffy's partner gave birth to a baby boy in Ireland, the Derry man having missed the crucial second leg as a result.

"Jose just rang, I was a bit emotional and then that added to it because he's a hero of mine," Perth is quoted as saying in the Irish Independent.

"I know people question what he has done in the last couple of years, but, for me, he has always been a hero so for him to ring and congratulate me was a surreal moment, a weird moment.

"We felt pressure tonight as a staff. Not from the club, but from ourselves. It was a real special moment."

Dundalk face Qarabag in the next round, with the first leg at Oriel Park on Wednesday night.