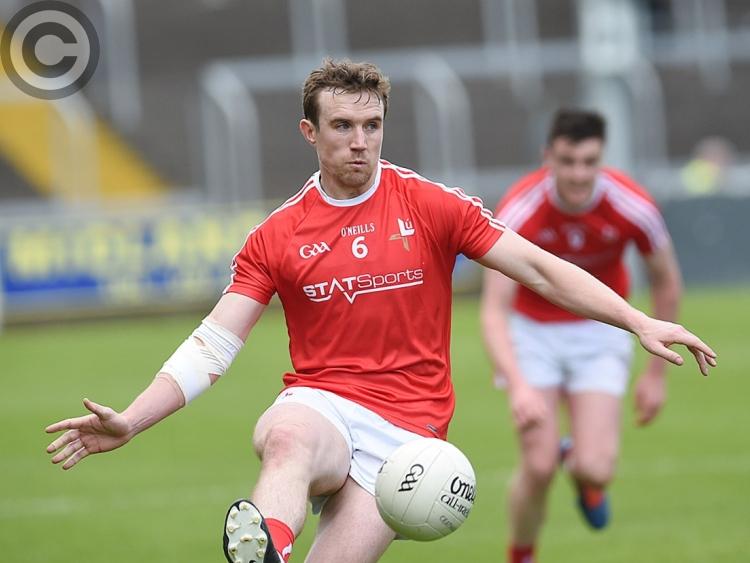 Louth captain Bevan Duffy: "We’re at such a low now, we’re going to have to get our heads out of the clouds for the qualifiers".. (Pic: Arthur Kinahan)

But the Wee County skipper insists the “eye-opening experience” can’t overshadow the progress they’ve made under manager Wayne Kierans.

The St. Fechin’s man was one of Louth’s stronger performers in the 5-21 to 0-10 defeat at O’Moore Park and says he’ll never forget the Dubs’ test.

“No matter of the result - win, lose or draw - it was always going to be about looking forward to a game in two weeks’ time,” Duffy said.

“It’ll be massively tough because of the work we’ve done over the last two weeks in getting ready for this game. The physical and mental preparation over the last few weeks; at the end of the day, we didn’t do ourselves justice.

“It was partly ourselves just not performing to the levels we can and partly Dublin as well; they’re a relentless machine, just constantly running with power and pace - it’s an experience I’ll never forget.

“Physically they’re miles ahead, their clinical, decision-making in front of goal, it’s an experience I’m not going to forget.”

Duffy wouldn’t be drawn on the notion of a tiered championship, but added: “We’ve progressed well this year, but this is obviously an eye-opening experience that makes you sit back and think. But we just have to get back at it, today doesn’t really matter (overall), we have progressed.

“If we get a win in the first round of the qualifiers, suddenly everything is up again.”

The Reds begin their backdoor campaign against Antrim on Saturday week, June 8.