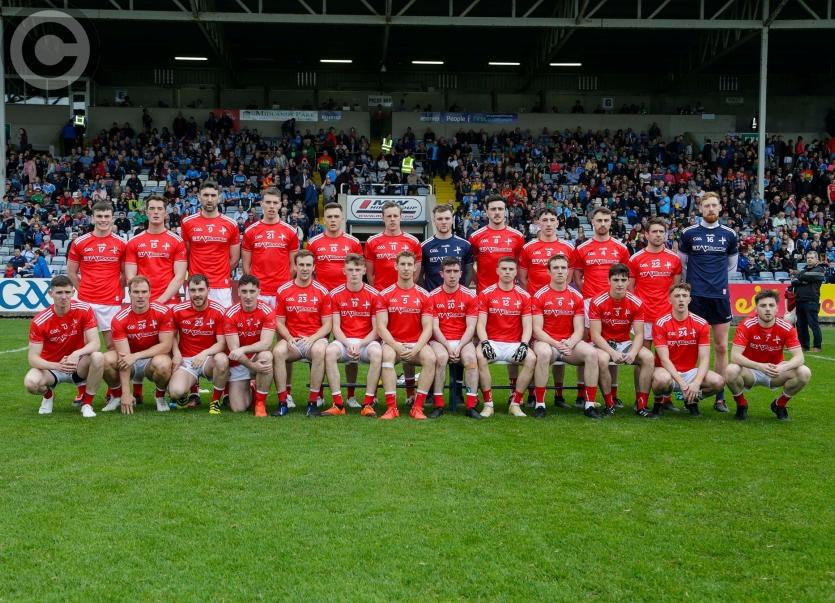 Wayne Kierans is absolute in his faith that the Louth panel will stick together ahead of June 8’s All-Ireland qualifier against Antrim in Drogheda.

The Reds were drawn against the Saffrons in Monday morning’s backdoor formality, for what will be their first championship meeting since 2013, less than 48 hours after receiving the tanking from Dublin that ended their provincial interest for another year.

Yet the Louth manager is confident that he’ll have a full deck to select from on Saturday week.

“I’d be very confident that that team and squad will stick together, very confident,” he told The Democrat. “I don’t envisage anybody leaving the panel.

“We’ll get a lot out of the qualifiers if we can get a couple of wins. Our season’s not over. We’re down at the minute and a bit fed up, we’re after getting a spanking, but we’ll keep going. We can’t let this define our campaign.

“All the talk about just missing out on promotion, that’s sort of washed away, (but) we just need to move on because we can be a lot better.”

Similarly, skipper Bevan Duffy reckons his team are better than they displayed, but admits picking up the pieces will be difficult ahead of their next assignment.

“No matter the result - win, lose or draw against Dublin - it was always going to be about looking forward to a game in two weeks’ time,” Duffy said.

“It’ll be massively tough because of the work we’ve done over the last two weeks in getting ready for this game. The physical and mental preparation over the last few weeks, about getting into the right frame of mind and going to give everything at these, at the end of the day, we didn’t do ourselves justice.

“It was partly ourselves just not performing to the levels we can and partly Dublin as well; they’re a relentless machine, just constantly running with power and pace - it’s an experience I’ll never forget.”