INSIDE TRACK | Louth break records, are led by Bevan Duffy and unearth a few players in positive league campaign 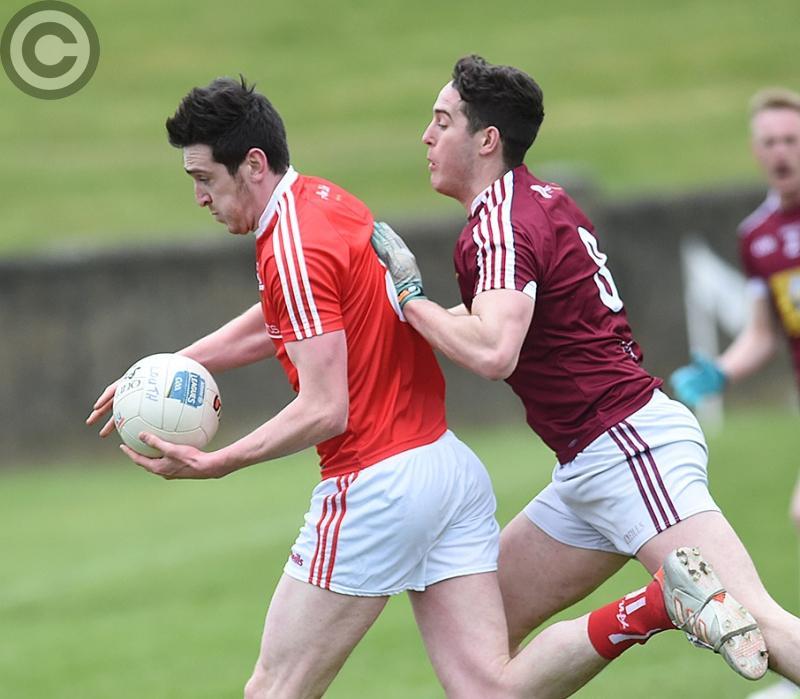 Louth senior footballers punched above their weight in the National League; had they been able to land a knock-out punch in their final game - last Saturday’s back-fixture with Westmeath at Drogheda - their prize would have been beyond the wildest of pre-competition expectations.

There were several chances over the 70 minutes-plus to put the Midlanders on the canvas, producing a win that would have landed the Reds in the Division Three final, but even better than that, give them a quick return to the second tier. One of them came with the last kick of the ball. Conor Early, not long in as a replacement for the unlucky James Califf, had a shot from about 30 yards, but got more height than length into his kick. The outcome ended all hopes of a home win.

But long before the young Oliver Plunkett’s clubman skyed his shot, Louth should have done much better around the goals. Sam Mulroy, so good from placed-kicks in the early part of the seven-round competition, failed with three very scorable frees, and when left with an open goal in front of him, Tommy Durnin delayed his kick a fraction too long. Instead of the ball hitting the rigging, it was cleared to safety.

It ended with Westmeath taking a point from a game that only came to life in the final quarter. That was enough to give the Maroons a place alongside Laois at the top, these midland counties set to savour life once again in Division Two.

For Louth it was a case of so close yet so far. A final tally of 10 points instead of nine would have done the trick. But, come on, who could have forecast this being the outcome before – and especially after - the first game with Longford?

There were several in the panel who had experienced all that was demoralising about last year’s winless campaign, a rookie manager was in place, and it would have to be expected the stands and terraces for even the home matches wouldn’t be resounding with the always-helpful vocal support.

Four wins and a draw made it a pleasing if not successful spring. Its highlights were the wins over Laois and Down, at Croke Park and Newry, the audacity of the defeat of Offaly at Tullamore, the splendid consistency of Bevan Duffy and the emergence of James Craven.

Then there was the 5-15 chalked up in the win over Sligo. Not since a Jimmy Mulroy-coached side tallied 6-17 in the 1973 thirty-one point defeat of Monaghan at Carrickmacross has a Louth team kept the people on the scoreboard so busy on a league tie afternoon.

Duffy has been prone to the odd mistake, as was the case on Saturday when a couple of his passes went astray. But if ever the expression ‘driving force’ suited anyone it’s the St. Fechin’s player. In the game as it’s played now with no-one tied to a particular patch, the value of Duffy’s controlled upfield sallies, allied to his fine defensive skills, have huge currency. He put the perfect finish to one of his advances into enemy territory on Saturday, scoring the first of his side’s two goals.

On the downside there’s been a lack of discipline. The Longford tie didn’t provide manager Wayne Kierans with the most auspicious of starts. Since then the ’Bellingham Beginner has been seated in the stands, left to tic-tac with his sideline lieutenants, Liam Kelleher and Cathal Murray.

And in only two of the matches since that opener have the Reds finished with as many players as they started out with. If ever there was a need to have 15 on the field it was in the dying stages of Saturday’s game. Not how it was, however. Durnin, having been landed in it with a bad pass, got himself red-carded.

The championship’s next, Louth’s game with Wexford, away, coming up on the second weekend in May. Colin Kelly, involved with Westmeath for a short while after handing in his Louth badge, will be planning his native county’s downfall over the next few weeks. The former Newtown Blues player’s loyalties are nowadays resting with the Yellowbellies.