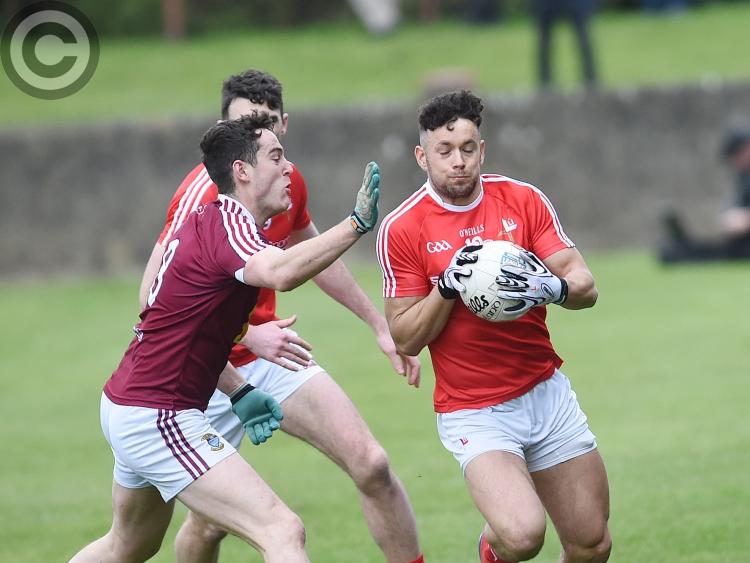 If this Louth team haven’t endeared themselves to county Gaels for their quality of football during the National League, at the very least they have provided more spectator value than any Wee County side since Peter Fitzpatrick’s term at the helm.

But, ultimately, they’ve fallen short of promotion - their target last Saturday - with a draw against Westmeath enough only to send the Midlanders into Division Two, alongside Laois.

It somehow seems insignificant to say that Louth were the better team, and they clearly were, but in lacking a clinical touch, they underlined their inexperience at this level as much as anything else.

They must be commended - and were by supporters at full-time - for their efforts across the seven-match programme. Favourites for the drop at the start, it’s been a thrilling road to redemption after a miserable 2018, but the comfort this provides is scant in comparison to the overwhelming disappointment that was etched on the players as they trudged off post-match.

Full-back Emmet Carolan took some time out as the teams embraced at the climax of a classic struggle. One hand on his waist, the other across his jaw, he embodied the general air of despondency. Having beaten Down in Newry last week, to set-up this head-to-head tussle, nothing bar victory seemed to enter the Louth equation, something which makes this fall all the harder.

The Newtown Blues man was involved in the game’s key moment shortly after half-time. His barge on John Heslin as the Westmeath forward broke towards goal was worthy of the referee’s attention, but the incident most certainly took place outside the rectangular zone, and so the award of a penalty - which Ger Egan stuck away - was the wrong call.

“A goal last week in the grey area. A penalty this week, was it even a free? Was it a shoulder to shoulder? According to our sources, it was outside, but there is no VAR in GAA so you just have to play the referee and sadly it didn’t go for us today,” was selector Liam Kelleher’s view of the incident.

Nevertheless, Louth must look closer to home for allowing the game to slip away. After Jim McEneaney had put them back in front from a subsequent spot-kick, at 2-5 to 1-7, the hosts, crucially, struck three wides in succession to leave Westmeath in contention.

Indeed, from their second goal on 48 minutes, Wayne Kierans’ men had to wait until stoppage time to register once more - a lean spell almost identical to the one which nearly cost Louth victory against Down.

“I thought we had a number of chances to score that normally we would take.

“We came here to win and it just probably didn’t happen for us today. I don’t think our performance reached the levels of Down last week; the adrenaline rush of last week couldn’t be sustained.

“I’m just incredibly disappointed for the team itself. They’ve come a long way, they’ve put in great effort in training and you’d fully recognise that they have improved from game-to-game.

“While we’re disappointed now, I’m incredibly proud. Wayne and Cathal (Murray) have done a tremendous job on a coaching front, but the players listened, they improved and I would say the future is brighter than it was three months ago.”

Louth led for much of the encounter and with Ciarán Downey enjoying the best cameo of his inter-county career during the opening 11 minutes - scoring three points - the hosts held the initiative approaching the half’s midway juncture.

Although referee Seán Laverty let them away with a grave error in defence. A poor punch clear from Sheekey saw Heslin - who endured a poor outing by his high standards - flick the breaking ball to the net inside two minutes. Though, for what could only have been a foul on the Louth ’keeper, the goal was chalked off.

Ger Egan kept Westmeath in touch from frees, but their play swayed on the side of caution, with 14 men in defence on every occasion Louth ventured forward. Thus Sam Mulroy and Declan Byrne - the Wee County’s inside men - roamed in captivity for the entirety of the first half.

But a carefully pieced-together team move broke the maroon rear-guard down and, typically, it was Louth’s heartbeat and driving force, Bevan Duffy, who found the net, bursting through to drive, right-footed past Eoin Carberry. It proved to be the separator at the break, 1-4 to five.

The Reds began the second half as the more purposeful, but some exuberance saw them commit too many to attack, allowing Westmeath to turnover and begin a move which ended with the contentious penalty.

Still, the response was impressive with Califf drawing a penalty and McEneaney converting. But from there to the close Louth’s finishing became erratic. Too many opportunities, from play and placed kicks, were missed across the 70+ minutes, but especially entering the final quarter, when victory was there for the taking.

In this period, Egan, Denis Corroon, the excellent Luke Loughlin and Heslin - with a cracking effort - turned the affair around and put Westmeath in front.

James Craven, who had yet another outstanding game, and, deep in stoppage time, Ryan Burns added to Louth’s tally, but the home outfit’s hopes of a fourth promotion since 2011 were dashed and they finished with 14 players for the fifth time in seven outings, Tommy Durnin seeing black following an earlier yellow.

They had a chance to win it in the fifth added minute, only for Conor Early to blaze wide under pressure. Promotion, a league final and Division Two, it just wasn’t meant to be.