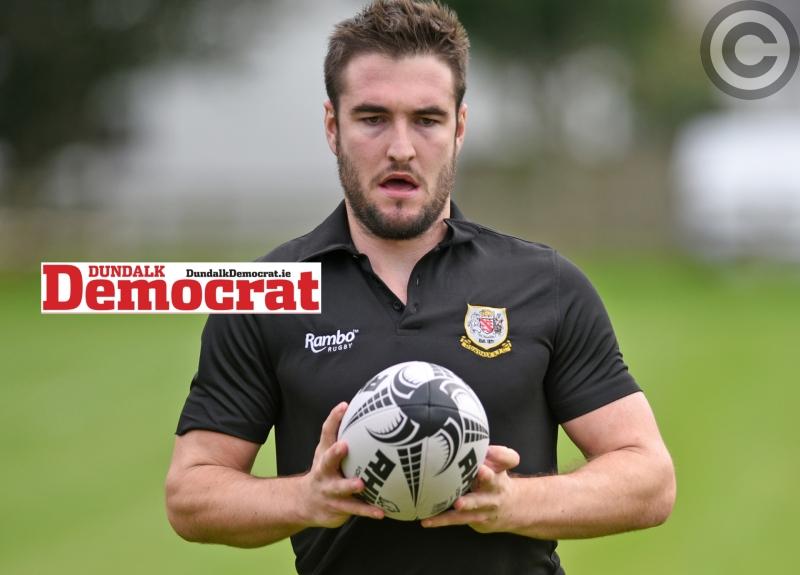 Patrick Reilly is loving life with Dundalk RFC having recently made a return to competitive rugby.

The Knockbridge man, better known as a Gaelic footballer with both St. Bride’s and Louth, scored two tries from the wing in the recent win over Wicklow RFC as the Mill Road men got their first victory of the season.

Having played juvenile rugby with Dundalk, GAA commitments gradually began to take their toll, especially having been a constant on the Louth senior team from 2014 to earlier this year, when he opted to take a step back and enjoy a season with his club.

Reilly helped St. Bride’s retain their Division One status in the campaign just gone, but an earlier than expected exit from the intermediate championship coincided with a call from Dundalk player/coach Niall Smullen, asking him to line-out in a pre-season game with Malahide, and he hasn’t looked back.

“I’m loving it at the moment. It’s definitely something different in terms of preparation and overall thinking and structure,” Reilly told The Democrat.

“There are so many nuances to the game. Football is more ‘off the cuff’ whereas in rugby, there are more structures, but it’s great to be back.”

His try-scoring exploits helped Mike Walls’ men over previously unbeaten Wicklow and put an end to a two-game losing streak, after Gorey and Enniscorthy had accounted for Reilly and co. in consecutive weeks.

Though, ultimately, their aims are set quite a bit higher than achieving an ‘odd’ win ahead of Ashbourne’s visit this Saturday (KO: 3pm).

But, with Wayne Kierans having been installed as Louth manager and the O’Byrne Cup to get underway in less than eight weeks’ time, would a Wee County return appeal to former full-back Reilly?

“I haven’t really thought about going back to Louth,” he said.

“I left last year and left on good terms. I was putting so much effort in and getting no reward and it was affecting me.

“I’m the type of fella who gets bogged down in situations. I needed to take myself out of that and relieve the stress, which was the case when I got back to the club and started to enjoy football again.

“It’s great representing your county, but the demands have got so severe. It not just takes a hold of your life, but even your family and friends’. When you’re fully immersed in it you become narrow-minded and you can’t go away on trips or out at the weekend.

“It’s great to get the enjoyment back. I basically got the whole year with (Bride’s) and the rugby has coincided with that. There is a great social scene to it as well, after every game there are a couple of drinks and it builds the bond with the lads.

“I’m fully committed to the rugby lads, a great bunch of lads who have ambitions of achieving something this year and I really want to be a part of that.”