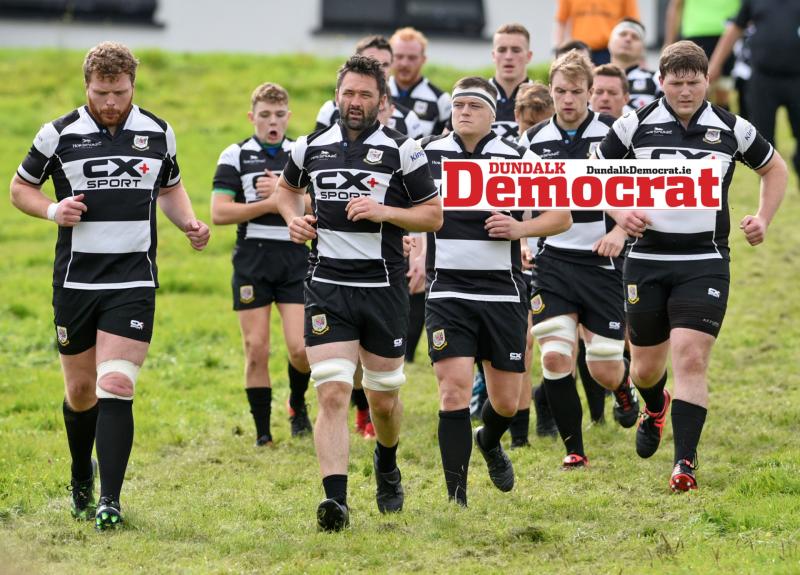 Dundalk RFC fell to their second successive Leinster League Division 1A defeat of the season on Saturday, going under to Enniscorthy RFC in Wexford.

Despite impressing in the first half, and taking a lead to the interval, the Mill Road men fell victim of an intercept try for the second game running as the tide turned.

John Smith’s sin-binning and subsequent dismissal in the second half also made life difficult for the visitors, who succumbed to a powerful Enniscorthy finish which saw the winners score four tries.

Last season’s Player of the Year, Tiernan Gonnelly gave Dundalk an ideal start to the game, peeling off in finding a route across the whitewash, and when Darragh Conroy added the extras, Mike Walls’ team deservedly led, 7-0.

Conroy was also on target from a penalty in the opening period, but Enniscorthy hit back as half-time approached, eventually exploiting the space out wide to open their account with a major, which they converted. That stemmed from a series of scrums which Dundalk successfully repelled, but they tested the patience of the referee in doing so with Smith the one whom he made an example of, brandishing the yellow card in his direction.

Leading 10-7 at the interval, the visitors began the second half positively, but prop Smith was given a second yellow for a high challenge, at which point Enniscorthy were beginning to turn the screw having gone almost the length of the field after intercepting a move from the visitors. And that was a portent for things to come as the hosts went over twice more to supplement handsomely their winning margin.