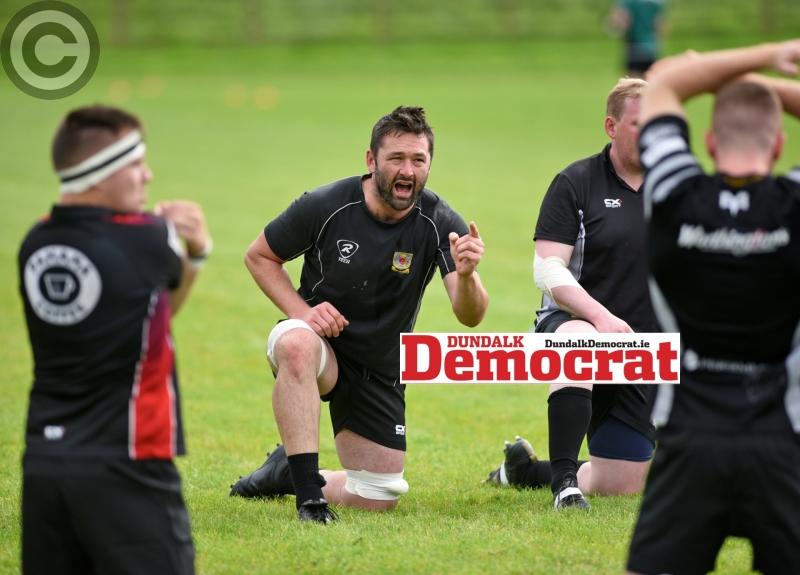 Dundalk RFC picked up their first Leinster League Division 1A win of the season at Mill Road on Saturday afternoon, ending Wicklow RFC’s previously unbeaten start to the campaign.

Winger Patrick Reilly crossed the try-line twice in the second half as the hosts built on a two-point half-time lead to record a massive margin of victory, scoring five tries in the process.

Darragh Conroy was in fine kicking form for Dundalk and he opened the scoring with an early penalty, before the hosts conceded an intercept try for the third game running. The conversion was successful, as Mike Walls’ men found themselves trailing, 7-3, having played most of the rugby.

But Conroy slotted over twice to earn Dundalk a 9-7 lead at the break.

The Mill Road side showed their quality during the second period as Walls and Weber impressed in the half-back line.

Two quickfire tries, with Conroy unerring from the tee, had Dundalk 23-7 in front, Reilly having opened his account before Tiernan Gonnelly touched down.

Wicklow grabbed a lifeline with a second try, but following a missed extras attempt, the match completely slipped from their grasp as James McConnon latched on to Walls’ kick in behind, making it 30-12 after Conroy had shot over.

Another unconverted try brought Wicklow to within 13 points, but Dundalk put pay to any notion of a comeback with two further maximums. Reilly profited from a break by centre German Javier Herrera Luhrs, collecting and driving across the whitewash.

Conroy, typically, struck between the posts before bringing his personal tally to 22 points having got in on the try-scoring act himself, though missing his conversion effort.

Nonetheless, a bonus point victory moved Dundalk up a place in the table, to sixth, ahead of Ashbourne’s visit on October 13.