Dundalk FC manager Stephen Kenny: 'How can you tell me that Patrick McEleney is not an international calibre player?' 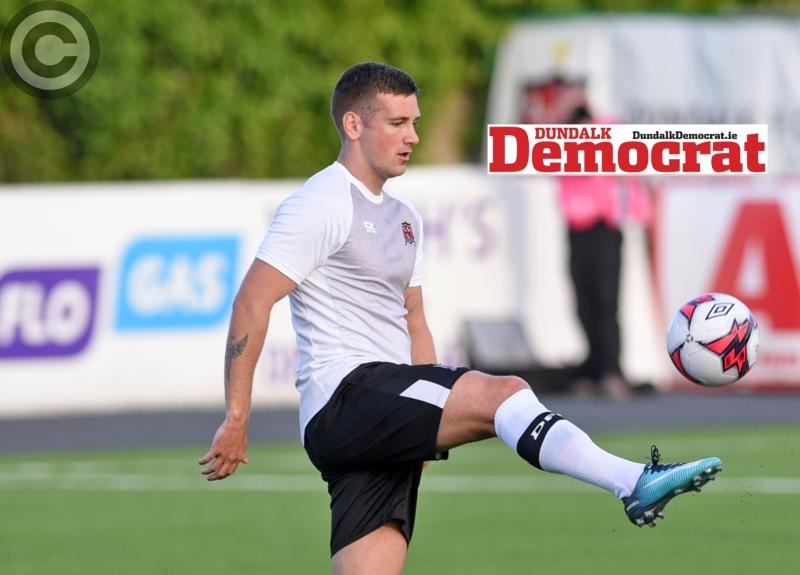 Stephen Kenny admits the decision to move his family from their Donegal home to Dundalk was one of his most difficult ever, but ultimately an opting which was vindicated by the claiming of his fifth league crown.

The Dundalk FC manager spoke in moving terms about the effort exerted this season in bidding to reclaim the title they lost to Cork City 12 months ago.

“It’s been a major move for me this season,” he said. “Cork winning the league last year probably accelerated the move for me.

“To move four teenagers from schools in the middle of exam years was one of the most difficult things I’ve ever done, but you have to do it otherwise I would never have been home. I couldn’t afford to take days off this year, we needed to be here a lot more and work harder.”

The graft has proven worthwhile and Kenny was rewarded for his efforts by the return of Patricks Hoban and McEleney from spells across the water as he assembled a title-winning squad, a panel which he feels is as professional and capable as many of the English set-ups.

And, highlighting the pair, he reckons he has assets who are of an international standard.

“Pat (Hoban) is a very strong character, very strong. We signed him from Mervue and he had the guts to step up and fight off the competition to nail his place down.

“We probably have a better environment to flourish in than other clubs in England. We’re not less professional just because clubs are in England. That’s the whole concept and Patrick McEleney and Patrick Hoban have found that.

“It’s not my fault that other coaches don’t see what I see. How can you not see Patrick McEleney? Did you see Oldham (drawing) 0-0 with Swindon last week? How can you tell me that Patrick McEleney is not an international calibre player when he’s played?

“Just because someone wasn’t an instant success in League Two doesn’t mean anything to me. Have you seen some of the games there and the way they are played? It’s of no relevance to international quality. We play differently,” he added.

The Lilywhites boss was full of praise for the club’s American owners and the influence they have had, while also eager to put his management team on the pedestal. However, talk of domination is not on his radar.

Describing his team as “humble”, he acknowledges that they have no “divine right” to success and thus encouraged the winning feeling to be savoured.

“There is no point in winning things and not celebrating and that sometimes can happen. It happened us before,” he said.

“I hope the players go and really celebrate this. The whole point is the joy that it brings; that’s what it’s about, to celebrate with the supporters and their families.”