'Call me mystic mac, because I'm right' - Dundalk FC hero Hoban responds to those who doubted him in pre-season 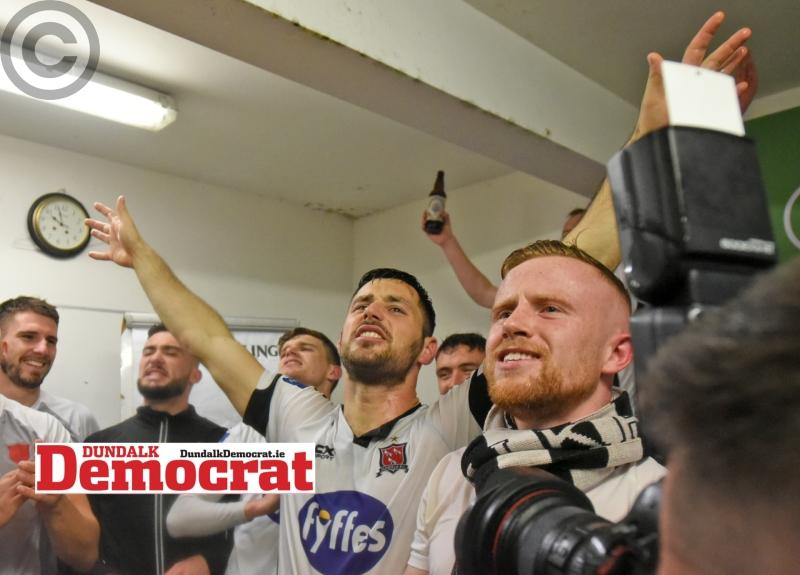 Patrick Hoban made the bold prediction at the season’s dawn that his return to Oriel Park was a good deal for both player and club, and so it has proved.

The Galwegian’s leveller in Friday night’s draw with St. Patrick’s Athletic made sure of the title, whilst also moving the striker on to 26 league goals for the season, surpassing the record of Glen Crowe, Richie Towell and Jason Byrne.

He becomes the first player in the Premier Division era to reach the landmark and earns the right of being the first man to score more than a quarter-century in the League of Ireland since Finn Harps’ Brendan Bradley in 1974-75.

And, with three games to play, Bradley’s 29-goal tally is within sight, while, if he were to hit the 30 mark, Hoban would become the first ever Irish man to do so with England’s Jimmy Turnbull having struck 37 in 22 games for Cork FC in 1935-’36.

“We’re set to break all sorts of records so we’re aiming as a team to do that and we still think that we can improve. Winning a league title, there is no better feeling,” Hoban said.

“I’d a lot of ups and downs in England and it knocked me big time. With injuries, it’s been a sort of emotional roller-coaster, but since I’ve come back to Dundalk, I said forget about that and believe in my ability.”

One columnist said earlier this season that Dundalk lacked a clinical goalscorer, but how Hoban has proven him to be wrong…

“That fuels my fire and drives me on and I just love it. I said at the start of the season that Dundalk are getting me at a good time and I’m getting Dundalk at a good time. Call me mystic mac, because I’m right.”