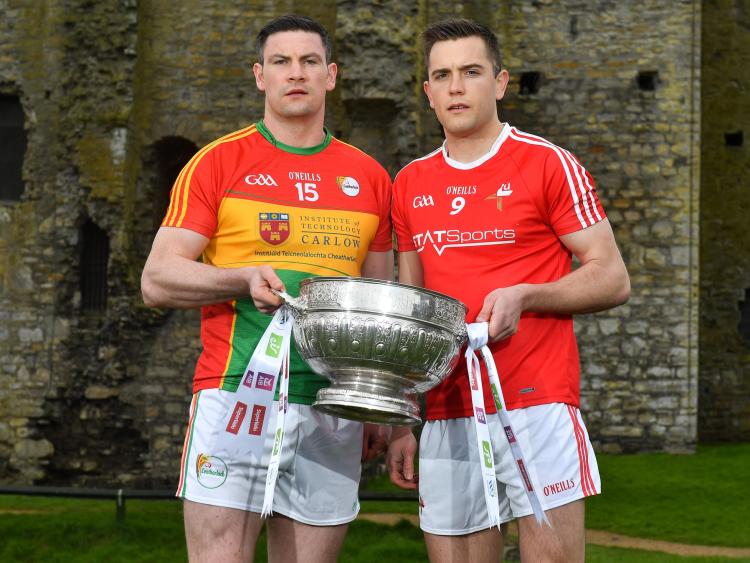 If victory for Louth in Sunday's Leinster Senior Football Championship opener alters the course of a so far traumatic season, a win for Carlow would represent another milestone in a year which will be fondly remembered.

The teams began the campaign two divisions apart and when the draw was made, Louth folk would have been forgiven for planning a quarter-final date with Kildare. Though, following a gruelling Spring schedule, the odds of a one-sided contest have fallen drastically.

For Carlow, a 33-year stint in the basement tier of the National Football League came to an end with promotion, whereas Louth endured the most torrid league programme of the modern format; finishing pointless and cemented like a tap root to the foot of the table.

Basing assumptions on their last five meetings - two O'Byrne Cup, two Leinster Championship and one National League - three wins to two in Louth's favour underlines the fact that there is little between the pair, even if the Wee County should prevail marginal victors.

Were it that championship wins were distributed on the basis of whichever county requires it most, Louth would almost certainly be appearing in September's showpiece. A defeat to Carlow would likely spell an end to the glimmer of hope that harbours throughout a county which has gone from a suffering state last summer to a thinly veiled depression less than a year later. There's something of a lump in the throat of loyal Gaels at present.

Progression on Sunday certainly won't make better the issues that exist with football in this county, but, at the very least, it would salvage some pride.

A line from this week's Inside Track struck a chord with this scribe. "I saw the time when Louth could beat Westmeath by proxy," were the words of a colleague of Joe's back in the day. Substitute Westmeath for Carlow and even in this writer's recollection, when has Louth ever had anything to fear about facing the Barrowmen?

But, if Pete McGrath, not that he's prone to them, is forced to indulge in excuse-making on Sunday evening over why his team are facing the qualifiers, the venue and its choosing will not be a credible one.

Louth, even with their well-documented player turnover, should have no quarrels with playing at O'Moore Park as not only is it a venue where there have been more wins than losses in recent times, but it's a very familiar surrounding.

One player who should have particularly fond memories of the Laois ground is Ryan Burns, who fired 1-7 in the Reds' 2-24 to 3-11 win over Turlough O'Brien's charges in 2016. He lined out, on that occasion, in a full-forward line that also included Conor Grimes, while Bevan Duffy and Declan Byrne are the other two starting attackers to remain with the panel 24 months on.

Byrne is also a survivor of the 2011 loss in Portlaoise. He is set for a centre-forward berth seven years on, having featured at no. 2 that day. Duffy is at centre-half with Anthony Williams at left-half and Emmet Carolan at full-back.

Derek Maguire is right-half back and Gerard McSorley at left-half forward.

The match throws-in at 2pm with Fermanagh’s Niall Cullen the man in the middle.

VERDICT
Minus eye-pleasing football and textbook defending, expect a high scoring game and a Louth win. Though, with Paddy Power offering just 4/5 on the desirable outcome, the only worthwhile investment is in the match ticket and a Sunday roast!